Table of contents: show
1 What Are Memories (iPhone)?
2 How To Create Your Own Memories
3 How to Customize Your Memories
4 How To Delete Memories or Keep Your iPhone From Deleting Them

What Are Memories (iPhone)?

Memories are a way which the iPhone uses to arrange your photos and videos in the form of an album. Memories organise photos based on certain key features of the pictures. These include the date the photos were taken, location. For example, if you take a couple of photos on a trip to New York, the Photos app will likely save the photos into a Memories named “New York”. If you also take some photos on Christmas day, it might automatically save them into a Memories called “Christmas.” This makes it easier to find photos and videos which were taken on a certain event or location. The dates which the photos and videos were taken will also be displayed.

The Memories feature also creates video slideshows of such photos and adds music and transition effects to the slideshow too. With that, you can even share your memories with someone else as a slideshow.

To view Memories saved on your iPhone, open the Photos app. Tap the memories icon at the bottom of the screen. Memories will come up with the pictures, people and locations associated with them if you have any. If you want to watch a slideshow of you Memories, tap on the Play button at the top of the screen. It adds an automatically selected music with transition effects to the Memory. 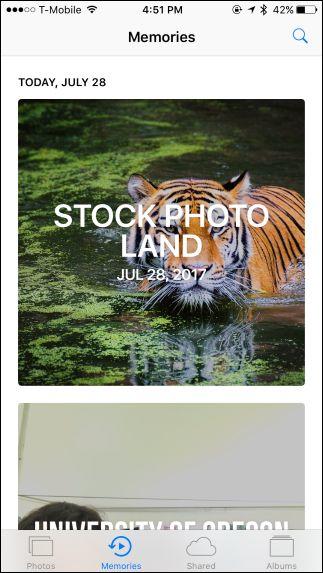 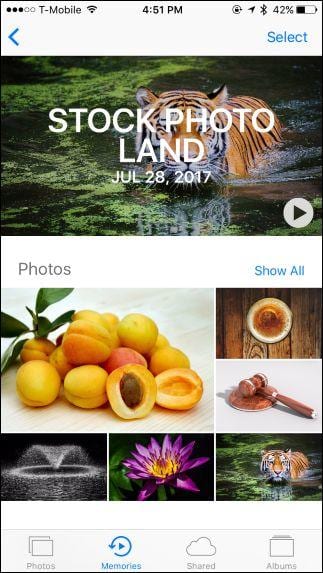 How To Create Your Own Memories

To create a Memory, view any group of photos in the Photos app. The group can be based on a date or location. For example, you could go to the “Years” view by tapping on the Photos icon and pick a year. The app will display all the Photos in taken that year and the Memories made will be for all photos taken that year.

You can also use the Collections view and tap a group of photos which you recently took the Photos app groups photos based on when and where you took them. With that, you can easily pick photos from a particular event, time or location and create a Memory for which the app didn’t automatically create one for.

You can also choose the Album view, pick any album and choose a date range to create a Memory from that album. To create an album, tap Albums and then tap the + icon. Type a name for the album, and pick the photos you want to add to the album.

After you have picked the photos, you want to add to the Memories, scroll down and tap “Add to Memories” to create memories from that group of photos. You can check them out by tapping the Memories icon at the bottom of the screen. 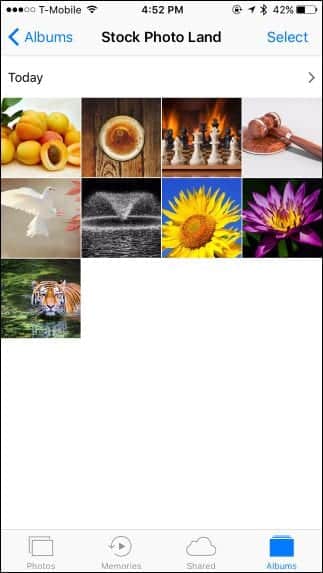 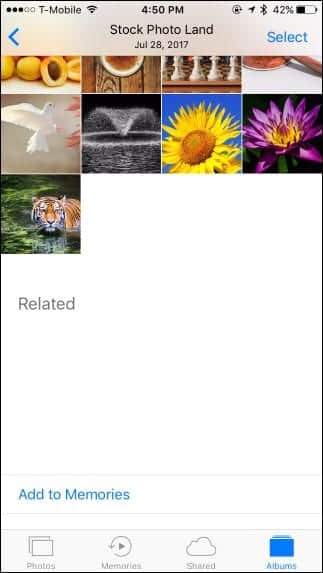 How to Customize Your Memories

After you have created a memory, you can edit it like the other Memories which the iPhone automatically created. To remove photos from a Memory, tap on Select” at the top right corner of the screen, tap the photos which you wish to remove from the Memory and tap the trash can icon.

If you want to edit the video of the Memory, open the video by tapping on it. When the video has opened, you can perform some quick customizations on the video including the type of music played with the video, the length of the video and some other features too.

If you want to perform more customizations, tap the options button which is at the bottom right corner of the window. There you can even change the title of the Memory, choose the music played (you can even upload a song from your phone), set how long you want the video to be played, and also add and remove photos and videos from the Memory. 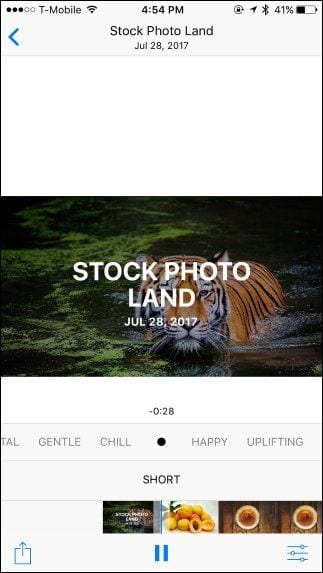 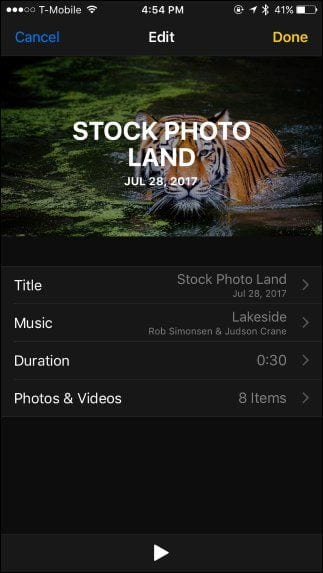 How To Delete Memories or Keep Your iPhone From Deleting Them

The Photos app automatically deletes old Memories from your iPhone when new ones arrive. You can prevent the app from deleting a Memory by marking it as a favourite. To do this, tap on the Memory you want to keep, scroll down till you see the “Add to favourite Memories” link and tap on it.

You should note that when your iPhone deletes a memory, it deletes only the Memory and not the photos or videos which are in it.

If you want to delete a Memory, after you have tapped on it, scroll down the screen till you see”Delete Memory”, tap on it.

With the Memories feature on your iPhone, grouping your photos according to the event or location they were taken becomes much easier.