Yes, we saw the news too, and most Nigerians are currently reacting to the reports that popular social media platform, Twitter will be banned in the country asap. Well, Chinese citizens have been down that road before, and they are still on that road, so it is very much possible.

Nowadays, anyone who tries to access the Twitter website in China will immediately see an error page. The application’s feed will not refresh and new tweets can no longer be posted across the country. This could be a nightmare for citizens who have gotten used to the platform, but it is the reality that comes with a ban.

Since experience is the best teacher, Nigerians should know that Twitter was first blocked in China in 2009, and it was caused by several riots in the western capital of the Xinjiang province, Urumqi. Back then, minority Muslim activists reportedly used Twitter and FB to communicate and organize the riots, so the Chinese government saw the need to act fast and block the ease of use in spreading political and social commentary that contradicts the Communist government.

Since the initial block 11 years ago, China has persisted with the block status for the social media platform because authorities believe they cannot control the content produced on Twitter, making it a danger to the ideals of the Communist Party. In fact, as of June 2021, it is very unlikely that the website will be unblocked there any time soon.

As you already know, life is about advantages and disadvantages, and one of the benefits of a ban is that it’ll automatically promote the country’s own, homegrown social networks. For instance, Weibo and WeChat that currently dominate in China, with the former having over 600 million users, and the latter having over 700 million active users. However, if you absolutely adore Twitter and you want to find a way to use it despite your nation’s ban, see How To Access Twitter In Banned Country:

If Twitter has been banned in your country, the best solution is to connect to a VPN. A VPN, or virtual private network, is simply a service that encrypts your internet traffic and routes that data via a remote server where that traffic is not blocked. If you’re not aware, several VPN services work with any kind of device and let you access servers located in a large number of locations across the globe.

For a seamless fix, you simply have to connect outside a nation you reside in, and make sure it is a place where social media services like Twitter are not blocked. For those who do not know, VPN range from free to paid subscription services, with options that have service plans regularly providing monthly or yearly packages. The most patronized VPN providers offer their services for a very low fee, while the freest services are very restricted. Rampant benefits include unrestricted bandwidth, top security, no data caps and no-logs policies.

Be aware that once your government discovers that citizens have begun to bypass the ban, some of the erring VPNs will be blocked. And when that happens, the VPN website itself and the ability to download the program will be blocked completely.

Not to worry though, because we have the solution for that – VPN. This service is available as an app for Windows, Mac OS, Android, iOS, or Linux (command-line), and some super reliable. ExpressVPN is home to a wide range of remote servers, amazing speed, and seamless ease of use.

MUST CHECK: The best free VPNs to protect our privacy

Simply register for an account after installing the software, and select a VPN location outside of your banned country. As of now, Twitter is only blocked in China, North Korea and Iran, therefore immediately you establish a different location from them to a remote server, you’ll have instant access to the Twitter website and mobile application.

You can also install Opera browser; both PC and Phone versions of Opera come with a free built-in VPN.

In the case that you don’t want to install an additional app on your device, you can use the built-in Proxy settings on your Twitter app without the use of any VPN. All you have got to do is go to Settings and privacy from the menu > Proxy > Enable HTTP Proxy by ticking on the first marked area and add a free proxy IP as the Host using Proxy Port 8080. Then Save. 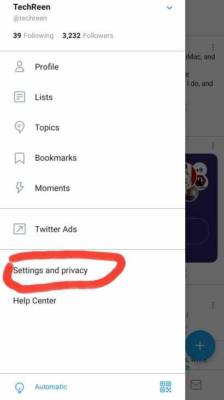 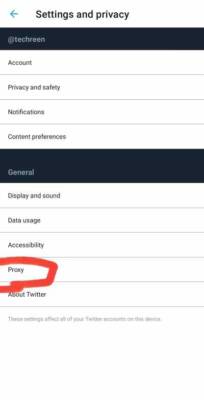