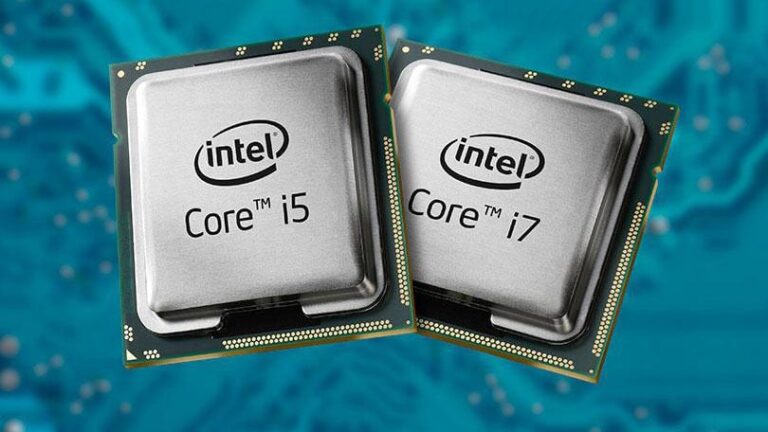 The central processing unit (CPU) is one of the most important parts of any programing device or let say computer. The CPU is one of the things that determined how fast and reliable a system will perform in handling different activities. Yes, it’s that important that many people will have to check the CPU of any programing device before they pay for it.

The CPU on the computer is what allows users to perform certain tasks like editing, gaming, messaging, browsing the internet, and many more. The CPU is placed on the motherboard around the VRM section. Technically, we can say that the CPU is the brain of the computer. As you know, the brain even in the human body is what controls every activity. In the same manner, the CPU is responsible for other activities in the computer system such as inputting and storing the programs and data that the machine requires to perform a certain operation.

There are 6 types of central processing units and they include the Single-Core CPU, Dual Core CPU, Quad-Core CPU, Hexa Core CPU, Octa-Core CPU, and Deca Core CPU. These CPUs are used in various electronic devices like our mobile phones, laptop, and desktop. These types of CPU helps in determining the speed, Efficiency, Multithreading, cache, clock frequency, and smooth functioning in the computer system and mobile phones.

The Single Core CPU was introduced in earlier computer history. Since its one, it can only carry out one operation at a single time, so it’s not good in multitasking and other intensive tasks. The Dual-core CPU is single in a real sense but consists of two cores on the chip and it performs as two cores on any device. It handles many tasks at a double speed, so it’s better at multitasking than the latter.

The Quad-core CPU is 4 and its characterized by speed and power consumption. It can perform several tasks at the same time at high speed. This type of CPU is best for Video Editing, Gaming, Designing, and more. As for the Hexa Core CPU, it consists of six cores on a chip and it performs the task and transmits all data fast compared to the dual-core CPU.

The Octa-Core CPU is what most flagship smartphones normally come with. This type consists of eight cores in one chip and it carries out multitasking at high speed. Meanwhile, the Deca Core CPU comes with 10 cores and its processor is developed with eight autonomous cores to carry out tasks at high speed.

The top processor is described as a processor that comes with more processing power and that can deliver high intensive tasks such as video editing, gaming, and more. So if you are looking for the top, it means you want to get the best processor this year. Well, below are the top processor in 2022 based on Benchmark ranking and other factors as well.

AMD Ryzen 5 5600X is placed at the top in terms of gaming. This is because the processor has a blend of Intel-beating performance both in application and gaming. All thanks to its six-core 12 chip which brings more than enough in both gaming and application performance. The Ryzen 5 5600X can deliver more than the Intel Core i9-10900K at gaming.

It features a 3.7 GHz base and 4.6 GHz clocking speed with a 65W TDP rating indicating it will run exceptionally cool. However, you will need 400- and 500-series motherboards which are somehow affordable.

The Intel Core i5-11600K might not be a match to the Ryzen 5 5600X on Benchmark, but still, it’s one of the top processors this year in terms of gaming. The Core i5-11600KF does not come with integrated graphics but you can use a discrete GPU which will perform just the same as the standard GPU. The 11600K is running at a high speed of 4.9 GHz on two cores and another 4.6 GHz on all core frequencies. It has support for a PCIe 4.0 graphics card and a single M.2 slot.

The AMD Ryzen 9 5950X is a high-speed processor suitable for desktops. It packs 16 cores and 32 threads which bring in HEDT-class performance to the motherboards. The AMD Ryzen 9 5950X may not be good in gaming, but when it comes to other tasks in the computer system, it will deliver. Yes, the AMD’s lesser 5000-series are way better for gamers but this does not mean the Ryzen 9 5950X will not deliver fast gameplay.

The AMD Ryzen 7 5800X is just perfect for gaming and running different applications. The processor has an IPC gain which will boost the frequency. It is 400/500-series compatible. Another notable feature is that it consumes less power than the 11700K, this way, it can run the chip on less expensive motherboards.

The Intel Core i5-11400 is one of the most affordable chips on the market. It can deliver faster than the Ryzen 5 3600. The chip has a better blend of performance in the running of the application. It supports PCIe 4.0 interface with B-series motherboards and also has support for memory overclocking and lifting the power limits. Sadly, it has high power consumption.

The AMD Ryzen 3 3300X is also a budget chip that unlocks a new level of performance for gamers with a particular budget in mind. It consists of four cores and eight threads that can push low graphics cards to their fullest performance. The chipset is built with a Zen 2 architecture based on a 7nm process node with a speedy PCIe 4.0 interface. The 3300X’s four cores have a 3.8 GHz clock rate and boost to 4.3 GHz speed providing high performance for gamers.

One good thing about the AMD Ryzen 5 5600G is that it comes with integrated graphics for gaming so it does not require discrete GPU for light gaming. At just $259, the Ryzen 5 5600G offers 96% of the gaming performance on integrated graphics. Its graphics runs at 1280×720 gaming but the option is capped at just 1080p. The CPU consist of eight cores and 16 threads clocked at 3.9 GHz and up to 4.4 GHz.