Like the original Mi MIX, the Xiaomi Mi MIX 2 was designed by world renowned designer Philippe Starck and looks very much like its initial iteration. It has some specifications similar to those in the Mi MIX, but as you would expect, it has some new modern features that add to the overall worth of the smartphone. 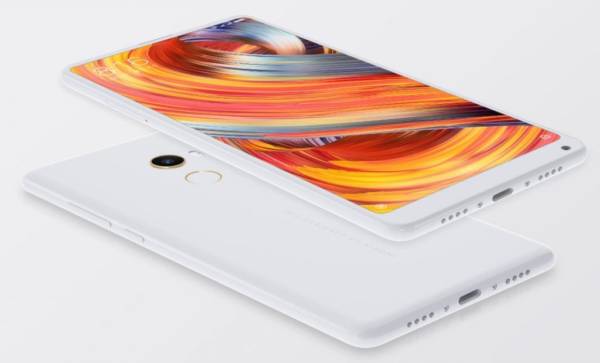 The smartphone sports ultra narrow bezels that are even slimmer than those on the first-gen Mi MIX. Ignoring the thin line of material present on them, three sides of the Mi MIX 2; the top and two sides have practically no bezels, just like the Mi MIX.

The smartphone has a ceramic body design, and its reduced screen size makes it easier for the user to hold the phone, as customers complained of the Mi MIX being too fragile to handle, and there were several reported cases of broken Mi MIX smartphones. 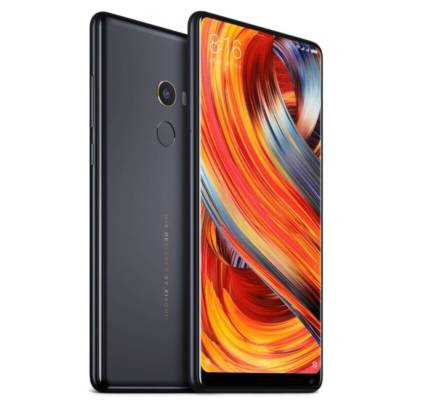 The MI MIX 2 comes in two variants; a Standard variant which has ceramic finish on the four sides and an aluminium alloy frame, weighs 185 grammes and is 7.7 millimetres thick, and a Special Edition with the same thickness but an additional 2g weight and full ceramic body.

The Xiaomi MI MIX 2 is powered by the latest Qualcomm Snapdragon 835 Mobile Platform processor which runs on the 10nm process and has an octa-core CPU with a maximum operating speed of 2.45GHz. Its graphics operations are handled by the powerful Adreno 540 GPU which ensures that 3D applications and heavy games work smoothly on the device.

The last and high-end variant (Special Edition) of the Xiaomi MI MIX 2 comes with a whopping 8GB of LPDDR4x RAM and an internal storage capacity of 128GB.

The rear of the Mi MIX 2 houses its 12MP main camera which uses a Sony IMX386 sensor and has a f/2.0 aperture and 1.25μm pixel size. It also comes with features like 4-axis Optical Image Stabilisation (OIS) which helps to take clearer and sharper images even while in motion, and 4K video recording, eliminating the need for an additional professional camera or camcorder. A dual-tone LED flash is also present at the rear to provide lighting whenever it is lacking in the surroundings.

The Mi MIX 2 sports a 5MP camera at the front for taking selfies. The selfie camera comes with facial recognition features that help to improve the security of the device. It can also record videos at a resolution of 1080p (Full HD), ensuring that your precious moments are fully documented.

The position of the front camera is the same as it was in the Mi MIX; at the right of the bottom bezel. The top of the smartphone is completely bezel-less, so Xiaomi has opted to place it on the only bezel on the smartphone.

The battery capacity has been reduced to over 4000mAh in the first generation Mi MIX to 3400mAh in the Mi MIX 2, resulting in its reduced size, weight and thickness.

The pone comes with a USB Type-C port which aids its fast charging capabilities and makes data transfer across multiple devices faster.

The Xiaomi Mi MIX 2 runs on Android 7.1 Nougat out of the box with the latest MIUI 9 layered on it. There were rumours that the smartphone would run on Android 8.0 Oreo out of the box, but as we can see, that has turned out to be false. We expect it to be upgraded to the latest version of Android future, though, if it wants to successfully compete with smartphones in its category.

The Xiaomi Mi MIX 2 features a fingerprint sensor which is placed below its rear camera sensor and adds another layer of security after the facial recognition tech present in its front camera.

The first generation Xiaomi Mi MIX avoided placing any extras on the top of the phone and uses the piezoelectric acoustic body technology to carry out the task of the earpiece. There have, however, been problems (such as occasionial failure to transmit sounds during calls) with this technology, so Xiaomi has included the earpiece on the thin sheet of material above the display.

The Xiaomi Mi MIX 2 also offers an immersive audio experience with a 50mW sound-guided high power speaker that comes with a sound guided tube to improve the quality of audio files. 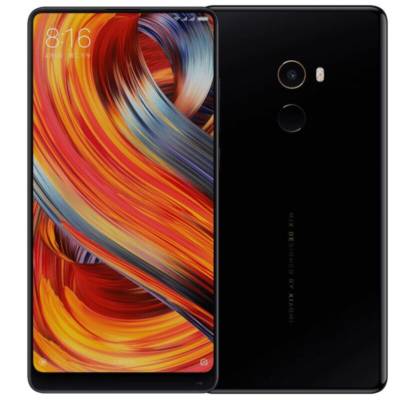 Availability and Price of Xiaomi Mi MIX 2 in China

Where to Buy Xiaomi Mi MIX 2 & Pay on Delivery