Xiaomi Redmi 4 is the successor to the Redmi 3, all in the budget Redmi series which is known for cheap but well packed smartphones. Although the Redmi 4 is yet to hit the market as of now, the specs of the smartphone has been revealed both on TENAA and in numerous leaks featuring the smartphone. 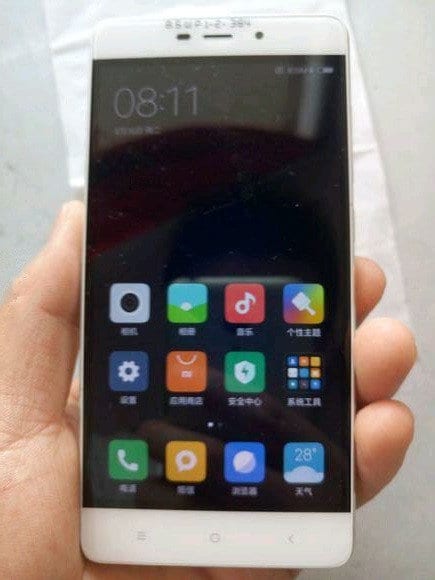 The Xiaomi Redmi 4 is powered by a 2GHz octa-core Snapdragon 625 processor tagging along an Adreno 506 GPU. The smartphone features a 5.5-inch full HD display with 1920 x 1080pixel resolution. In addition, the Xiaomi Redmi 4 runs on Android 6.0 Marshmallow-based MIUI 8, the latest in the pack from Xiaomi.

On the memory aspect, the Redmi 4 comes in two versions., with one having 2GB RAM and 16GB of built-in storage. There is also another version with 3GB RAM and 32GB of internal storage. Both versions are expandable via the microSD slot included in the device.

Coming to the camera specs, the Xiaomi Redmi 4 packs a 13-megapixel rear camera with LED flash and a 5-megapixel front facing camera. There is also a fingerprint sensor on the device and seems we’ll be seeing a return of the infrared sensor as Xiaomi has included on one the Redmi 4.

Under its hood, the Redmi 4 equally packs a massive 4,000mAh battery which sure will give some long lasting performance. A host of connectivity options like 4G VoLTE, WiFi 802.11ac (2.4 and 5GHz), Bluetooth 4.2, GPS and more are available on the device.

The Xiaomi Redmi 4 come in Gold and Silver color variants only and the smartphone would likely be announced on August 25th. The price is not known yet.