Xolo is an OEM that produces smartphones and tablets that are either operates on the Android OS or the Windows OS. The Indian OEM is one of the first smartphone makers to build Android devices that are powered by Intel processors. One of the devices made by the OEM is the Xolo Tab also known as Xolo QC800. This tablet runs on the Android OS but doesn’t get to be powered by the Intel processor instead it makes use of a Qualcomm Snapdragon processor. Kindly stay with me as we look into the vintage Xolo Tab. 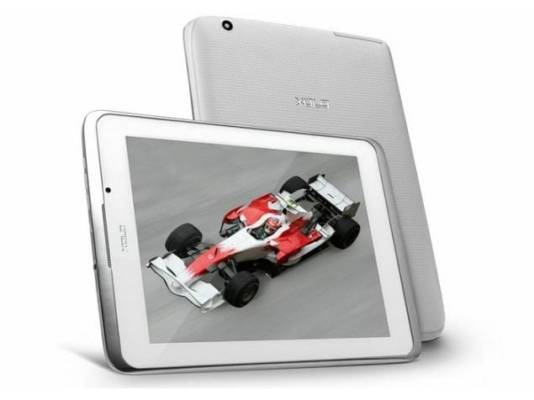 Xolo Tab has a straightforward design. Its frontal has a crisp display and thick bezels on all sides. The top bezel houses the front camera as well as the microphone. The “XOLO” logo is located below the microphone at the top bezel. The side of the tablet is home to the power button and the volume keys. The rear of the tablet has a rough feel, a primary camera and also the “XOLO” log which sits almost a central location. The tablet comes in a white colour. The tablet’s dimensions are – 214.2 mm x 154.9 mm  x 11.3 mm. The tablet has a weight of 480 g which gives it a bit heavy nature.

The tablet has a screen size of 8.0 inches. The screen display type is the IPS LCD capacitive touchscreen. The display area of the tablet has a 59.7% screen-to-body ratio. The tablet’s screen resolution is 1024 x 768 pixels while its pixel density is 160 ppi. The tablet not only has 16 million colours, but it also has the multi-touch capability. The screen lacks a display protection.

The tablet’s camera quality is a downer. Its rear which is located at the top left corner has a 2MP camera for capturing images and also visual recording. The front camera has 0.3 megapixels for taking selfies. The front camera produces really sick selfie pictures. The both cameras lack the presence of a LED flash.

The tablet uses the Qualcomm MSM8225Q Snapdragon chipset. Its CPU is the Quad, core processor. The processor clocks at a speed of 1.2GHz. In its graphics processing centre, Adreno 203 is used. The tablet operates on an Android OS.

The internal storage of the tablet is relatively low at 4GB. However, the tablet’s internal memory has the capability to expand up to 64GB using a micro SD card. Handling the smooth running of applications on the tablet, the tablet utilizes a 1GB RAM.

The tablet’s powerhouse is a non-removable Lithium-Ion 4,000mAh battery. On 3G call, the tablet promises a talk time of 12 hours. It also promises a standby of 360 hours on 3G.