Yezz – a US based mobile company is well known for its sleek and beautifully designed smartphones. Yezz Mobile seems to understand peoples’ need and thereby bringing in smart devices like Windows Phones, Android Phones/Tablet and elegant designed classic handsets to suite life style.

Yezz Mobile was designed and birthed in Miami USA five years ago and has really come to stay in Nigeria after tremendous success in many countries of the world. With TD Mobile being their major distributor, some of their smartphones will be made available in the country via Konga.com and Yudala – just in case you never heard. 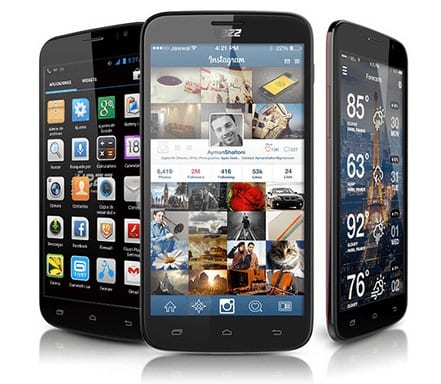 Yezz Mobile launched one of its awesome Android Phablet recently in Nigeria – Yezz Andy A6M. The Yezz Andy A6M is no doubt a great Phablet device starting with its massive screen size and some other features you will love. Andy A6M is said to have derived its name from one of Android Inc. co-founder Andy Rubin and runs on Android OS. The Andy A6M is the perfect answer to consumers who want a device that is the perfect balance of value for money and gaming capabilities.

The phone comes in 4 fashionable color options – Red, White and Black. The fourth is a black replacement cover that also attached a flip cover with screen viewing section on the cover to give you control over colors that work with your mood. Yezz Andy A6M shows off a clean design with a very thin body that is not more than 9 millimeters. It weighs a manageable 189 grams, which should make this one very easy to carry around in your pocket without significantly feeling it’s there. The chassis is made of plastic. 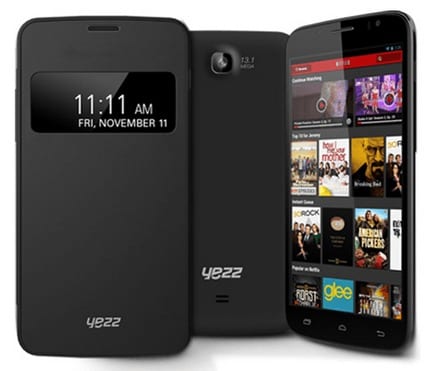 The Andy A6M has a 6 inch screen, placing it on the larger end of smartphone screens that looks capable of delivering enjoyable viewing experience with a resolution of 540 x 900 pixels. Because its screen is over 5.3 inches, this phone also qualifies as a phablet. This also means that for most users, the phone will be difficult to use with one hand when compared to phones with smaller screens.

Screen sharpness can be measured in the density of pixels per square inch of screen, and at 184 PPI which is not too bad compared to other devices in that price range that is seemingly aimed at entry-level users who desire a bit of decent specs.

Yezz Andy A6M impresses in terms of camera configuration, as is common with Yezz devices. It packs an amazing 13.1-megapixel rear camera with LED flash, autofocus, touch to focus and HDR. While the front facing camera boast of a 5-megapixel camera for taking excellent selfies and wefies.

The base model of the Andy A6M has 4 GB of internal storage, which is subpar for storing music and video. Fortunately, you can cheaply expand its storage by as much as 32 GB with a microSD card.

The operating system of choice here is Android 4.4 KitKat, which is neither disappointing nor awesome for the price based on current trend.

The Andy A6M houses a quad core MediaTek MT6582M system on a chip. Its CPU runs at 1.3 GHz, which is about typical for clock speed.

1,024 MB of RAM means that it has average RAM for a smartphone while a dual Mali-400MP2 GPU takes care of graphics.

The Andy A6M has an advertised talk time of 8 hours, comparable to the overall average of 8 hours. In terms of battery capacity, which is the best indicator of overall battery life, it holds 2,400 mAh, an above average battery capacity for a phone.

Yezz Andy A6M is currently available in Nigeria. You can buy it at leading online stores in Nigeria most especially on KONGA. Customers will be given a FREE Yezz C21A Phone upon purchase the Andy A6M on Konga. Andy A6M price in Nigeria starts from N38,000 depending on your location and place of purchase in the country.

Here are a few specs of the Yezz Andy A6M :

Do you have anything to add to this article? Please do not hesitate to share it in our comment box below…↓