The Alcatel A7 is the smaller sibling of the ‘A Series’ smartphones that was announced by Alcatel at the IFA 2017 in Berlin. The Alcatel A7 features quite impressive specs most especially in the camera department where it houses a 16MP rear camera with LED flash. The long-lasting device will dig-out a US$272-sized hole in any buyer’s pocket. Here is a full description of the Alcatel A7.

Alcatel A7 Specifications, Review and Highlights

The smartphone sports a better camera department when compared to the Alcatel A7 XL. On the rear, it boasts a 16MP camera with dual-tone LED Flash while for the front, it sports an 8MP camera with LED Flash for better images in low-light conditions.

It is still unclear as to what processor will power the Alcatel A7 although it is largely expected to be powered by the same 1.5GHz Octa-core MediaTek MT6750S processor that powers its older sibling. The smartphone offers 3GB of RAM and 32GB internal storage with microSD support for expanding storage up to 128GB.

The Alcatel A7 will run on Android’s Nougat OS, v7.0. The device features a rear-mounted fingerprint sensor just beneath the rear camera setup. 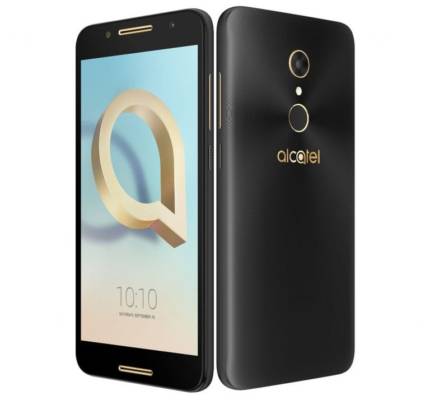 Availability and Price of Alcatel A7 in Europe, Latin America & India