The AT&T Primetime tablet is absolutely a tablet in its prime. This tablet presents fantastic specs that will give it away as a costly device, yet it’s a very affordable device. Its processing capacity is exclusively superb so also is its durability. Magnificent durability is something that makes every smart device adorable, and AT&T have got that covered in this device. The Android 4G tablet was proclaimed on 25th August and was released on the 28th of August this year. Keep it locked as we progress into the review of the AT&T Primetime tablet. 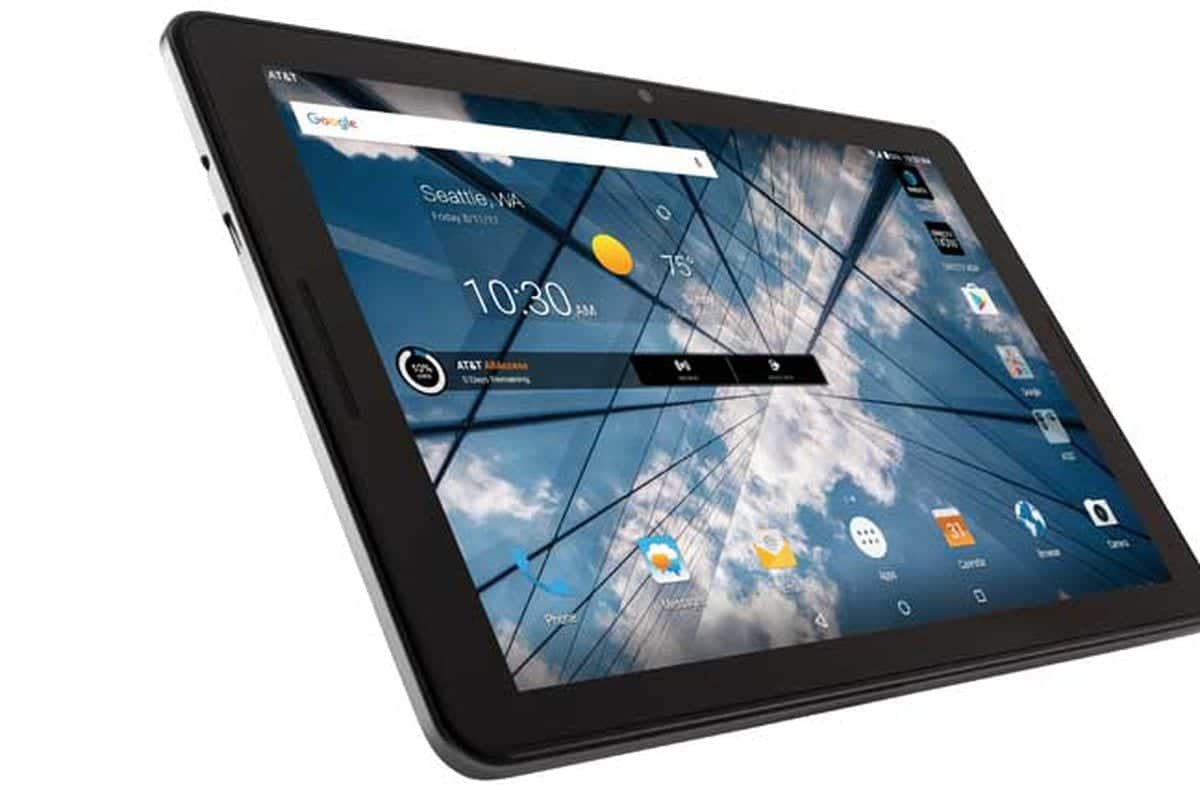 The tablet’s design, however seeming ordinary is different. It has a fully wrapped metal body and comes in a single Black colour; no other colour variants were manufactures. If observed from the landscape point of view, its frontal design sports a front camera on the side bezel and the two speakers at the top and bottom bezels. This design is somewhat fresh and gives a full semblance to the dual speaker that appears on the Infinix Hot 5’s frontal. Although the tablet is a heavy one with 525g weight, it has a sleek thickness of 8.7 mm. Its 254 mm length and 163 mm width sums up the tablet’s dimensions. Its bezels are less thick and the dedicated keys on it are the power button and volume buttons.

AT&T Primetime Tablet’s display has 10.1 inches size with screen resolution of 1920 x 1200 pixels. This screen resolution handles how sharp texts and icons appear on the tablet PC. Its pixel density is 224 ppi and it has 71% screen-to-body ratio. Its display has the night mode feature. This IPS LCD capacitive touchscreen has 16 million display colours.

Qualcomm Snapdragon 625 MSM8953 serves as the chipset on the device. Its CPU is an ARM Cortex-A53 which has 8 cores and clocks at 2.0GHz.  The 64-bit CPU utilizes the 14nm process technology while the tablet’s GPU is Qualcomm Adreno 506.

A 2GB LPDDR3 RAM handles multi-tasking and also the fluid running of apps. The storage of files and documents is the work of the 32GB internal memory. The internal memory can be expanded to 128GB through a micro SD card.

Battery wise, the Primetime tablet is a king pin. A non-removable 9,070mAh battery is what it boasts of. This Lithium Polymer battery gives the tablet up to 290 hours standby time.

AT&T Primetime tablet is sold at a nice price of 240 US dollars.