Lava Z40 is clearly an entry level smartphone that been released in the month of March 2019.  This phone, although at first glance resembles an entry level phone, is able to operate on 4G LTE, giving the user the desired speed. Most phones in this level would rather come as 3G Android devices.

In a nutshell, Lava is able to produce a gadget that has almost a little bit of everything that a user wants. So, instead of having a high quality camera, the company reduces it so as to provide other features and all of these are coming at a very reduced price.

The phone arrives in plastic bar shape. It was first made for the people of India. The dimensions are 125.5 x 63.9 x 11.7 mm. it weighs 120 grams which is not too much, considering part of that is also battery weight. The Lava Z40 comes in gold and glossy black colors.

At the display you find TN TFT capacitive touchscreen. It comes without a secondary display. Its size is a small 4 inches and the resolution in pixels is 480 x 800. Further, the screen to body ratio is 56.8 percent, while the display boasts of Corning Gorilla Glass.

At the camera depart things are pretty simple. The device main camera is a simple 2 MP which comes with LED flash, and HDR features. The video performance is 720p. At the front for selfies one finds 2 MP camera as well. It is so good that it comes with LED flash to enable an acceptable performance when pictures are taken in dim light.

Other cool features of the camera are auto focus, touch focus, self timer and others.

Considering the software first, we find Android v8.1 Oreo herein as the operating system in the device. It lives on the Go Edition user interface. Furthermore, the chipset is Unisoc SC9832E, the CPU is Quad core 1.4 GHz, while the GPU is Mali. 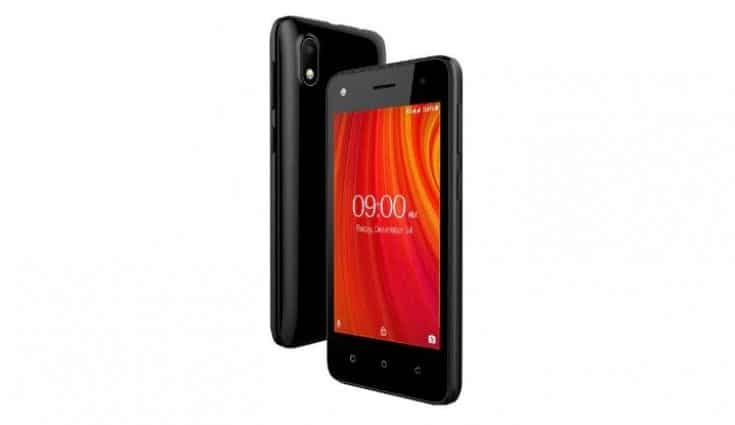 At the storage department we find 1GB of RAM that is not able to stretch anyway. The internal storage of 8GB is however able to stretch to 64GB for equitable space in the Lava Z40. Apart from accelerometer, we can’t assure that there is another sensor in this phone at all.

Network setup in the phone is good, for there is GSM, HSPA, and LTE in this Lava Z40 phone. The 4G guarantees utmost speed when the user browses the internet. However, as usual, there is also 2G, and 3G network for change in locations and network availability. There is also GPRS, EDGE networks for browsing in the device.

Other connection components are Wi-Fi, Bluetooth 4.2, GPS, A-GPS, GLONASS, BDS, FM radio, microUSB 2.0 and some others as well.

Powering the Lava Z40 device is a removable Li-Ion 2250 mAh battery which comes without wireless or fast charging. The battery surely balances things up at the performance department, allowing for great operation that is seamless.

The official price of Lava Z40 is approximately not specified. However, the phone price is clearly less than one hundred dollars. Check it out online to get the best price and you could also click below to see the availability and the price of Lava Z40.

Where to Buy Lava Phones Cheap