Lenovo K5 Pro comes wrapped in a white box which has the phone picture pasted atop. One look at the box can give you an idea of what the device may look like. Open the box, and you find the K5 Pro laying peacefully, held tightly inside a cellophane sheet. Bring it out to reveal the contents below at the bottom of the box; the charging cord, the SIM/microSD card compartment remover, and the manuals.

The Lenovo K5 Pro was released into the smartphone market in October 2018, and since then it has had rave reviews online. This in-depth review of the device will help you get firsthand tips into what really makes up the Lenovo K5 Pro.

This device is made to fit snugly into your hands. It is not wide but long, long enough to get you angry. Find the on and off switch at the right side of the phone whenever hold its screen facing you. The device comes in two color variants of black and gold. Fortunately for some of us, this phone is bezelless but it certainly isn’t the thing for gamers.

Another nice aspect of the Lenovo device is the flat body. One can imagine how the manufacturer is able to cram so much into a smartphone so flat! Look on top to the left, and you can find the camera sensor, and sound holes for the phone. If it is on you will see the three navigational buttons below the display. There is a back button, the home button and the recent pages button. At the rear of the phone is the fingerprint sensor, dual camera, and the flashlight. 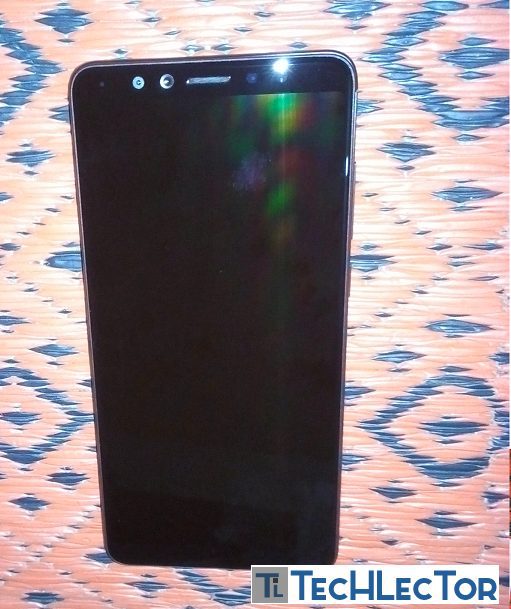 Also, the phone arrives as a metal and plastic phone design to reasonably withstand unfavorable conditions. At the left side, there is the SIM/SD card compartment that could be edged out as the user wishes with the right tool.

Lenovo K5 Pro arrives in OGS, IPS, LCD. The resolution is a good one at 2160 x 1080 pixels resolution. The 79.1 percent screen to body ratio is not bad at all. The way a user is able to adjust the display brightness is so easy to achieve. Just swipe down from the top of the page, and you can move the brightness of the screen in the way you desire.

Lenovo scores high when it comes to providing a good phone keyboard for typing. You will almost be able to maintain the same speed you have on your laptop.

As in the case of most mid-range smartphones, one would love the camera compilation of the Lenovo K5 Pro. It could have been made better but the price at which the smartphone sells justifies the camera features. Add the camera features to the performance features, and it might be as if you’re robbing the manufacturer.

At the rear of the phone, you can see the 16MP plus 5MP cameras. Both the rear cameras and the one for selfies are empowered with auto focus to fine-tune the object of photography. Also LED flash capacity is available for the rear cameras. At the front, the selfie cameras are made up of 8MP and 5MP. These also come with flash capability. Features in the selfie cameras are f2/0 aperture and face recognition.

Now, when you snap a picture, it comes out in high image dimensions of 4608 x 3456 pixels. Other features of the camera setup are full HD recording, touch focus, digital zoom geotagging, and others. However, I must say that I expect more from the camera when it comes to snapping pictures in the dark. Some photos snapped in the nighttime can be seen below:

Camera department also doubles for the video department. Of course, as it is in most phones, the user can switch between video coverage and picture taking. If you are making use of the video, you have two choices to make. Switch between 1080p full HD or 720p HD. You have a lot more to play around with when it comes to camera setting.

Taking a hard look at the performance of the Lenovo K5 Pro, it is superb. Here is a device that yields at will anytime you wish to switch between tasks. I’ve opened up to 10 windows of Chrome, Gallery, WhatsApp, Contacts, Text messages, and other windows of apps on the device; yet it maintains speed. That speed is also noticeable when you work in-app.

But what is the hardware and software of the Lenovo K5 Pro like? It comes with Qualcomm Snapdragon 636 accompanied with a 64-bit processor. Also, note that the number of cores in the device is 8. Further, the CPU frequency is Octavia-core, while the GPU Qualcomm Adreno 506. Process technology is 14NM. Everything in this area is balanced against the battery power, maximizing the battery capability.

Here’s another cool aspect of this phone. The spaces are big enough for anyone not asking too much. With 4GB of RAM, the user cannot wrong. Additionally, there is 64GB at the internal storage level. There is this other variant that comes as 6GB + 64GB. Grapevine has it that Lenovo could be planning a 6GB + 128GB variant. Confirmation for this is not substantial though. But for this 4G Android phone, you can increase the capacity to 256GB with a microSD card.

I checked the online stores and found that the 4GB + 64GB variant is still the popular one. Even the gold color is very scarce. So, if you’re buying the black color, know that this is the most popular Lenovo K5 Pro out there, even in 2022. 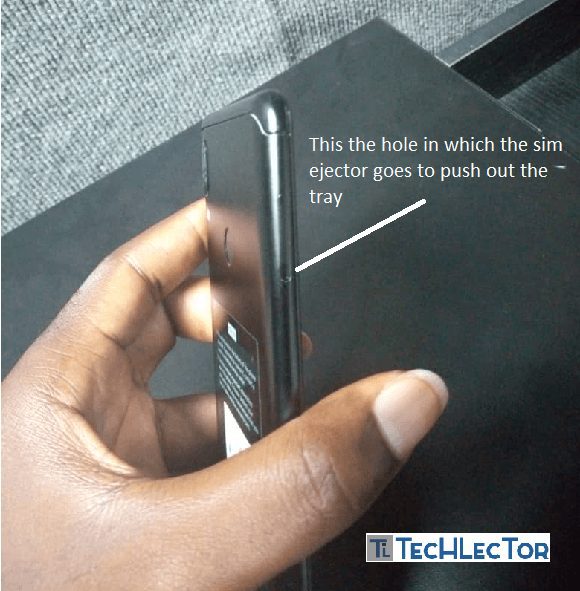 There are some misconceptions about the sensors on the phone. Is there gyroscope therein? Not really. This smartphone comes with the following sensors- proximity, accelerometer, compass, ambient light, and fingerprint. The most lovely thing about sensors is the fingerprint reader. The fingerprint scanner in the Lenovo K5 Pro never disappoints. However, the user needs to set it up with passcode or password.

Such a star in the Lenovo K5 Pro, for it is a 2G, 3G, and 4G. Thinking of it in another way, there is GSM, UMTS, and LTE. In Lenovo K5 Pro case, your 4G SIM will generally be active in areas or locations where the 3G SIM is off. I was shocked to discover this. So, see the 4G enabled phone as multiple blessings.

Next, the speed at which the LTE operates cannot be compared to that of the 3G. The only caveat is that LTE is another blessing that is not available everywhere. So don’t get mad when your phone automatically switches from 4G to 3G, or even 2G, when there is only the availability of 2 or 3G.

The user can enjoy the following network components; WiFi, WiFi hotspot, USB v2.0, Bluetooth v4.2, GPS, A-GPS, GLONASS, and there is no HDMI, NFC, or infrared in the device.

Not all videos or audio sounds will come out right because a lousy sound is a bad sound no matter what. But it is believed that the Lenovo K5 Pro produces excellent sound. Make use of right earphone or headphone, and you will surely get a good result.

Take the phone to a relatively noisy place and receive a call. It is most likely that the person on the other will hear you while you may not hear him or her. Make sure your speaker buttons are up all the way. The phone makes use of Dirac HD Sound to guarantee good WAV ringtones, MP3 ringtones, and the likes. 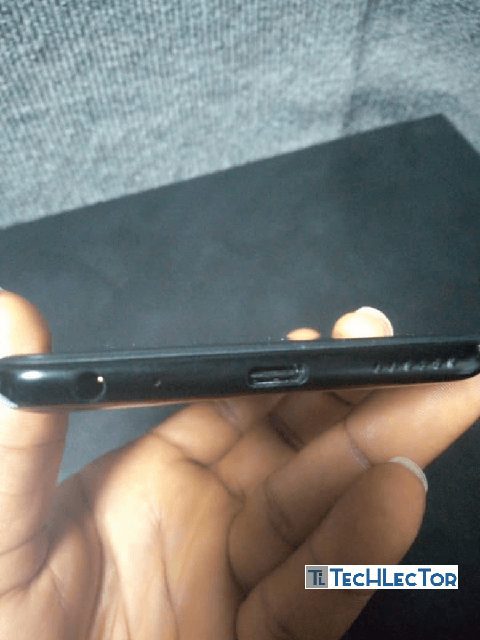 Users may never see the battery. The Lenovo K5 Pro is all-sealed. A buyer may first wonder if there’s a battery in the phone at all habit is a flat device. But there is a 4050 mAh Li-Ion un-removable battery. I found that if you commit the phone to a very hard operation, it may last up 10 hours. If not, make use of the phone for up to three days.

Price of Lenovo K5 Pro is approximately USD 146.99 (-22% off) right now on AliExpress. Of course, the price will differ from places to places, but you can find the best price when you check on AliExpress. As for availability, this smartphone is available now and shipping fast to all parts of the world. 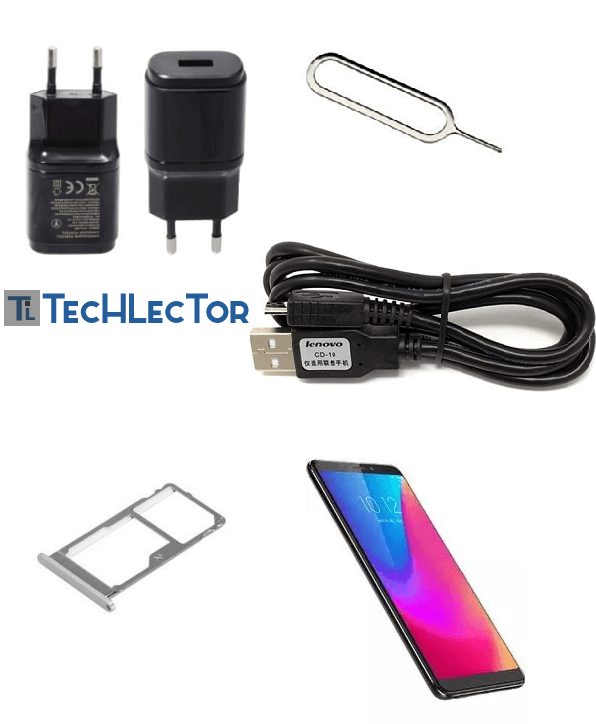 Sure enough, Lenovo K5 Pro may not be all that you wish for in a smartphone but it is surely a beauty to behold. One question that some of your friends will ask you on seeing the phone for the first time is- “Is that Samsung?” somehow it seems that the phone bears a resemblance to a certain Samsung device.

If you think that you lost a few things in this device, you can surely count on gaining a lot of other cool features.