Motorola, a subsidiary of the Lenovo company, is gearing up to launch new smartphones in its Moto lineup at an event which is scheduled to hold in New York City on the 25th of July. These include the Moto G5s, G5s Plus, X4 and Z2 Force. We now have an idea of what to expect in the Moto Z2 Force, thanks to a recent listing on popular benchmarking site, AnTuTu.

The Z2 Force has many of its specs the same as those of the original Moto Z2 which was launched last year. 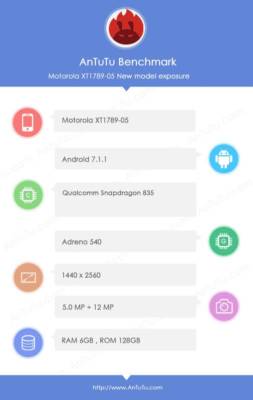 From the images released so far, we know that the Moto Z2 Force will have a design language common to the Moto Z series, which includes a metal unibody design and compatibility with Moto Mods. It has a water-repellent nano-coating which keeps it shining despite weather conditions.

It has a 5.5-inch AMOLED display with a Quad HD (2560 * 1440) pixel resolution and ShatterShield display which gives the screen resistance to shattering on impact.

An octa-core Snapdragon 835 processor with a max speed of 2.45GHz works with an Adreno 540 GPU to make sure that the phone runs with minimal lag. It has 6GB of processor memory (RAM) and 128GB of internal memory which can be expanded using an external microSD card.

As seen in the image above, the smartphone has dual 12MP cameras with a dual-tone LED flash at the rear in the characteristic Moto smartphone style arrangement. The same LED flash setup is present at the front with a 5MP camera for taking selfies.

Nothing is known about the battery specs of the Moto Z2 Force for now. It comes in single and dual-SIM variants, both of which have 4G VoLTE capability, Dual-band Wi-Fi 802.11 ac, Bluetooth 5, NFC and GPS with GLONASS. It possesses a USB Type-C port which would enhance its charging and file transfer duration.

The smartphone has a physical home button in which a fingerprint scanner is embedded. It runs on Android 7.1.1 Nougat out of the box. 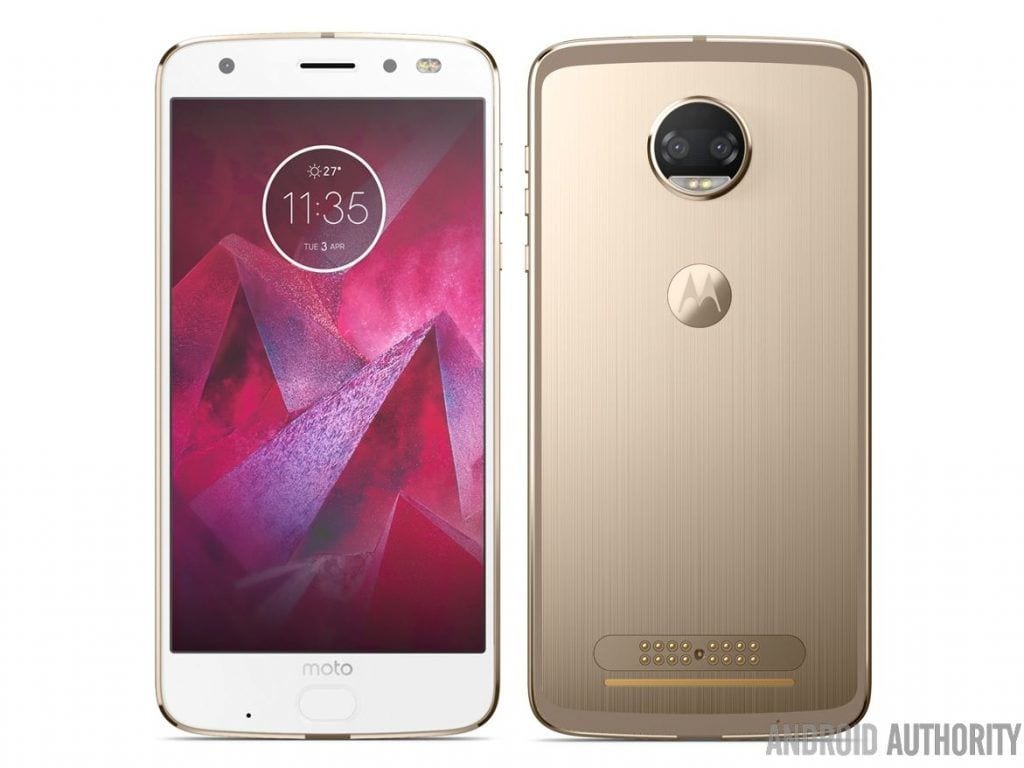 Availability and Price of Moto Z2 Force in the UK & China

As said earlier, the Moto Z2 Force will be announced at an event on the 25th of July along with other Moto smartphones. Then, we’ll know the details of its battery, price and availability.