Panasonic has updated its Panasonic Eluga series with two new smartphones, the Panasonic Eluga A3 and A3 Pro in India. Both smartphones are very similar in specs, but like other smartphones launched in different variations by the company, they sport some differences in some of the aspects that matter most to the end-consumer – storage and processor.

One defining feature of the new set of smartphones is the ARBO virtual assistant which debuted with some of the company’s smartphones earlier this year.

The Panasonic Eluga A3 comes with a 5.2-inch IPS display which has an HD (1280 * 720) pixel resolution and is protected with Asahi Dragon Trail Glass. It weighs just 161 grammes and is 9.1 millimetres thick.

In terms of design, the A3 and its higher variant are designed similarly to other smartphones in the Panasonic Eluga series. It has antenna lines running horizontally through its back on the front and bottom bezels, and has curved edges and back for easy grip.

The Eluga A3 is powered by a 64-bit MediaTek MT6737 processor which has a maximum frequency of 1.25GHz, which is pretty low for a modern smartphone to me. Its graphics operations are handled by a Mali-T720 GPU.

The phone comes with 3GB of RAM and 16GB of internal memory which can be expanded up to 128GB using a microSD card.

At the rear of the Eluga A3 handling the main photography functions of the phone is a 13MP camera which has a LED flash and possesses PDAF for a better camera experience.

It doesn’t dissapoint at the front with a 8MP camera which takes excellent selfie pictures.

Complementing the decline in processing power is a 4000mAh battery which powers the phone for more than 24 hours without needing a recharge. The phone comes with a hybrid dual Nano SIM slot which supports 4G Voice-over-LTE.

The Panasonic Eluga A3 sports a physical home button present below the display at the front, into which a fingerprint scanner has been embedded for easy verification of ownership and security.

On the software side, the Eluga A3 runs on Android 7.0 Nougat out of the box and is powered by ARBO virtual assistant which learns its user ways and makes recommendations of what you need throughout the day. 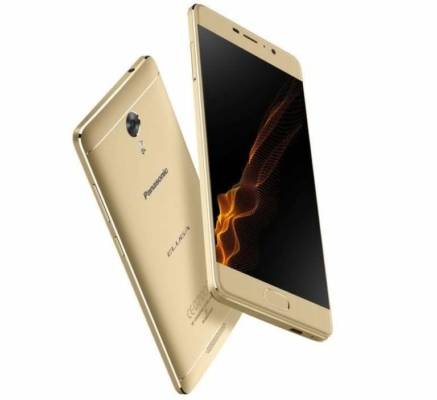 Availability and Price of Panasonic Eluga A3 in India

The Panasonic Eluga A3 comes in Mocha Gold, Gold and Grey colours and costs Rs. 11,290 in India. It’s available across all Panasonic stores and retail shops in the country.