The Samsung Galaxy A50s is now officially, the smartphone comes with a similar body design with the Galaxy A50 that was launched sometimes ago. It features a generous inbuilt memory, a powerful processor and a large screen display size with an AMOLED display.

Table of contents: show
1 Samsung Galaxy A50S Key Specs And Features
2 Design And Display
3 Camera Features
4 Hardware And Software
5 Storage Capacity And Sensors
6 Battery Power And Network Connectivity
7 Samsung Galaxy A50s Full Technical Specification
7.1 General
7.2 Network
7.3 Design
7.4 Display
7.5 Camera
7.6 Software
7.7 Hardware
7.8 Connectivity
7.9 Battery
7.10 Media
7.11 Other Features
7.11.1 ==> Disclaimer: Specifications, Features & Price Shown For The Above Device Was Entered Manually. We Can Not Guarantee That The Info On This Page Is 100% Correct. If You Think That Any Information For The Current Device Is Wrong Or Missing, Please Don’t Hesitate To Contact Us
8 Samsung Galaxy A50s Price And Availability 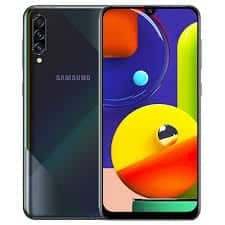 In terms of body design, the Galaxy A50S is built to be premium. The amazing device is blessed with a smooth panel that house triple rear cameras, an LED flash, while the fingerprint scanner is under the display. Furthermore, it has body dimensions of 158.5 x 74.5 x 7.7 mm and weighs 169 gram.

On the front, the handset comes with a waterdrop notch that has a screen display size of 6.4 inches with Super AMOLED capacitive touchscreen. The screen has a resolution of 1080 x 2340 pixels with 403 PPI density and it packs a 19.5:9 ratio reaching up to 85.1% screen-to-body ratio.

The Galaxy A50S is equipped with a triple rear cameras set-up that consists of 48 MP main camera with an 8 MP ultrawide sensor and 5 MP depth sensor. This camera features LED flash, panorama, HDR and they are capable of shooting 2160p@30fps, 1080p@30fps video resolution. On the front for selfies, the handset has a front camera of 32 MP with HDR support and it can also record 1080p@30fps video resolution.

Behind the wheel is an Exynos 9610 based on 10nm process technology with an octa-core processor that clocked at a speed of 2.3 GHz and Mali-G72 MP3 for graphics. It runs on the latest Android 9.0 Pie operating system out of the box with the device customize the user interface on top. 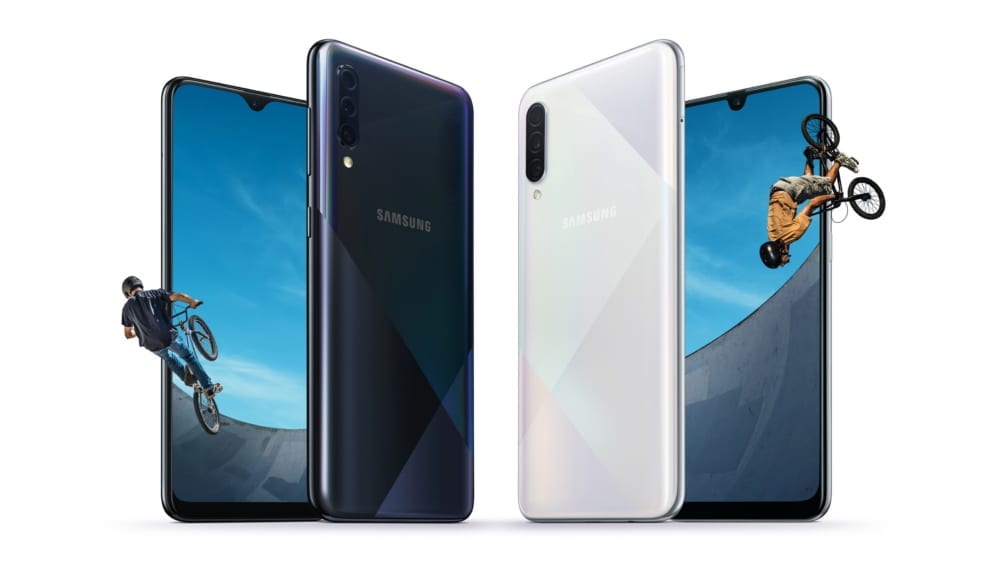 On the memory, you will get generous inbuilt storage of 64GB with a 4GB RAM and a bigger model with a huge 128GB coupled with 6GB RAM. You can still expand the memory with micro SD card up to 1 TB. The sensors on the device are Fingerprint (under display, optical), accelerometer, gyro, proximity, and compass.

The Samsung Galaxy A50s will be for purchase starting from September. The pricing has not been announced yet, however, the phone is expected to cost around $350 depending on the model. You can order the device in multiple colors such as Prism Crush Black, Prism Crush White, Prism Crush Green, and Prism Crush Violet2.