The new Trend of producing different variants of the same phone is spreading like wildfire among phone manufacturers, Infinix spearheaded this trend, having the pro, plus and Lite version of the same device. Probably a business move to make more money, but it is sincerely very confusing, especially to the average person with little or no knowledge about phones, and honestly unnecessary if you ask me. 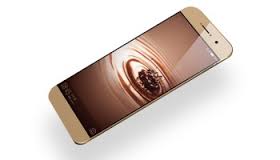 Tecno started a new budget line of devices, known as the W-series, we have seen the Tecno W4 – their first device to run on Android 6.0 Marshmallow, we saw the Tecno W3 and the W3 LTE with 4G. Tecno also released the Tecno W5 a few months back, a budget device with 1GB of RAM, 16GB internal memory, Android 6.0 marshmallow running on Tecno’s customised OS, HiOS, a 5.5-inch display, 720*1280 resolution HD screen, 4G LTE connectivity. 13MP rear camera with flash, 5MP front camera,3000mah battery non-removable battery, it is clocked at 1.3Ghz, quad core with MTK chipset and has a fingerprint scanner at the back.

Well, Tecno just released a new variant of the  W5, The W5 Lite, it has similar specifications like it’s predecessor the original W5, but lacks 4G LTE connectivity, no back finger print scanner, and the camera pixels were  also reduced, the rear camera is still 13MP for both variants, but the front camera has been reduced to 2MP for Tecno W5 Lite, with flash, while the Original version – W5 is 5MP, also with flash.

The Tecno W5 Lite is still 1GB RAM and 16GB internal memory,  with external memory card slot.  The Tecno W5 Lite supports Dual SIM, 3G connectivity on both SIMs, it also has GPS, WiFi and Bluetooth, it has various sensors such as; proximity, compass and accelerometer sensors.

The  Tecno W5 also has a 3000mah non-removable battery. Everything else is similar with the W5

Run down of differences between the Tecno W5 and W5 Lite

Every other thing is the same thing. The Tecno W5 Lite is expected to launch at about 30,000 in the naira currency.