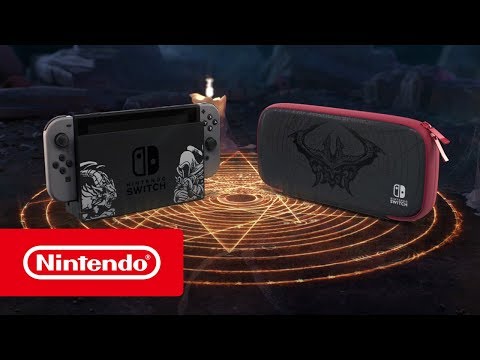 The new Nintendo Switch bundle dedicated to the legendary game of Blizzard Diablo III – Eternal Collection will arrive on November 2nd. Inside there will be several contents that will make the happiness not only of all the fans of the game, but also of fans of Nintendo more in general. Above is the video presentation of the exclusive bundle.

Inside this special pack, you can obviously find the Nintendo Switch console, accompanied by the base, both featuring Diablo III-inspired artwork. In addition, a case inspired by the game will be available, both in decorations and in colors. Finally, you will not miss the code to download Diablo III – Eternal Collection.

This version of the game includes in addition to the game itself all of its additional content, namely Ascent of the Necromancer and Reaper of Souls. As we said also there will be some little gems exclusive to the Nintendo Switch version. This is a series of elements taken from the fundamental series of The Legend of Zelda, among which we find a Coccò pet, a Tri-shaped frame and above all a set of transmogrification that will allow the characters to wear the mythical armor of Ganondorf.

Playing at Diablo III – Eternal Collection, players can choose their class from the seven available – Crusader, Monk, Shaman, Barbarian, Demon Hunter, Necromancer and Mage. Starting from this, they will be able to embark on an unforgettable adventure in which they will find themselves facing and destroying demons and recovering a rich booty. Thanks to Nintendo Switch and its portable function, it will also be possible to take your gaming experience on the go.

What do you think? Are you a fan of the Diablo saga? Please note that the Nintendo Switch bundle with Diablo III – Eternal Collection will be available from November 2nd, in a little over two weeks.