Below, we will be listing the best Python GUI frameworks for web developments. Web developers always strive to improve their programming techniques, especially with Python. The high-level programming language which was created for general-purpose programming. 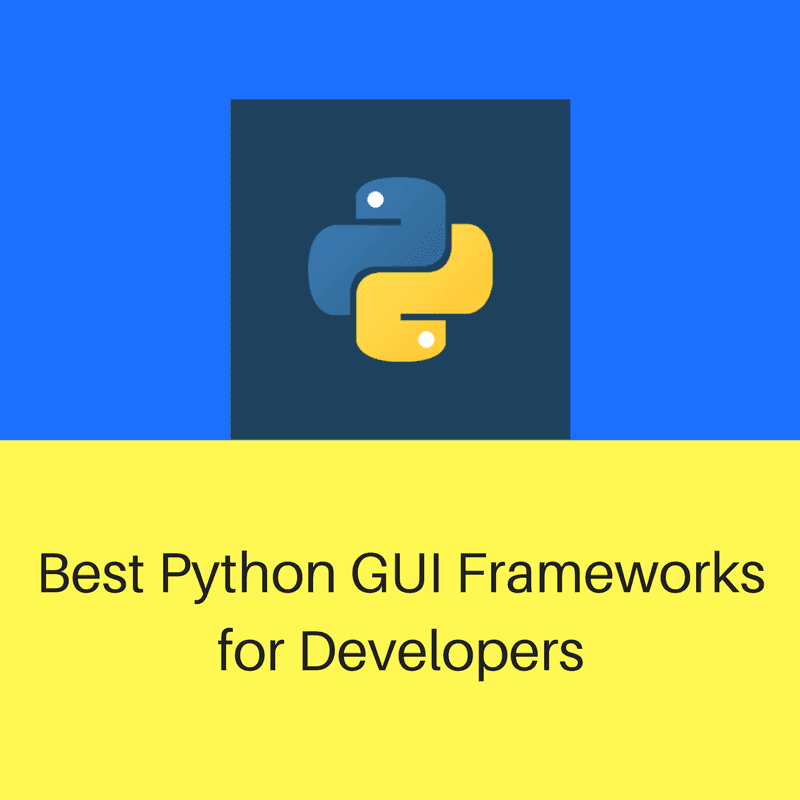 If you’re planning or getting started with programming a GUI (Graphical User Interface) framework, then using Python shouldn’t be that difficult. It comes with impressive options for GUI frameworks depending on what you’re looking for. From Cross-Platform frameworks to Platform-Specific frameworks.

In this article, we will be listing the best Python GUI frameworks for web developments that works on all platforms like Windows, Linux and Mac. The GUI frameworks below are very popular and easy to use, some are even open source as well.

This is one of the most popular GUI frameworks right now, it’s an OpenGL ES 2 accelerated framework for creation of new user interfaces. Kivy is open-source and supports multiple platforms like Windows, MacOSX, Linux, Android, iOS and Raspberry Pi. It’s very easy to use and comes with over 20 widgets in its toolkit.

PyQT is also pretty popular but it requires more work. This is one of the favoured cross-platform Python bindings that implements the Qt library for the Qt application development framework. It supports Unix/Linux, Windows, Mac OS X and Sharp Zaurus. It brings together the best of Python and Qt, it’s now up to the designer to choose either to create program by coding or using Qt Designer to create visual dialogs.

WxPython is another open source framework on the list, it works for cross platform GUI library WxWidgets (earlier known as WxWindows). It implements as a Python extension module and helps you as a developer to create native applications for Windows, Mac OS and Unix.

PySide is also one of the best Python GUI frameworks for web developments, it’s free to use and a cross-platform GUI toolkit Qt initiated and sponsored by Nokia. Qt is known as a UI framework and a cross-platform application. PySide supports Linux/X11, Mac OS X, Maemo and Windows. They are also working on support for Android. One of its key features is its API compatibility with PyQt4, making it hassle free to migrate to PySide.

Tkinter typically comes with Python, it’s Python’s standard GUI framework. It is well-known for its simplicity and graphical user interface. Tkinter is akso open source and available under the Python License. You also get lots of codes and reference books. It has an old community and you might see people who will help you out as well.

These are the best Python GUI frameworks for web developments and they are all widely used as well.