BLU meaning Be Like Us is an OEM that originated from U.S.A. The OEM produces smartphones as well as tablets. The latest entrant to its tablet line of products is the BLU Touchbook M7 Pro. The tablet offers more value for money and it comes out as a budget tablet. The Touchbook M7 Pro is an Android powered tablet PC. The tablet also has specs that makes you make haste to get your copy yet the tablet’s power pack is what stands as its figure head disappointment. Don’t touch that dial! All you just have to do is to stay with me as the BLU Touchbook M7 Pro is reviewed. 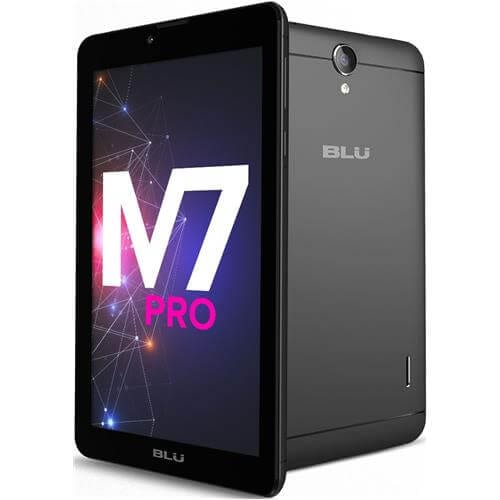 A well crafted tablet with 188.4 mm length and 109.2 mm width has a smooth design. Its thickness of 9.4 mm alongside its 275 g weight makes the tablet sleek and portable. The front of the device is where the front camera is located as well as the BLU logo which appears in the bottom bezel. The side of the tablet is where the volume buttons and power button are located. The rear of the tablet houses not only the camera but also the BLU logo. The tablet is well wrapped in plastic and comes in variants of two colours – Black and Gold. 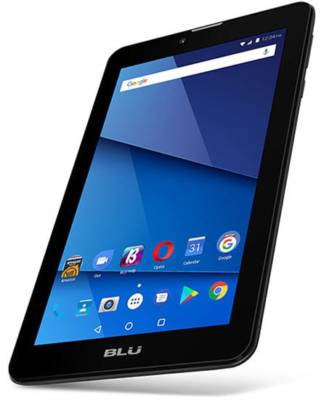 Touchbook M7 Pro has 7.0 inches IPS LCD capacitive display. Its small screen display has a resolution of 1200 x 600 pixels. Although the screen sharpness produced through this resolution isn’t too good, the tablet has 16 million display colours. The pixel density of its display is 170 ppi. The display area of the tablet PC is 66.96%, also small.

The tablet has the back support of the MediaTek MT8321 to act as the main part of the tablet. The CPU that powers the tablet is a Quad core ARM Cortex-A7 CPU that clocks at 1.3GHz. The CPU makes use of the 28nm process technology. Also in the processor section is the ARM Mali-400 GPU that handles the graphics. This graphics processing unit cocks at 500MHz.

The tablet runs on the Android v7.0 Nougat OS. The UI on the tablet is based on this Android OS. The tablet comes with two cameras – one at the front and one at the back. The rear camera has 5MP quality while the front camera has a 2MP shooter for taking pictures. There’s no LED flash support of any form on the tablet.

There is cellular connectivity on the tablet in the name of 2G and 3G network types. The battery juice of the tablet is low as it sports a non-removable 2,800 mAh battery. This Lithium Ion battery gives the tablet 4.7 hours talk time.

What is The Current BLU Touchbook M7 Pro Price and Availability Status?

You can click on the links below to view latest BLU Touchbook M7 Pro price & availability.

Where to Buy BLU Touchbook M7 Pro & Pay On Delivery