The Infinix S2 Pro has been launched in Lagos as promised some weeks ago, but not alone; a lower variant named the Infinix S2 was launched alongside the Wefie expert. The S2 and S2 Pro have many specs in common but do not agree in the memory aspect. 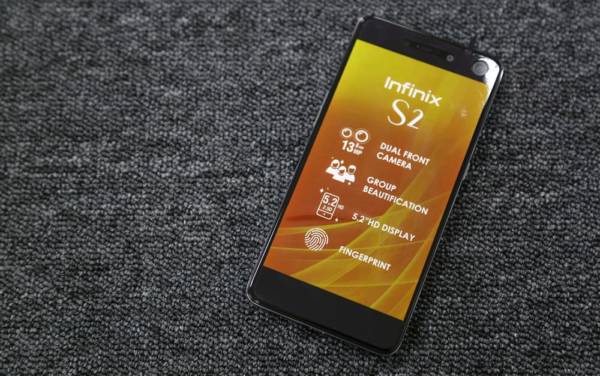 The Infinix S2 sports a metal unibody design like its predecessor, the Hot S. The design language has, however, been altered a bit, like in the S2 Pro; the rear camera module now lies below the top antenna line and the edges of the phone are more rounded.

The S2 has a 5.2-inch display with HD (1280 * 720) pixel resolution and a 282 PPI pixel density. The display is protected with Dragontrail glass which makes it harder, if not impossible for the display screen to get broken or scratched.

A MediaTek 6573 processor with eight processing cores (octa-core) and a maximum processing speed of 1.3GHz powers the S2 under the hood in conjunction with a Mali-T720 MP2 GPU which makes sure that graphics operations are carried out seamlessly.

The Infinix S2 comes with 2GB of RAM and 16GB of internal storage which can be expanded up to 128GB using an external microSD card.

There isn’t anything new at the rear of the smartphone; just the 13MP camera with f/2.2 aperture and a dual-tone LED flash. The front, however, bears something different; a dual selfie camera setup comprising of a 13MP lens and an 8MP lens, both with f/2.2 apertures and soft flash for making your selfies brighter. The dual camera setup helps you to capture a wider selfie, something Infinix calls the Wefie, i.e. a selfie with many people in it.

The Infinix S2 packs the same old 3000mAh battery with a new feature – fast charging. This is quite essential since I sometimes find myself having to charge my Hot S for upwards of 2 hours in order to get a full charge.

The smartphone has USB OTG functionality which allows you to easily transfer files between devices, charge other smartphones and use USB peripherals on the go.

Like in the Hot S, a fingerprint scanner is present below the dual-LED flash at the rear for an extra layer of security on your smartphone. The Infinix S2 runs on Android 6.0 Marshmallow with version 2.1 of Infinix’s XOS Chameleon UI layered on top. We hope the smartphone gets a Nougat update soon. 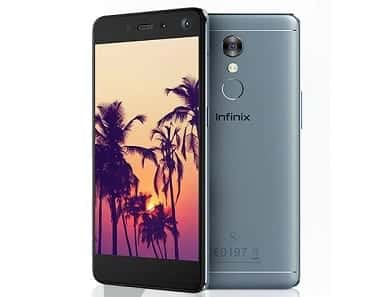 Availability and Price of Infinix S2 in Nigeria, Kenya & Philippines

The Infinix S2 is already available in Nigeria for N62,000 and comes Gold, Rose Gold and Black colours. It can also be gotten in Kenya for Ksh 15699  and in Philippines for ₱8,990.