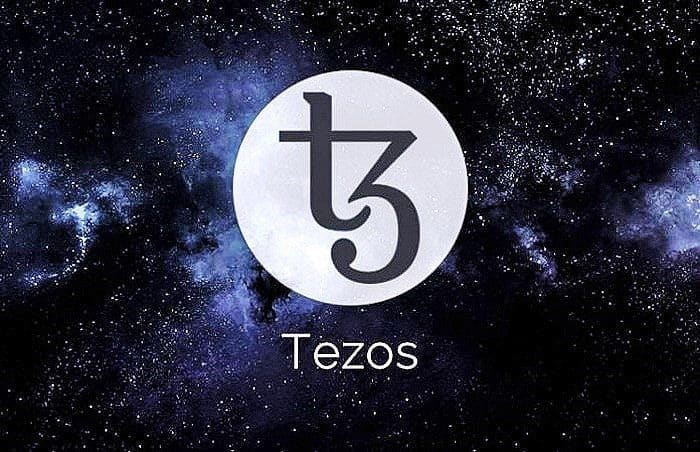 Tezos is one of the most successful Proof of Stake (PoS) blockchains currently in operation. This is because it had a very successful Initial Coin Offering (ICO), which allowed it to build an impressive community of developers working under the Tezos Foundation.

The project has received a great deal of attention in 2022 since Ethereum began to shift from Proof of Work to PoS. This is something Tezos doesn’t need to do since it started as PoS Blockchain. This has led to speculation regarding a lot of Decentralized Finance (DeFi) projects, which may switch to the Tezos platform if it takes Ethereum too long to update or the switch in consensus algorithms causes too many problems.

The fact that Tezos already works using PoS has positioned it as one of the best protocols to replace Ethereum in the development space. The stable PoS of Tezos made the protocol a darling of the Blockchain Community and one of the big promises of 2020. This has made Tezos a popular platform for traders and developers in Nigeria.

To safely invest in the Tezos coin, read how Remitano Officially Lists 5 New Invest Altcoins and how to invest in Tezos.

Tezos Nigeria is an active community in the country that seeks to promote the use, development, and adoption of the protocol in the country and Africa in general. They are very active in the country’s FX trading community since Tezos allows for cheap and easy ways to participate in the foreign exchange market, for reasons that we’ll discuss later in this article.

A Brief History of Tezos

The Tezos platform is the brainchild of Arthur and Kathleen Breitman. The couple released the original White Paper for Tezos in 2014. Kathleen Breitman is a graduate of New York University and worked with a series of Blockchain Consortium before she founded tezos. The husband, Arthur Breitman, also graduated from NYU, during his career as an engineer he worked for Google X and Waymo. He also did some work for Goldman Sachs as a quant analyst of financial markets. Both of them are the core of the Tezos Foundation.

The project attracted many important people from the financial and tech world as members of the advisory board, such as Andrew Miller. After a few years of doing some important development and some core level research, in 2022, Tezos launched an uncapped ICO. The offering was met with great success raising 232 million dollars, the most massive sum for an ICO at the time, and catapulting the project to the forefront of the Blockchain industry.

After the end of the ICO, several problems and conflicts plagued the original Tezos Foundation. These problems finally led to dissolution, and a new community created the foundation T2 to take the lead. The founders of Tezos entered an official partnership with the T2 Foundation, and they are now in charge of promoting projects on the Tezos Blockchain.

Tezos is a Proof of Stake Blockchain. This much is evident in the introduction and the general objectives of the project. It is entirely independent of Ethereum and other similar protocols, this means Tezos has its own standards for building smart contracts, tokens, and other assets on the network.

The most radical and innovative aspect of Tezos is its model of governance. The rules of the network itself are on the hand of the participants. The protocol organizes proposed modifications to the rules in “election cycles” to ensure that all members of the system are active. Each one has a period of approximately six months or 262,144 blocks created on the Tezos ledger.

Members of the network first propose changes to the community. Second, those proposals must have at least 80% of the support to be considered by the rest. Finally, all of the proposals that accumulated enough support are put to the vote. Only holders of  8,000 XTZ can vote in each “election cycle,” so governance is only open to those actively vested in the network’s future.

As we can see, this openness and inclusion when it comes to governance have made Tezos a unique project. They have developed one of the most active and involved communities in Blockchain. This makes the Tezos network a very active and strong one. This has attracted many projects which are now increasing network traffic and ensuring that Tezos will grow in the future. Such as:

A governance space on the Tezos network where participants meet to discuss the future of the project. Tezos Agora is an online forum where proposals are first tested, discussed, and modified before they are put forward for consideration. It is one of the cornerstones of the projects.

This is a suite of programmable standards meant to create stable coins for the most widely used FIAT currencies. The first stable coin launched on the network is  USD Tez, US dollars token on the Tezos network. It began trial in Q1 of 2020, and it is open to purchase for institutional investors only, and it is set to be made public for the last quarter of 2020.

This is what makes Tezos a potentially dominant force in the world of foreign exchange trade. The ability to quickly and safely produce stable coins under a unified standard is enormous for Nigerians. This ability of the protocol will open the world of FX to anyone willing to participate and profit it by their participation.

This is a wrapped coin based on Bitcoin on the Tezos network. Here Bitcoin will be deposited on a smart contract, and the depositor will receive TZBTC in exchange. TZBTC is a token that represents a Bitcoin on Tezos. This allows users to have BTC running on a faster and cheaper network that can scale way past the original Bitcoin BLockchain. The project has attracted a lot of attention, especially since it directly competes with WBTC, the Bitcoin token on Ethereum.

The wrapped coin is still not ready and buying Bitcoin in its original form is still the best way to enter the world of cryptocurrencies.

Find out how to quickly and safely purchase BTC with Naira in Nigeria.

Finally, Coase is a digital card game for collectibles. It is meant to showcase the ability of the Tezos network to create and host non-fungible tokens. The best environment for such an asset is an online game since it naturally attracts collectors and enthusiasts under one roof. The project is still in development, but it is considered one of the Tezos network’s flagships.

As we can see, Tezos is one of the best projects out there. It consists of a very active and strong community reinforced by its essential role in governance. Tezos has generated a lot of interest in the past year as it is set to begin rolling some projects built on the network.

As the advances in Blockchain trading open the markets of FX will become more common. Any Nigerian looking to begin their trading journey should start today to gain an advantage over late adopters.