The great has fallen, Nokia, a name that once struck fear into the heart of rival mobile firms and caused anyone who was brave enough to enter the mobile scene to thread their steps with caution has now become one of the underdogs of the new mobile age. 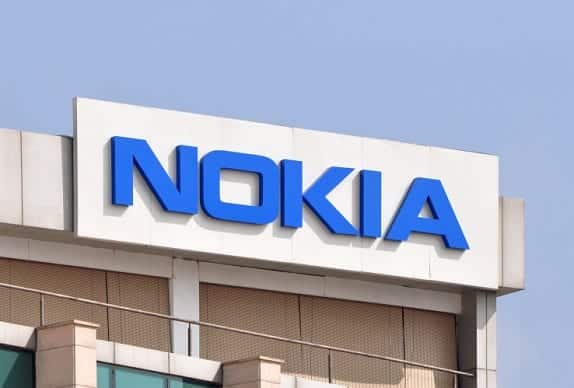 I feel Nokia would still have a foothold in this time if they had moved with the crowd and gone with Android or played smart like Samsung or HTC and dipped hands into separate pots (Android and Windows). But if there is anything we can all agree on is that they made incredible phones.

Well, if you have been paying close attention to Mobile news then you would know that Microsoft bought Nokia (the hardware and Nokia branding) back in 2014. If you have been paying even closer attention, then you’ll know that the contract expires this year. Before this information, leaks and rumours of Nokia coming back had been flying around the internet for months. Just search on Google “Nokia Android device” and you’ll get leaks and device renders that date as far back as the early months of 2015.

Nokia even teased fans during the release of the Nokia C1 device exclusive to China. However, for the first time there is concrete proof that Nokia might be making a re-entrance into the phone market and with that said I give you the Nokia D1C.

WHAT WE KNOW ABOUT THE DEVICE

As with all first time leaks the details are till a bit sketchy but here is what we know about Nokia D1C;

Below is the geek bench test score for the rumoured device: 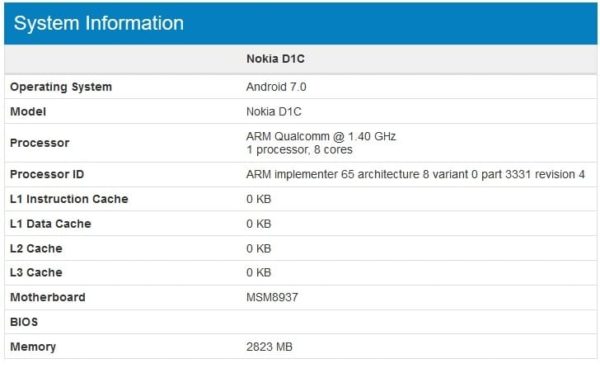 The Nokia D1C is rumoured to be the 3rd device in an alleged 3 series smartphone with the first 2 having 5.2-inch and 5.5-inch HD and Quad HD displays respectively and coupled to a large 21.6MP cameras.

So if you loved Nokia back in their Symbian days, you might just be in the luck of seeing that durability returning to lead the Android horde.