Panasonic has launched a fitting successor to its budget-friendly Eluga I4 in India. The new smartphone from Panasonic, the Eluga I5 can be described as ultra-affordable, going for a budget Rs. 6,499 and that is not far-fetched considering its specs. Let’s see how the latest addition to the Eluga series fares.

The Eluga I5 sports a dazzling 5-inch HD display offering 720*1280 pixels of resolution. On top of that is a 2.5D curved glass screen with Asahi Dragontrail Glass for extra protection.

The metal-clad device is adorned in the brightest of Gold and Black colors . The 7.5mm thick device has a fingerprint sensor located at the back which also houses the rear camera and LED flash on the top left corner in an horizontal formation. Weighing 160g also means the Eluga I5 can slot in your palms or pockets conveniently.

Behind all the functions, is the 1.25GHz Media-Tek MT6737 processor with four cores coupled with Mali T720 GPU, no different from the recently launched Eluga A4. It comes with 2GB of RAM and 16GB of internal storage that is expandable up to 128GB using a microSD.

The Eluga I5 sports a 13MP back camera with dual-tone LED Flash for quality photos and brighter images in low-light backgrounds. The front also has a camera of its own, a 5MP selfie camera.

The Eluga I5 will be nothing without its 2500mAh powerhouse which is non-removable in this case. Connectivity options include; Bluetooth 4.0, WiFi 802.11 b/g/n, GPS, FM Radio, rear mounted fingerprint sensor, 4G VoLTE, Hybrid Dual SIM slots.

The smartphone comes with Android 7.0 Nougat OS pre-installed. Its not the latest, but it will surely do. 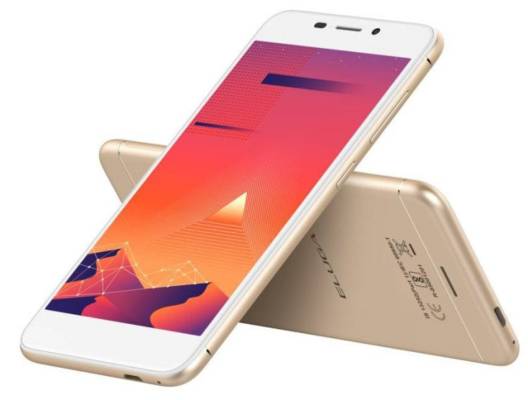 Availability and Price of Panasonic Eluga I5 in India & China

The Panasonic Eluga I5 is available exclusively on Flipkart in India at an affordable Rs. 6,499.