About two weeks ago, news filtered out that Samsung was planning to follow up the Galaxy Xcover3 rugged smartphone launched back in March 2015 with its successor in the series, the Galaxy Xcover 4, fueled most notably by the smartphone’s listings on benchmarking sites GFXBench and Geekbench.

Now, Samsung has officially announced the rugged smartphone, and its rumoured specs are now confirmed to be true. 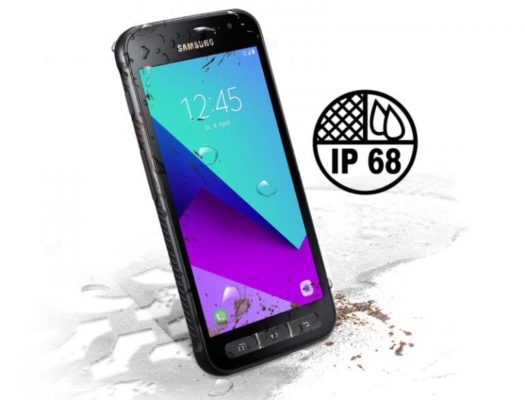 Just as the name depicts, the Galaxy Xcover 4 rugged smartphone is able to withstand a fall of up to 1.2 metres at most due to its US Military Standard MIL-STD 810G feature while also possessing the ability to resist water to a depth of 1 metre for as long as half an hour, as evidenced by its IP67 certification. The smartphone is also dust-proof.

The Galaxy Xcover 4 features a 4.8-inch HD display with a screen resolution of 1280 by 720 pixels while also making use of hardware buttons.

Samsung has favoured the Android 7.0 Nougat OS for the device which packs a quad-core Exynos 7570 14nm processor and features the Mali-T720 as its graphic processor with a clock speed of 1.4 GHz. It also comes with a 2GB RAM and an internal storage of 16GB which is expandable with MicroSD.

The Samsung Galaxy Xcover 4 comes with a 13MP rear camera with LED Flash and a 5MP front camera. It also supports 4G networks.

Availability and Price of Samsung Galaxy Xcover 4 in Europe

The Samsung Galaxy Xcover 4 comes in black colour and would be sold for 259 Euros when it’s released in Europe sometime in April.