Welcome to today’s review. In this review we shall take a look at the Teclast X80 Pro tablet PC.

Tablet PCs are no longer as popular as they were few years ago. This is mainly because to the proliferation in adoption of large screen smartphones – phablets. These big phones are now seen to be a good middle point between regular small sized smartphones and tablets as they tend to be the norm nowadays.

However, if you are on a budget and in the market for a decent tablet PC, the Teclast X80 pro should be a good bargain as it goes for less than a hundred US dollars. The tablet PC is a mix of mobile and desktop OS experience as it comes preloaded with Windows 10 OS and Android mobile OS. Let’s take a rundown of the Teclast X80 Pro. 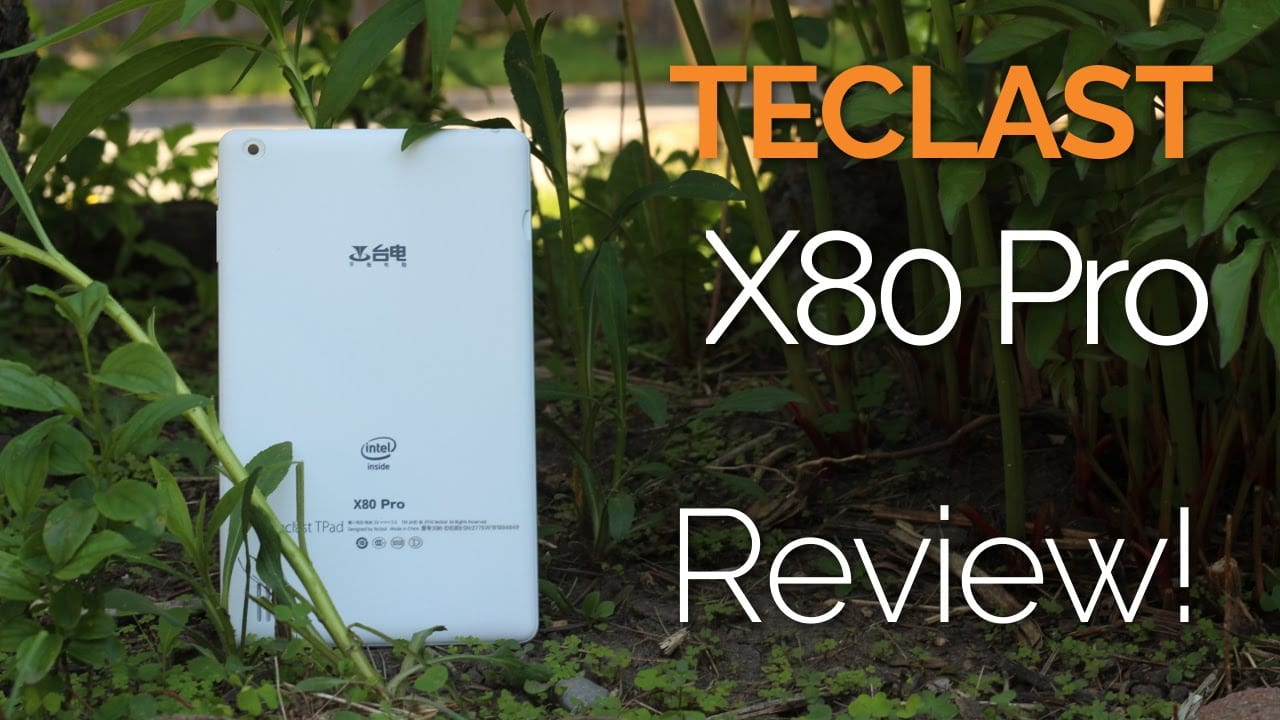 When you first take up the Teclast X80 Pro, one thing that is noticeable are the bezels. Although they may come off as large due to the white body of the device, they are actually small. The device is pretty light to carry and easy to grip. You have a 2MP front camera, the power and volume buttons at either ends a headphone jack and some ports on the top.

The body is made of polycarbonate plastic which makes for an easy grip, and it’s quite sturdy. Although the device is not made of a metal unibody like an Apple iPad, it is still durable. The thickness is 10mm, which is quite slim and sleek.

The Teclast X80 Pro comes with 2GB of RAM and 32GB of internal storage. The combination provides for a low performance on Windows and is enough for running Android. The storage can be expanded with a microSD card of up to 32GB.

Windows 10 and Android 5.1 are pre-installed on this tablet and allow the user to switch between OSes.

This is another Intel Atom device. The Teclast X80 Pro has an Intel Atom X5-Z800 Cherry Trail processor like the Cube iWork10 Ultimate with a clock speed of 1.44GHz (with a burst frequency of up to 1.84GHz). The processor has 4 cores and is good at handling most basic Windows apps.

The GPU is a 12 core 8th gen Intel HD graphics processor. This allows for a nice graphics rendering and video performance on the device.

The screen size of this tablet PC is 8 inches with a resolution of 1920 x 1200 pixels. As a result, the aspect ratio stands at 16:10 and a pixel density of 283ppi. Although the display is not a Retina display, it still offers nice viewing – wide 178oviewing angle – and good color reproduction.

There are two cameras on this device – a 2MP rear camera and a 0.3MP front snapper. You shouldn’t expect your photos to be sharp because of this, but you can still use the front camera for video chatting.

Teclast X80 Pro comes with a 3800mAh Lithium-ion battery. The device should serve you well enough if you aren’t a power user. But if you are a gamer (like me), then you get much from the battery. The average battery life after a full charge is around 3 to 4 hours.

For an average user who wants to experience both worlds of Android and Windows without spending so much, the Teclast X80 Pro is great steal. Though it comes with some shortcomings (what do you expect when the price is below $100), it is still enough to perform decently well.