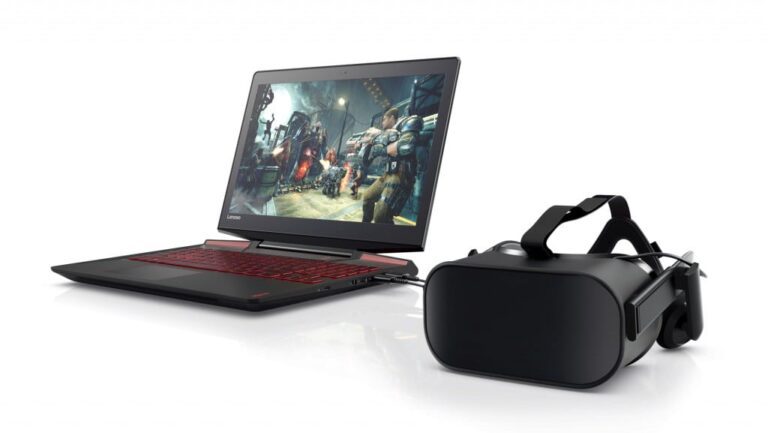 All gaming laptops are also good for VR. Some of the best VR PC specifications include Nvidia’s RTX Super chips which give you stronger gaming performance and also an option to enable ray-tracing. The best VR laptops can be expensive especially when you look at their features and specification.

The Alienware m17 R4 is a nice VR laptop that sports Intel’s new 10th Gen HK-Series processor and an Nvidia RTX 30 GPU. The PC is one of the best in the gaming arena. Apart from its powerful processor, it also has an intergalactic elegance, and it’s fully cocked with an Nvidia GeForce RTX 3080 GPU and 16GB RAM.

The Asus ROG Zephyrus G14 is powered by an Nvidia GeForce RTX 2060 Max-Q GPU with 6GB of VRAM that ripped and tore through Doom Eternal at 90 frames per second. The laptop is ready for virtual reality, hitting 9.8 out of 11 on the SteamVR Performance Test which is above the average. It also packs a large battery that can last for more than 11 hours on the web.

The Alienware m15 R4 is a flagship PC and also an expensive one with a price tag of $2,499. It has an Intel Core i7-10870H processor and Nvidia GeForce RTX 3070 GPU, offering a 15.6-inch, 4K OLED display and a punchy keyboard wrapped in a stylish design. The little downside is that it does not come with a big battery but still one of the best VR laptops you can buy.

The MSI GT76 Titan is a nice VR laptop that is made out of slate-gray aluminum and a black plastic undercarriage. The notebook PC arrives in an imposing set of armor ready to protect a gamer headed into battle. It packs Nvidia’s latest RTX 2080 GPU, and undergoes a SteamVR Performance Test, and was able to able to nail 79 frames per second on the Shadow of the Tomb Raider benchmark. The GT76 Titan is powered by a 9th Gen Core i9 processor paired with a vivid 4K panel.