Pac-Man is a very popular game which has achieved success in old times and recent times. With a platform like Android, you can get some of your favorite arcade oldies. Pac-Man gives you enough fun and brings back those memories. If you have played Pac-Man and you find it fun, you might also want to consider other arcade game that are alternatives to it. Check out 5 of them.

The thing that is amazing about Arkanoid vs Space Invaders is that the combination of Arkanoid and Space Invaders games shows how fundamentally similar the two games are and how they combine so perfectly. The mash-up is just so great. Like what you can imagine,  the game has you bouncing projectiles back up from the bottom of the screen at rows of gradually descending aliens. The game features 150 stages, 40 characters to unlock, boss battles, and an unlockable hard mode.

Monster Hunter World was a great game in the gaming Console world, but there’s now a version for mobiles. It has a more cartoonish look than the console version and has a pricing of $20 (with no in-app purchases). If you enjoyed the console game, then this mobile version is an excellent choice for you to go mobile. Monster Hunter Stories will make you a monster Hunter who will travel around the world to search, hunt and tame monsters.

A fun helicopter game, HelliHopper is a game in which your aim is to move helicopter from one helipad to another helipad. It is easy to play the game. All you need do is to hold, pull and release. There are over 50 challenging missions,  an amazing endless mode with difficulty levels in this game.  It is not that easy for the player to pilot the helicopter to another helipad because of big obstacles such as wind speed, direction, teleport missions, and more. 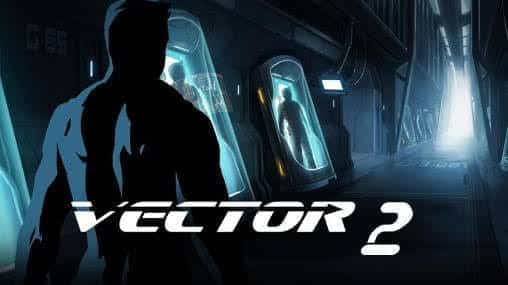 A fast-paced arcade game that it is, Vector 2 is set in a dystopian world with an interesting gameplay and realistic animations. Playing Vector 2 will make you have a feeling of getting caught as you will be pursued by guards from a research facility you escaped from. The game character is always being pursued which he will have to run for his life at every point in the game. The storyline of the game goes like this- the character was a worker at the research facility. He gets manipulated and controlled by the head of the research facility. He then realized what had been done and he set out to investigate. In doing so, he was caught and took to his heels.

There’s nothing else that can bring out the heady golden age of the amusement arcade like an SNK port. Blazing Star is the perfect arcade shooter. You get dropped into the cockpit of one of six different spacecraft, each having its own strengths and weaknesses, and sets you loose on an army of destructive killbots. Blazing Star is more R-Type than DoDonPachi, so you have enough space to breathe as you move through many distinct environments.