AfriOne, the Nigerian mobile brand which opened office in Lagos two months ago, has released its second smartphone; the AfriOne Champion. The device has a screen size similar to that of the company’s first smartphone, the Gravity Z1, but has a lower RAM and battery capacity.

Only a few specifications of the AfriOne Champion are available at the moment. There will, however, be an update when there is more information regarding the device’s specs. 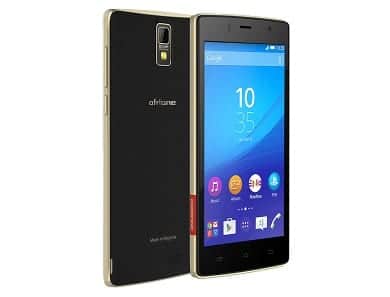 It is known that the AfriOne Champion will run on the Android Operating system. What cannot be ascertained as at now is what version of the Android OS it would run on.

The AfriOne Champion sports a 5.5-inch LCD touchscreen with display resolution still very much unknown. It comes in White and Black colours.

It has 1GB of RAM with 16GB of internal storage which can be expanded using a microSD card up to 32GB of storage for files and multimedia documents.

An 8MP camera with a LED flash adorns its rear while its front camera setup sports a 5MP shooter with soft flash for the lovers of selfies and video chats.

The smartphone packs a 2800mAh device battery which suits its budget status, although it falls behind the Z1 in this category. It surprisingly does not offer 4G support. Other functions are GPS and Bluetooth.

How much is AfriOne Champion in Nigeria?

The AfriOne Champion is set to be sold at a price of N29,500 in Nigeria at launch.