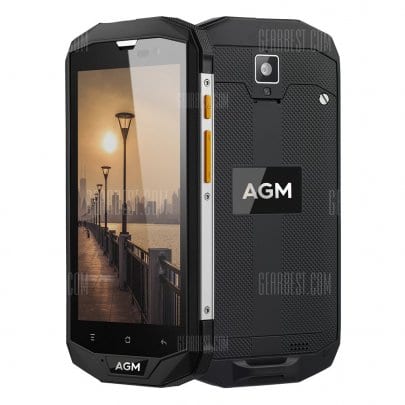 Imagine going on adventure travels or trips like mountaineering, hiking, scuba diving, rafting, kayaking, canoeing or sand-boarding without your smartphone to take memorable pictures. All because of the fear of your “expensive” smartphone tripping off, falling on rock surfaces or in water and getting shattered​ and damaged. It would be one helluva boring adventure trust me.

Now, back to the imagination booth. Think about owning a device, a smartphone that is built to withstand various travel conditions and accidents like dropping in water, rainfall, falling against rock, extremes of temperature and all that. You done imagining? No? You have zero seconds left?

AGM is one of the best manufacturer of rugged smartphones in the market today. Having previously manufactured strong devices like AGM Rio and AGM X1 in the past, AGM seem not to be stopping now as it releases the AGM A8. Now let’s have a peek into what the device is made of and things it can do.

The AGM A8 has a simple and solid appearance. The camera, the tiny LED flashlight and the speaker are housed on the back of the device. The conspicuous AGM logo can also be seen at the rear even with the eyes closed. One other noticeable feature is the numerous visible screws at the side and rear of the device. 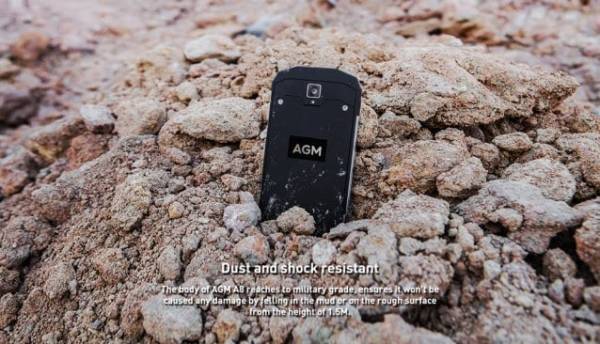 The solid, tough-looking body of the AGM A8 is dust, water and shock resistant. Not only that, the materials used in manufacturing the body makes the A8 endure and function properly at temperature range of -40 degrees to 80 Degree. So, be it the Sahara or a thick tropical island or a rain forest​, the AGM A8 is good to go. 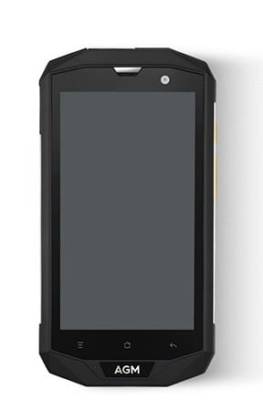 This device, AGM A8 has a moderate 5-inch HD display with a 720 * 1280 pixels resolution. The screen​ is duly protected by the Corning Gorilla Glass 3 to prevent it from breaking or scratches​.

The AGM A8 is powered by Quadcore Qualcomm 425 chipset. This chipset helps to strike a balance between power consumption and efficient functioning.

The A8 also has a huge 3GB RAM and 32GB ROM. This was quite unexpected I must say…but very much applaudable. The AGM A8 also comes out of the box with the latest Android Nougat v7.0. That, again, is another applaudable feat. 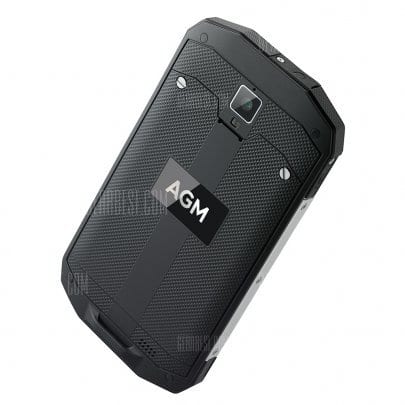 The 13MP rear camera on the AGM A8 ensures that all moments of your trip are captured. Not just captured, but as fast aa possible – thanks to the 0.1s fast autofocus capability of the CMOS sensor on the A8.

A 2MP lens is incorporated at the front for snapping the best selfies. The selfies images are sure to be of average quality.

It is only normal for any rugged and strong phone to be complemented by a strong battery. The case is no different with the AGM A8.

A non-removable 4050mAh battery powers the A8. AGM says the battery will last up to 24 hours before needing to recharge.