We have witnessed the launch of so many rugged mobile devices in time past and we are still expecting more of these devices as Archos is ready to also fall in line with the imminent release of its first Rugged tablet under the rugged Saphir series.

The ARCHOS 101 Saphir as it is dubbed is a 2-in-1 device basically due to the fact that it comes with a keyboard, which gives it features of a laptop in addition to its tablet features. It has a rugged rubber casing similar to most other rugged devices, meaning it resist a drop as high as 1meter. The device packs several other features which are being reviewed below. 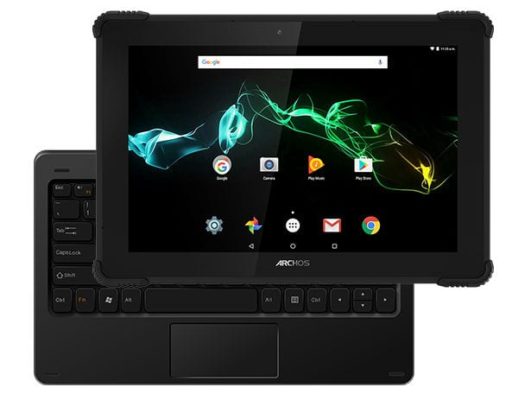 The rugged 101 Saphir tablet doesn’t have so much quality to offer in terms of specifications except few features such as its battery capacity, HDMI slot and dust and water-proof resistance which could only even muster an IP54 certification.

The Android tablet is powered by a Quad-Core MediaTek MT8163 which has a clock speed of 1.5GHz with its graphics operations being handled by the Mali T720 MP2 chipset. It has a paltry RAM capacity of 1GB which only helps to confirm its low-end status, combining with an internal storage of 16GB which is expandable up to 128GB using a MicroSD.

The camera does well to disappoint also as it features a 5MP and 2MP front-facing camera, indicating that Archos built this one bearing only toughness and durability in mind. That is why it comes under the Rugged Saphir series anyways and being its only first offering, we expect to see improvements in subsequent versions.

Running on the Nougat 7.0 Android OS, it packs a 6000mAh battery capacity we can confirm, but being a tablet what more could you expect. Some other features of the 2-in-1 rugged tablet include; USB Type-C, dual stereo speakers and MicroHDMI with which you could connect your device to the big screen. 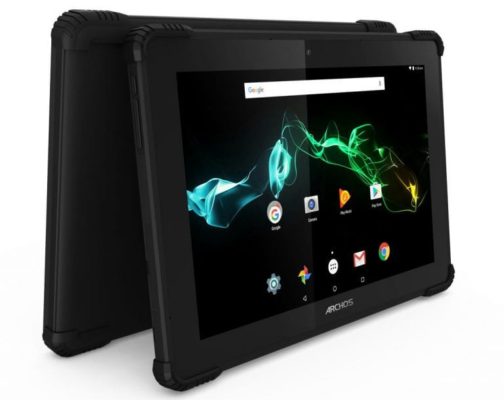 Availability and Price of Archos 101 Saphir rugged tablet in India

Details of the availability and price of the ARCHOS 101 Saphir would come later this year (June) when the tablet is officially launched.