If you spend a lot of time on Twitter and you also share videos, photos or GIFs with your friends and followers, as time goes, the Twitter app on your iPhone will begin to build a large cache. These caches may not consume much noticeable space on your iPhone, but they keep the app from running smoothly. So, what is the best way to treat the way the app handles storage? Well, cache created by Twitter can now be easily removed from your iPhone.

The latest update of the Twitter app for iOS has a storage setting which lets you get rid of cache files using the app. The app also allows you choose to either remove media storage, web storage or even remove both. Below we are going to be talking about how to clear Twitter cache on iPhone or iPad.

How to Clear Twitter Cache on iPhone and iPad

Before we proceed, make sure that you already have the latest version of Twitter installed or your iPhone or iPad. To get the latest update, simply head over to the app store and go to your Updates tab. After you have updated the app, follow the steps below.

If you want to remove all the GIFs and photos along with the Vine data on your phone, follow the steps below. 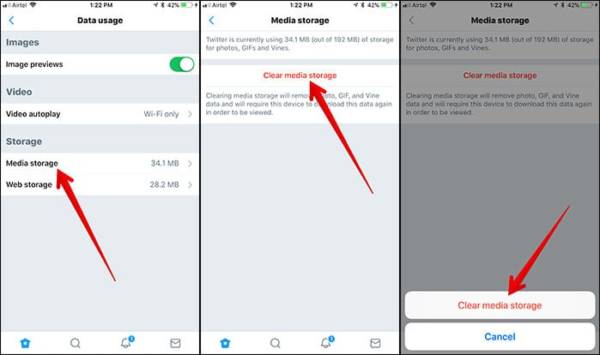 If it is the cookies and logins you wish to remove from your iPhone or iPad, follow the steps below. 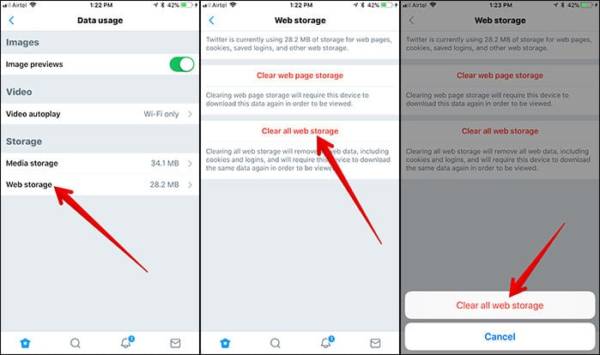 So now, you do not necessarily need to delete the micro-blogging app from your iPhone or iPad to remove its documents and data from your device. iOS 11 also lets you offload apps which are not used often without removing its data. This could come in handy for you in keeping your iPhone or iPad running smoothly.