I have already talked about the importance of watching something in Japanese as much as possible without using subtitles. Subtitles are a great help to better understand the plot and the dialogues, but they can also distract from listening.

Watching an anime without subtitles is not such an easy task- they are not all easy in the same way.

This is why I made a list of the simplest souls that I happened to look at, at least the ones I remember well (I’ve already seen too many!)

Do you think it is impossible to learn a little Japanese with anime? You’re wrong! Of course, you can’t only learn Japanese entirely in this way, but they are a great material for learning new vocabulary and grammar. In addition to the fact that they are a lot of fun! For more information, I recommend you read my guide dedicated to learning Japanese from anime.

Of course, to understand any anime/manga, in addition to knowing a certain number of words, it is necessary to have at least a knowledge of JLPT N4 level grammar.

Do not be surprised to find in the following list many anime slice of life, focused on the daily life of the characters- they are the easiest to understand ever! 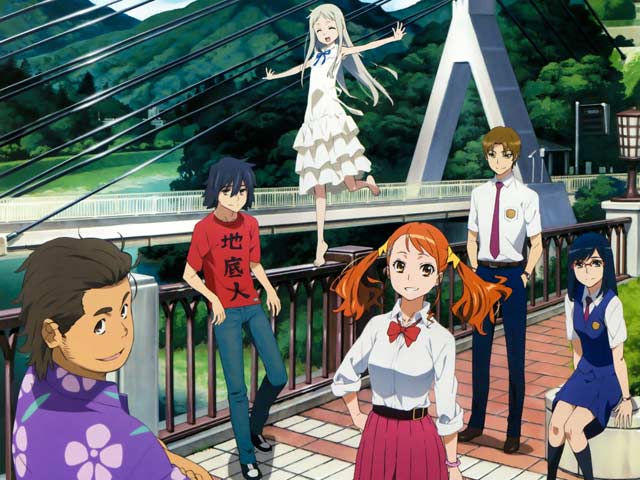 (In the upper image the main characters, from left to right- Poppo, Jinta, Menma, Anaru, Yukiatsu and Tsuruko. Apart from Jinta, the others are all nicknames.)

History: The life of five friends changes with the death of one of their friends, Meiko “Menma” Honma. The boys grow up and their paths are divided, until one day one of them, Jinta, starts to see Menma’s ghost. The girl wants her wish to be fulfilled. He doesn’t really know what it is, but he says old childhood friends have to get together like they used to.

Background plot rather simple to follow, maybe some passages in Japanese not really clear. I liked it a lot, although it was undoubtedly created with the aim of making every episode cry… From this point of view, I find that the anime is really forced, but somehow it integrates quite well with the plot.

I found the characters well characterized, each with its own personality. I thank that there is a character, perhaps a little banal but funny, like Poppo who breaks the drama of the anime a little. Everyone somehow feels responsible for Menma’s death, in each episode, the psychology of the characters will emerge more and more. 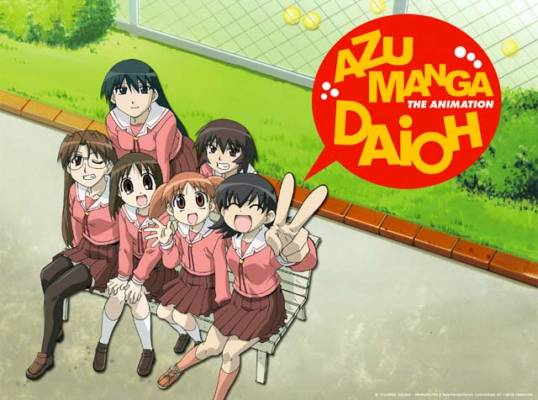 Story: The routine of a group of high school girls. I have nothing more to add- it has no plot!

It is not the simplest on the list, however many words repeat themselves and it helps a lot to memorize some language patterns. Being taken from a 4-koma, each episode is made up of different sketches depending on the topics covered. One of my favorite souls. 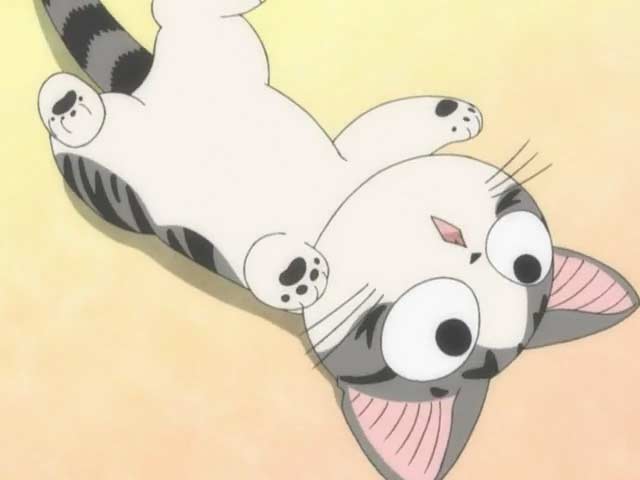 Story: Who is an adorable kitten who, after moving away from the family, is adopted by Youhei and her family. In all the episodes we will see Who grappling with his daily adventures.

I think it’s the easiest anime I’ve ever seen. Episodes only 3 minutes long, very simple dialogues- even without understanding every single word, situations from images are very well understood. Recommended for those who know very few Japanese words. Surely cat lovers will appreciate this series.

History: In a society where men and animals live together, the anime deals with the daily sight of these talking animals. In this series, we will find a polar bear who runs a bar, a panda who works in the zoo, a penguin and other animals that frequent the Shirokuma Café.

This anime is only from last year and I can say that I was not a beginner. But I find that, apart from a few puns, it’s really easy to understand. Also, all the animals on the show speak slowly. Recommended if you don’t find anything suitable for your level.

Although from the plot it does not seem, this anime is not bad. Not all episodes are fun in the same way, but they are really brilliant. All animals have their own well-defined personality and I find them all excellent- I like White Bear with his stupid lines, Panda because he is all too naive (besides being super lazy) and Penguin, a regular customer of the bar. I do not know how much you may like the genre, however, I recommend watching at least a couple of episodes before judging. 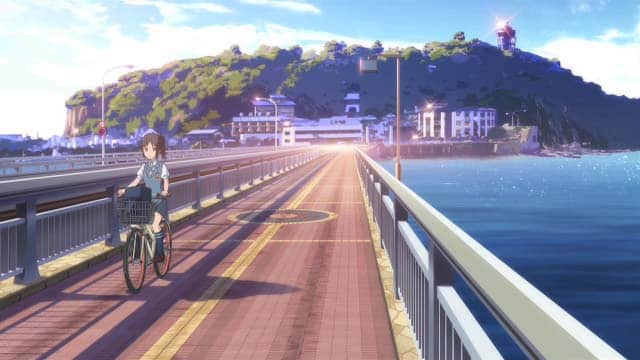 History: The daily life of five high school students, apparently with nothing in common, who find themselves united by music.

The plot is simple and straightforward, fairly trivial and some characters very little in-depth, but it lets you look pleasantly. Mainly because spoken Japanese is not that difficult and it is a rather short series.

The theme of music is only an excuse to unite the characters, in reality only the personal stories of the kids who move the story. I only say this to clarify why it is not an anime focused solely on music. 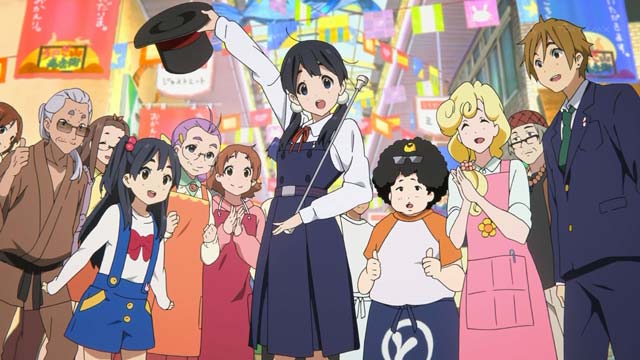 History: The series follows the daily life of Tamako, a high school student who helps the family in the commercial activity of the mochi (typical Japanese rice cakes). One day he meets a wacky talking bird who takes up residence in his home.

Souls from last fall season. Except for something not always so clear, the plot and the dialogues did not seem so difficult to understand. It certainly is not one of my favorites but it is pleasant to look at just for the nice animations. 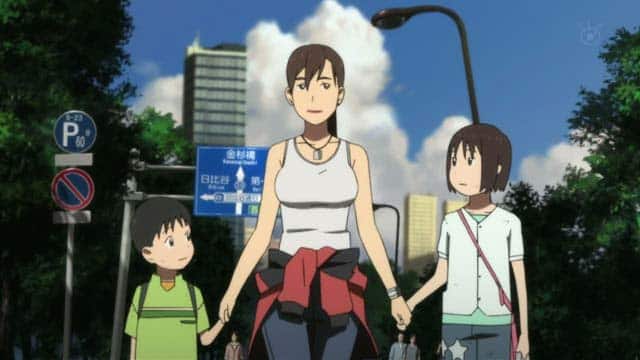 History: It is centered on Mirai and Yuki who, at the beginning of the summer holidays, go to a robot exhibition in Odaiba, an artificial island in Tokyo Bay. Suddenly the metropolis is hit by a strong earthquake. Thanks to the help of the little delivery girl Mari met by chance, Mirai manages to find the little brother still left in the building. The three begin to travel together to return home to their families.

Did you know that a major earthquake is expected to hit Tokyo in the next 30 years? It is on this premise that the anime showing the destruction of the city is based. Among other things, this anime was also released in 2009, two years before the Fukushima disaster! I recommend this anime not only for the development of the plot and the topics covered but also for Japanese spoken. It is not very difficult to understand, several words are repeated over and over, there is both formal and informal language. The only difficult parts to understand are when the TV reporter explains the damage from the earthquake or uses more technical language. For the rest, it is easy to follow the progress of the plot.

I would say that with this list you already have a lot of Japanese material to watch!

If you don’t like any of these souls, it is better to look for one that suits your tastes- it is more important to have fun than to be bored watching an anime, it is easier to memorize new words if scenes are impressed on you.

Do you have any anime with simple dialogues to recommend and add to the list? Leave a comment!