China’s Xiaomi will be introducing another exciting midrange smartphone in a few days, featuring well-equipped hardware and two SIM cards. The talk is about the Xiaomi Mi 5.

The upcoming Xiaomi Mi 5 will feature a huge, thin-screen display that will be called the FullView. The display will be inspired by the competition and we can look forward to the unusual aspect ratio of 18 – 9, which is becoming more and more popular.

SEE ALSO: REVIEW – Xiaomi Mi A1, the android one of the moment 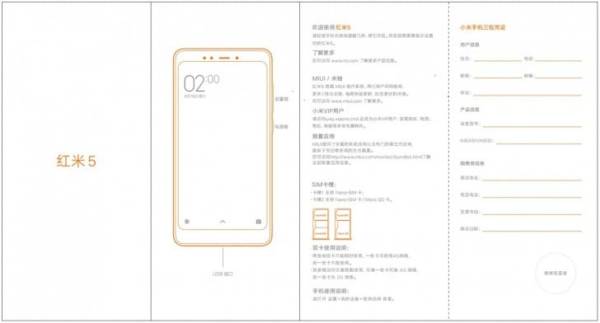 The Xiaomi Redmi 5 will be powered by an 8-core processor Helio P20 or Snapdragon 625, which will boot 2, 3 or up to 4 GB of RAM. Therefore, the choice will be from several versions that will differ in the size of the RAM of the memory and the size of the storage. By the way, the storage should be 16, 32 or up to 64 GB, and the phone can also find the option of having a dedicated memory card slot.

The new Xiaomi should offer a 12-megapixel camera at the back, while we still find a 5-megapixel camera on the front. It should come as a dual SIM version, with both cards probably taking the Nano SIM size. So far, the existing leaks claim that Xiaomi Redmi 5 will be on the MIUI 9 final release which already out of the box.

SEE ALSO: Xiaomi R1, the next Full-Screen Smartphone From the company?

Xiaomi should introduce the smartphone on December 7th. The Xiaomi Redmi 5 should start at $ 150 for the lowest-priced variant, with the most powerful option going slightly beyond € 200.