An unnamed Samsung device with the codename SM-A730F surfaced on Geekbench listings just recently and all indications point out the device as the Galaxy A7 (2018) smartphone. Remember, a certain Samsung SM-A730X surfaced in Geekbench listing months ago unveiling some of the Galaxy A7 (2018) specifications, well the new benchmarks that have surfaced have come to debunk some of those while reaffirming others. 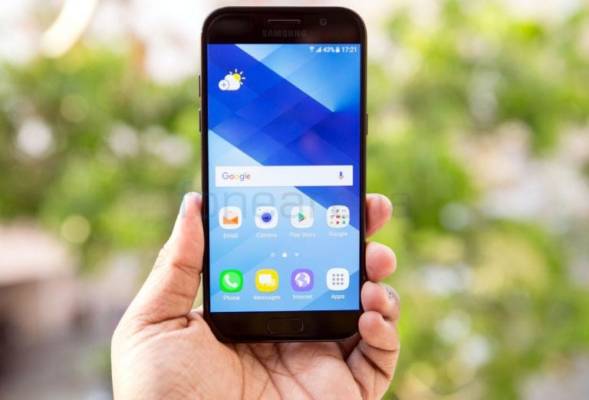 To begin with, the Samsung Galaxy A7(2018) could be Samsung’s first budget-friendly device to sport the bezel-less infinity display which at the moment is reserved only for the elite devices with leaked renders also tipping a huge 6-inch Infinity Display. The design could see a mix of metal and glass as cool as ice with IP68 certification for dust and water resistance while sporting a rear-mounted fingerprint scanner.

The smartphone is expected to be powered by Exynos 7885 14nm processor alongside Mali G71 GPU running on a whopping 6GB of RAM, double what was available in the 2017 version.

The Galaxy A7(2018) could feature a dual front camera setup as well as a single rear camera with LED Flash.

There seems to not be enough Oreo to go around just yet. The Benchmark lists the Galaxy A7(2018) device to run on Android 7.1.1 Nougat operating system out of the box. It also states that the smartphone will join the Bixby bandwagon. 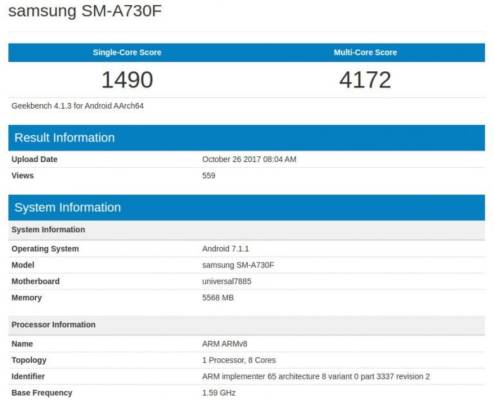 Availability and Price of Samsung Galaxy A7 (2018)

The Galaxy A7(2018) is expected to be announced by the end of the turn or the turn of it, where availability and price details would be made known.