Graveyard Keeper has managed to prove itself to be an interesting and immersive game since its release. The game comes with lots of quests to complete and places to explore. Fortunately, this can all be done with so few controls.

The game does not feature any complex mechanics making it even more fun, stress-free and providing a relaxing experience. In the guide below, we will show you the default controls for Graveyard Keeper on PC. Unfortunately, we don’t have the controls for Xbox One right now, however, we’ll come back and update the post when we do.

While playing Graveyard Keeper, you can check the controls list by opening the main menu. Do this by hittings the start button on your controller or the Esc key on your keyboard. Next, select the controls option.

Just as I said above, Graveyard Keeper doesn’t have many controls and as such, they shouldn’t be hard to memorize and you should get used to them in no time. Below is a screenshot of the game. 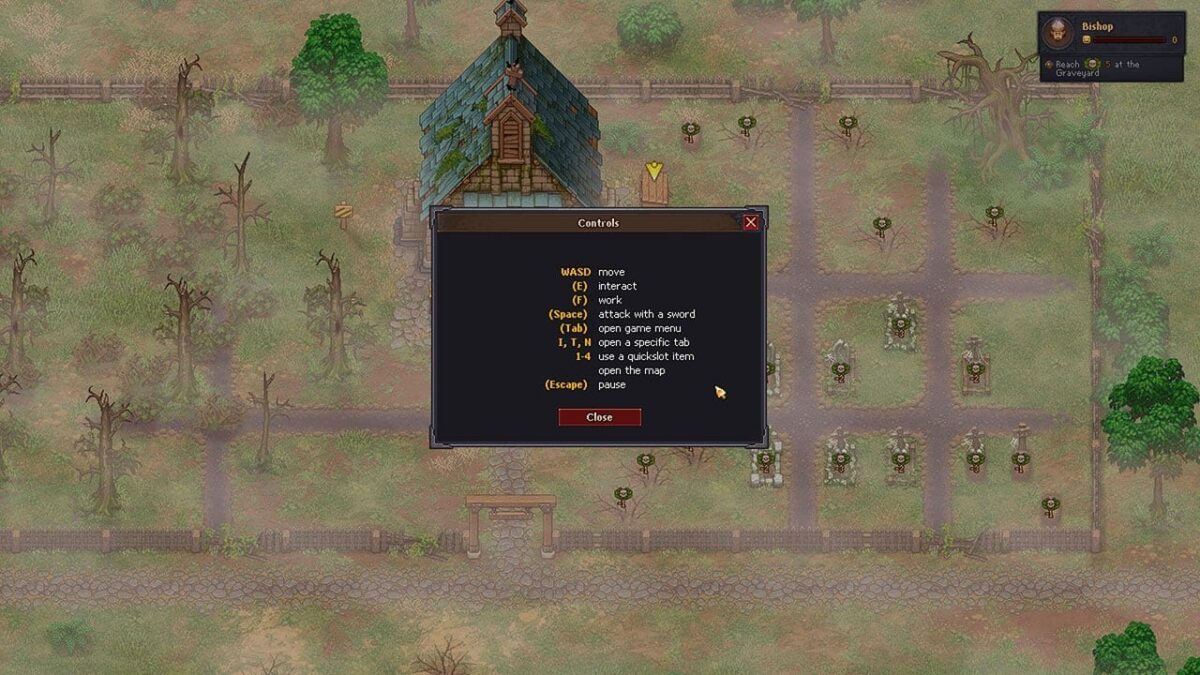 To break these down, your character can be moved using WASD. This is the standard on most PC games. E is the interact key. This is the key you use to pick up items and interact with objects in the game. The Spacebar is used to attack (when you have a sword). F is used to work. This is where your character works on crafting and doing activities. The tab key is used to access the game menu. I, T, N, and M are used to launch certain tabs on the menu. Specifically I for inventory, T for technology, N for NPCs and M for Map. Use the number keys 1-4 to use your hot bar. This is where you can place potions and other useful items. Finally, Esc is used to pause the game.