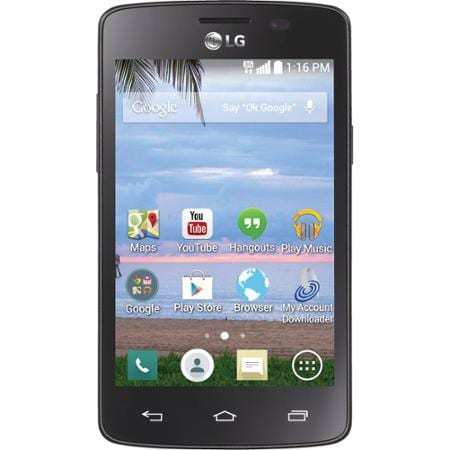 Not everyone wants to buy a smartphone with high price and this is what LG had in mind hence made the Tracfone LG lucky LG16 and LG15G this has to be the cheap android smartphone we’ve ever seen and its being sold on Walmart.

The TracFone LG Lucky LG16 smartphone comes fully loaded with a wide variety of applications, including Wi-Fi and Bluetooth. And you can access over a million other apps on Google Play. It comes with a camera, which allows you to snap shots and share them with friends, plus a video recorder.

The MP3 player lets you listen to your favorite music on the go. This Android smartphone supports a microSD memory card of up to 32GB. It should be noted that the memory card does not come included in the packaging, and can be bought separately. The smartphone comes with 7.3 hours of talk time.