Hewlett Packard (HP), the ever so active technology company is coming out with new products directed at the younger generation. Sources close to the firm has revealed that HP is busy with product launches for the general consumer without forgetting the narrow market which has the educated minds on it.

HP is planning a new range of products targeted or aimed at this market. These include the new ProBook x360 11 G3 and the G4 EE convertibles as well as the new Stream 11 Pro G5 laptop. They all offer relatively low-end internals.

To analyze the ProBook x360 11 G3, it comes with Intel Celerom or Pentium processor. The display is 11.6 inches and storage is 8GB of RAM. Internal storage configuration begins with 64GB of ROM and goes all the way to 128GB or 256GB SSDs.

The G4 EE, which is scheduled to be released in spring of 2019 has a powerful Intel Core m3 or i5 processors. However, if one looks at the rest of the specs, they are the same with that of its peers. Notably, the G4 has no option for the 64GB of ROM internal storage.

These devices are durable and offer long-lasting use by the user. They come with rubber finish for shock absorption and a spill-resistant keyboards. About the battery life, make sure you get up to 16 hours of use without charging, once they are a hundred percent charged.

Regarding the Stream 11 Pro G5, it is a more conventional laptop, scaling off the 360-degree hinge for one that opens up to 180 degrees in order to lay completely flat. This device too is durable, arriving with LIL-STD 810G and IP41 certification. It endures drops from about two feet. 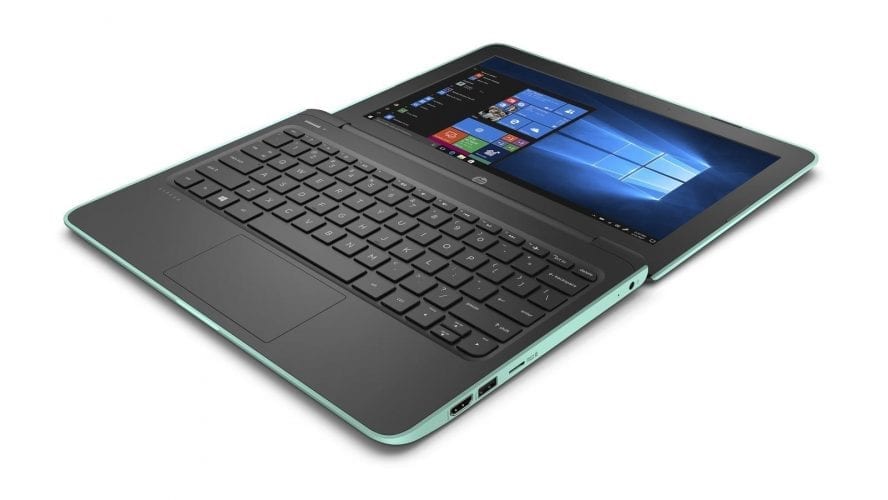 The Stream 11 Pro G5 also includes an 11.6 inches display. This comes with touch and non-touch variants. Inside it, there is an Intel Celeron or Pentium processor. For storage capacity, there are 8GB of RAM, and variants of 64GB/128GB of eMMC. Battery power will last for up to 12 on full charge.