The Indian OEM – iBall have ensured the tablet PC line of their industry doesn’t get idle. In June 2017, the iBall Slide Elan 4G2 made its entry into the iBall most successful series – iBall Slide. iBall Slide 4G2 cannot be classified amidst tablets with the best shooters neither can they be classified as tablets with the best screen sharpness. However, the tablet has a very advantageous feature – its price. The tablet has the 4G LTE connectivity alongside VoLTE. Another impressive feature of the tablet is its duration. These features and some of its other specs look kinda appealing considering its budget nature. So, let’s look closely at the iBall Slide Elan 4G2. 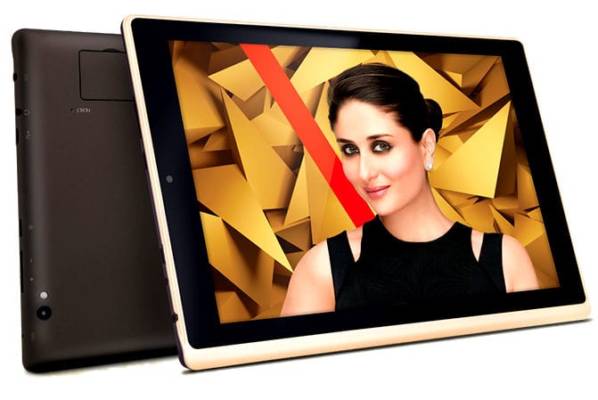 The tablet’s design is a very simple slim design. The camera on the front is located at the left bezel’s centre. The bezels of the tablet are thick as they surround the entire touchscreen while a metallic frame surrounds the bezels themselves. The 3.5mm audio jack is also spotted on the tablet. At the tablet’s rear, a camera is located.  The tablet has 10.40 cm thickness with a large weight of 575g (with battery). According to iBall, the tablet is “slim and big, yet lightweight”. That’s interesting. The only dedicated keys on the tablet PC are the volume keys and power button.

The tablet has an exclusive large display. Its display size is pegged at 10.1 inches. This large display entails that videos watched on the device appear very large. The screen resolution of the tablet PC is not top notch. Its screen resolution is placed at 800 x 1200 pixels. It handles the sharpness of texts and icons. The tablet has the multi-touch input as well as 16 million display colours. This tablet’s IPS LCD touchscreen display comes with HD display.

The tablet’s processor clocks at a low speed of 1.3GHz. This CPU has four cores denoting it’s a Quad-core processor. The device’s multitasking is taken care of by an average 2GB RAM. iBall Elan 4G2 makes use of a 16GB ROM to store up files and documents. Its storage can also be expanded to 32GB with the use of a micro SD card.

iBall Slide Elan 4G2 tablet has a 5MP shooter that snaps images and also records videos. This rear camera also has features such as autofocus, face detection, face beauty mode and anti-flicker. Added to these pack of features is a LED flash support for brightening images. The selfie camera found at the front of the tablet has 2MP quality. There is no LED flash support for this camera. The tablet runs on the Android v6.0 Marshmallow. Connectivity wise, the tablet’s spearhead is the 4G LTE with VoLTE connectivity. 2G and 3G network types are also present. Bluetooth v4.0, Wi-Fi 802.11ac, Wi-Fi Hotspot and USB connectivity adds up the tablet’s connectivity section.

Elan 4G2 tablet enjoys a voluminous non-removable 7,000mAh battery that lasts up to 300 hours on standby.

The price of Elan 4G2 tablet across several shipping stores is 311 US dollars equivalent to 13,000 rupees.

What is The Current iBall Slide Elan 4G2 Price and Availability Status?

You can click on the links below to view latest iBall Slide Elan 4G2 price & availability.

Where to Buy iBall Slide Elan 4G2 & Pay On Delivery