The company iFixit, this time focused on the new products from Google, Pixel 2 XL, and dismantled it until “the last screw.” Join us and the technicians from iFixit to look into its interior. 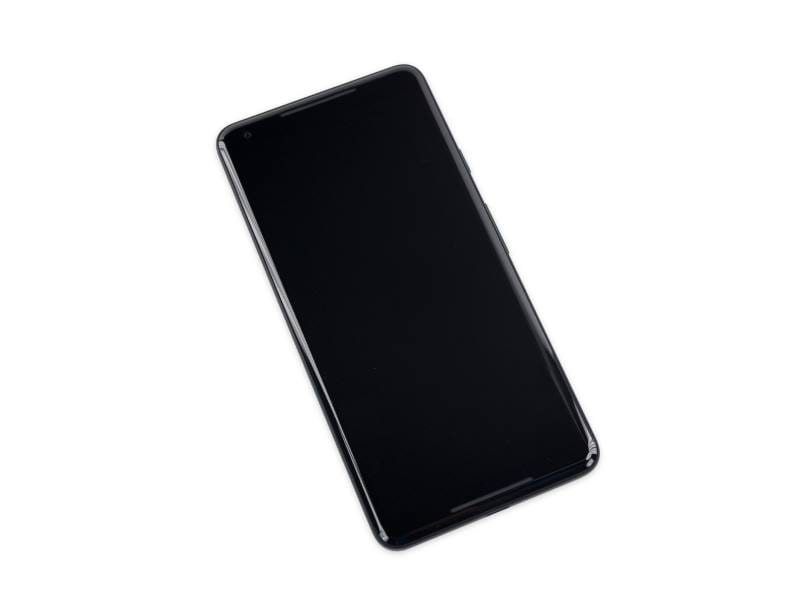 As it is customary, Google smartphones are the most sophisticated handsets on the market. Therefore, the 8-core Snapdragon 835, 4 GB RAM, 64 or 128 GB internal memory, and a 6-inch POLED display with QHD + (1440 x 2880 px) resolution, covered with Gorilla Glass 5 3D glass, are included in the Pixel 2 XL. 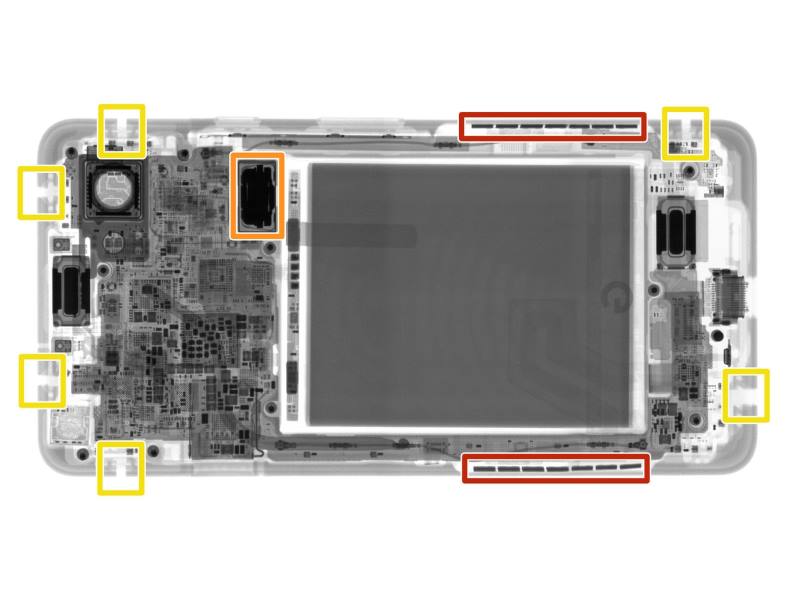 The X-ray view of the phone reveals the pressure sensors on its sides (red), the vibration motor (orange) and the antennas (yellow). 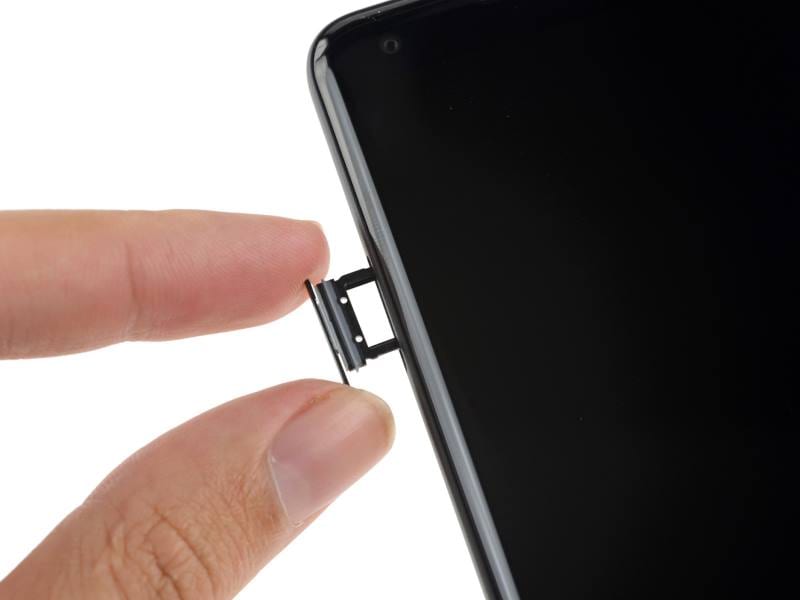 Water resistance at the location of the SIM card slot helps the sealing rings. 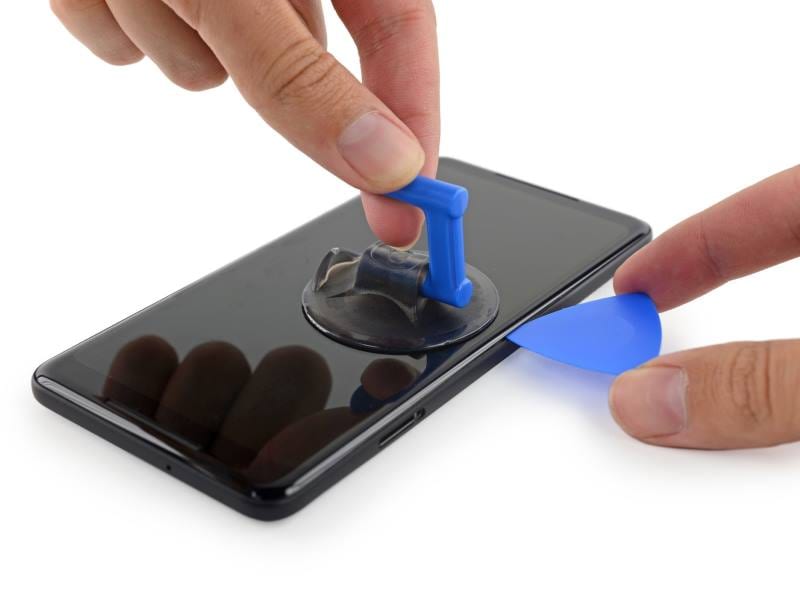 The smartphone can be opened without having to burn it. 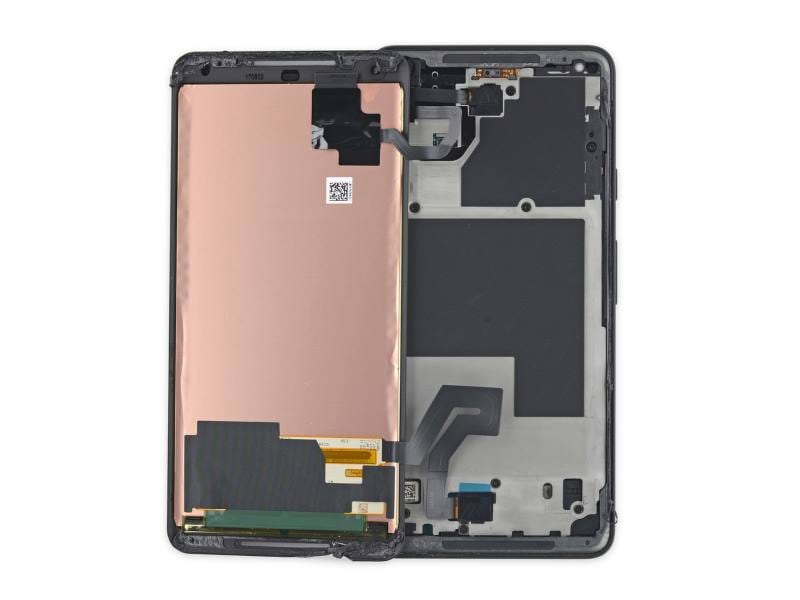 The display is connected to the inside with longer cables than is the case with other smartphones, making it easier to handle after separation. 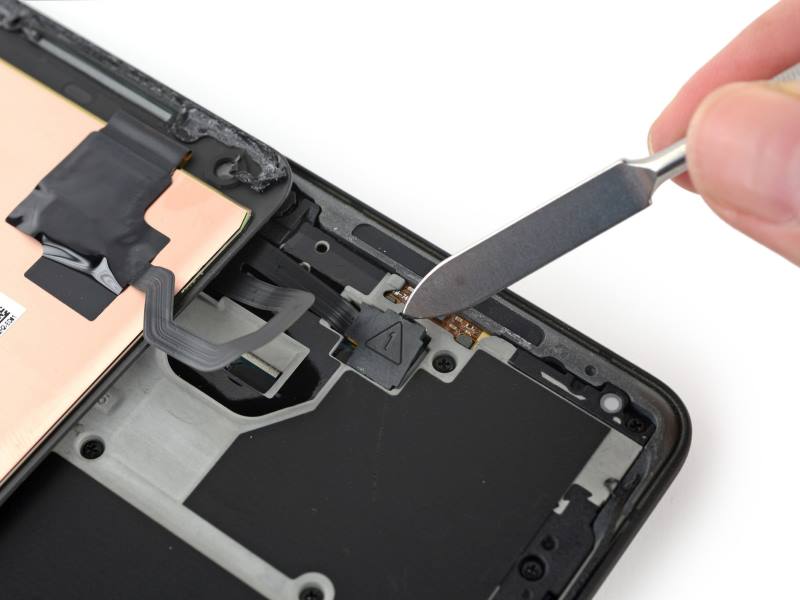 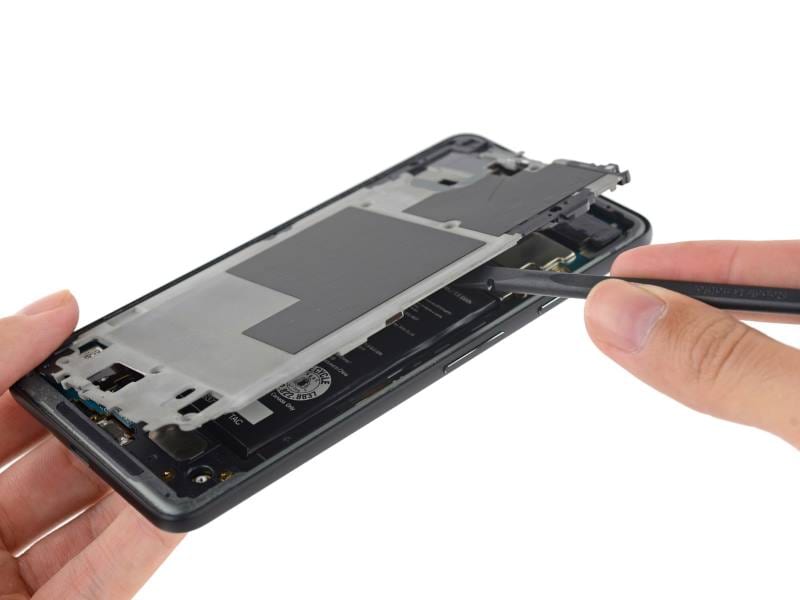 After disconnecting the display, we reach the metal reinforcing frame. 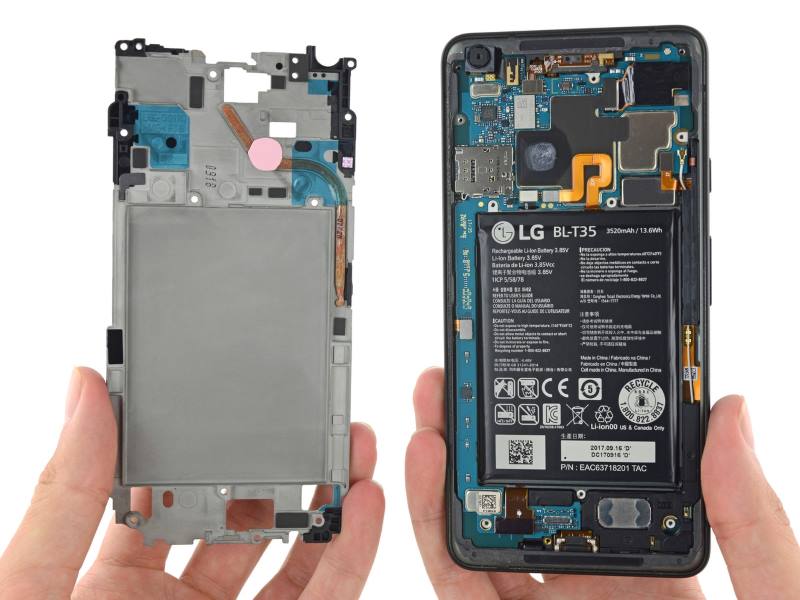 Its removal reveals the inside of the phone. 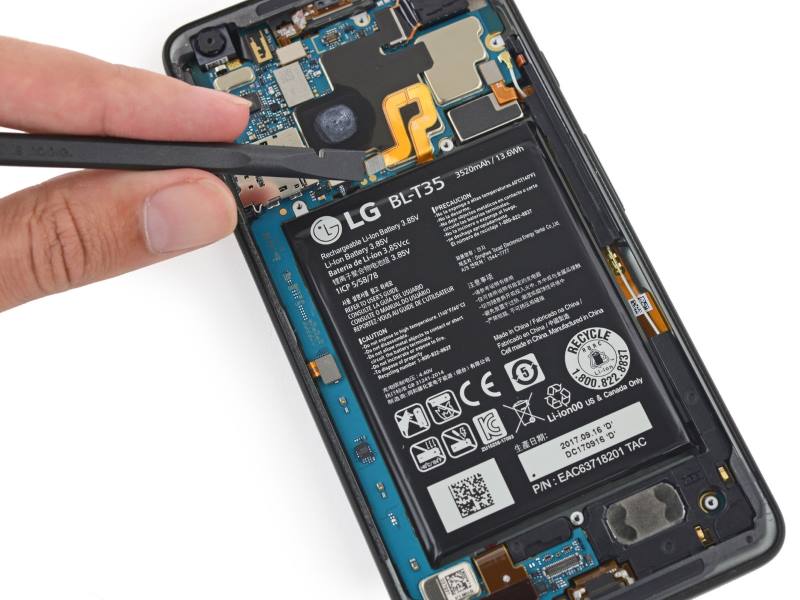 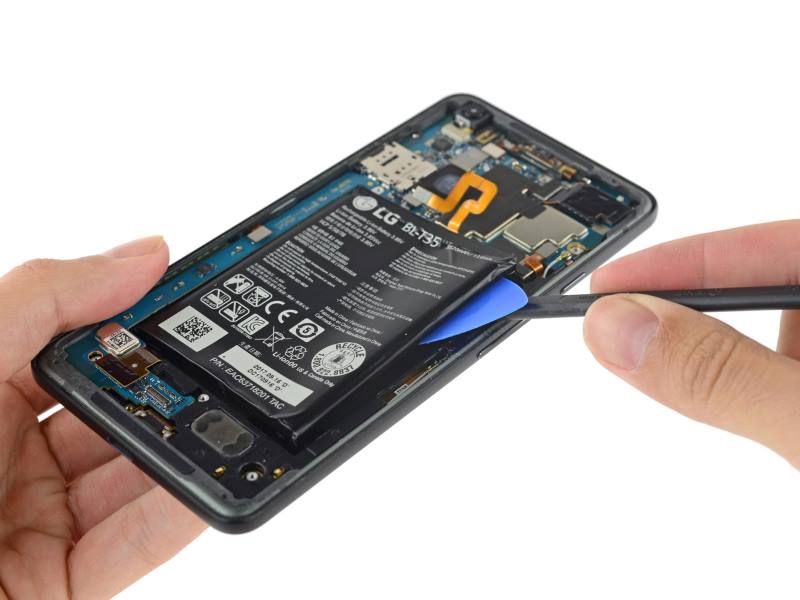 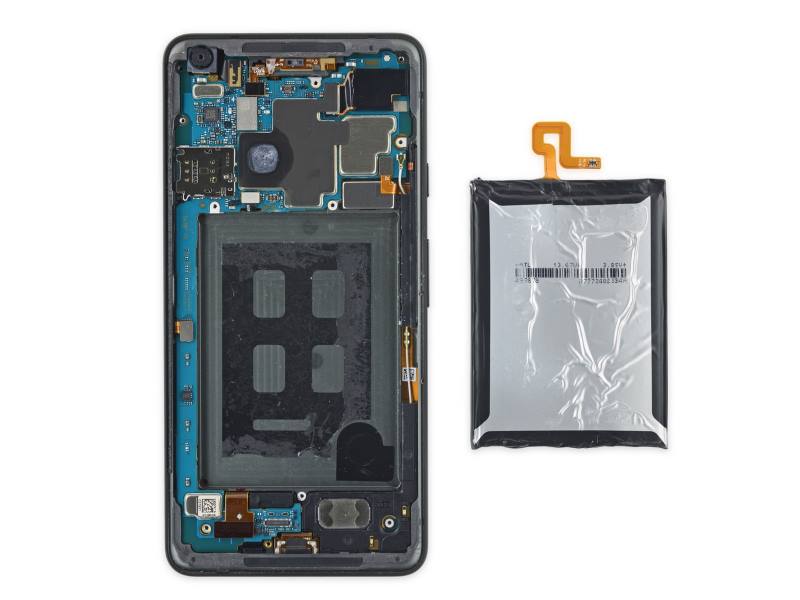 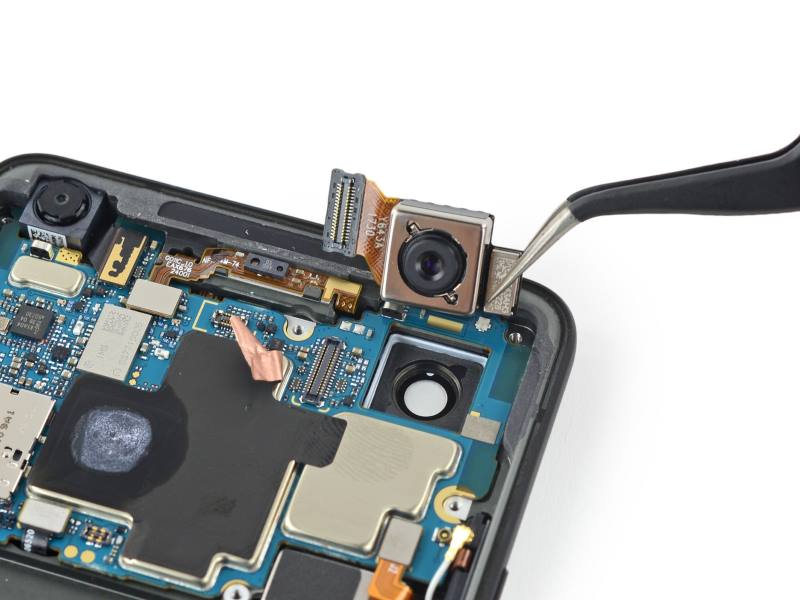 In the next step, we see the primary 12.2-megapixel camera with dual pixel sensor, optical stabilisation and f / 1.8 optics. 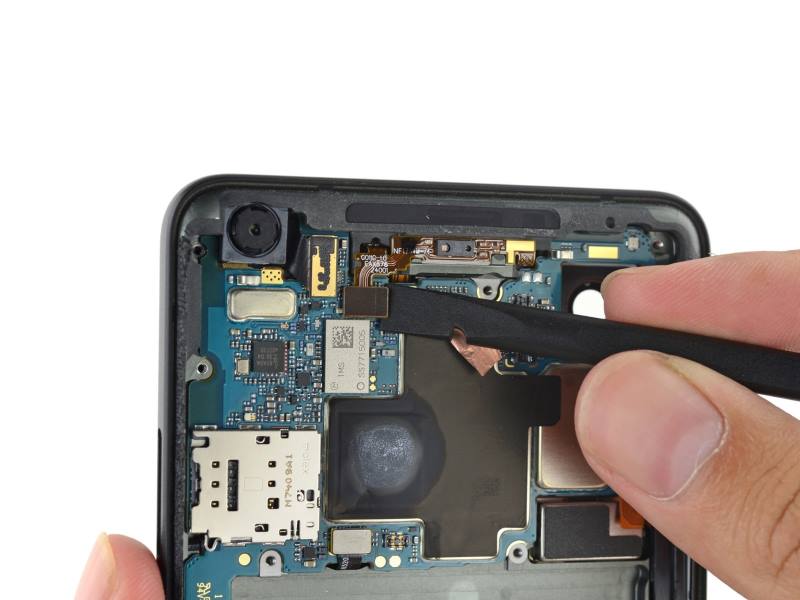 And here is a series of front sensors. 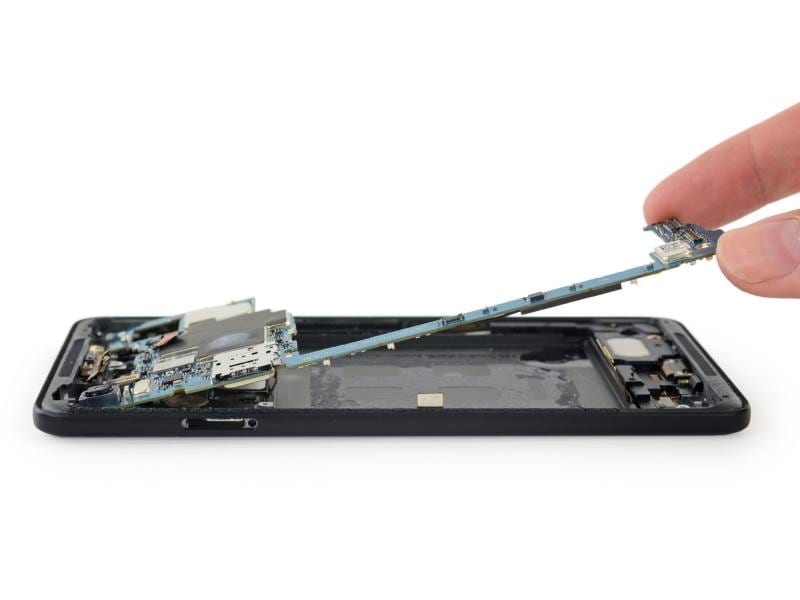 Out there is a motherboard. 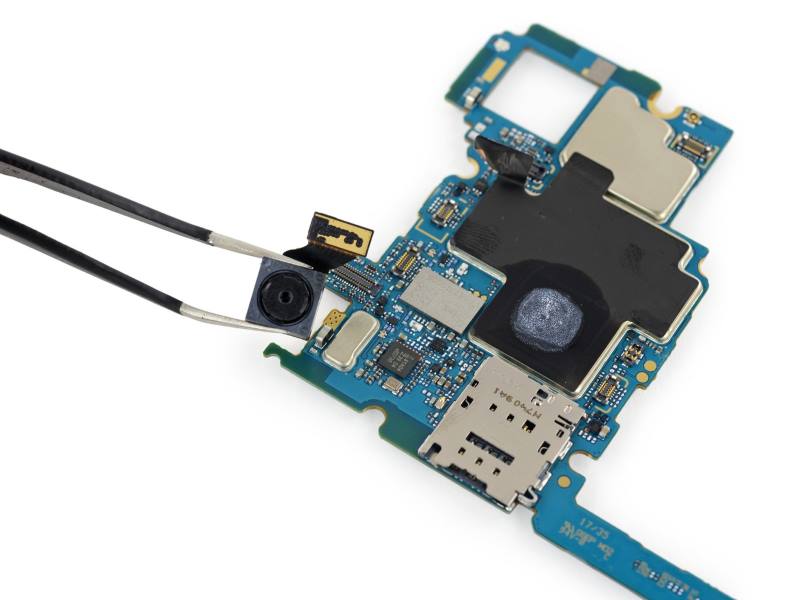 When discovering its parts, we start an 8-megapixel webcam. 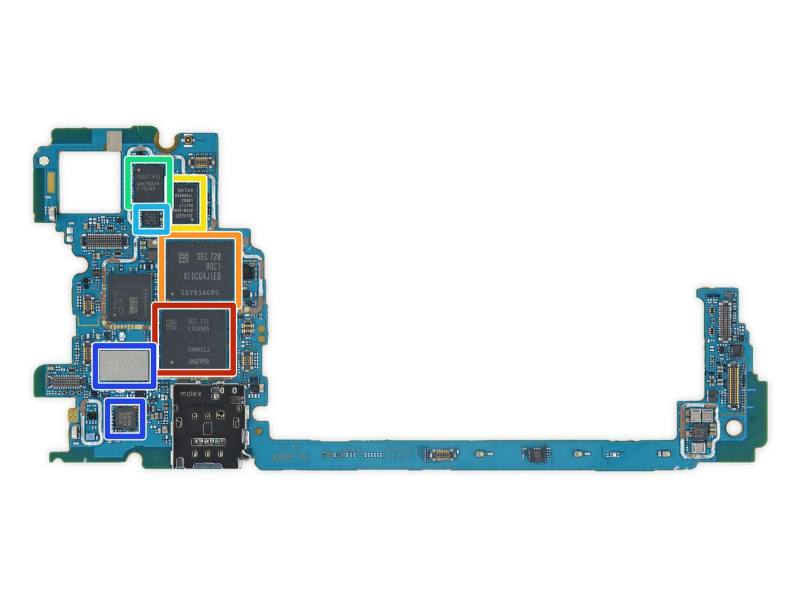 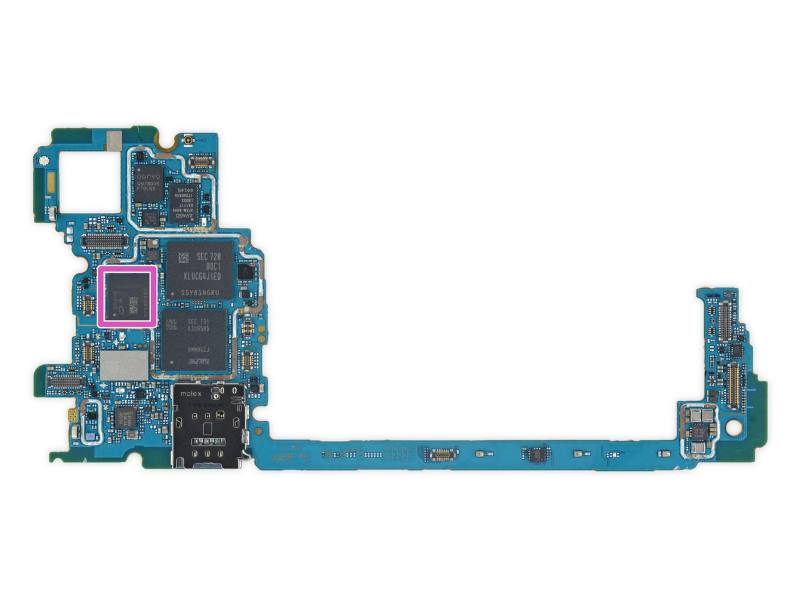 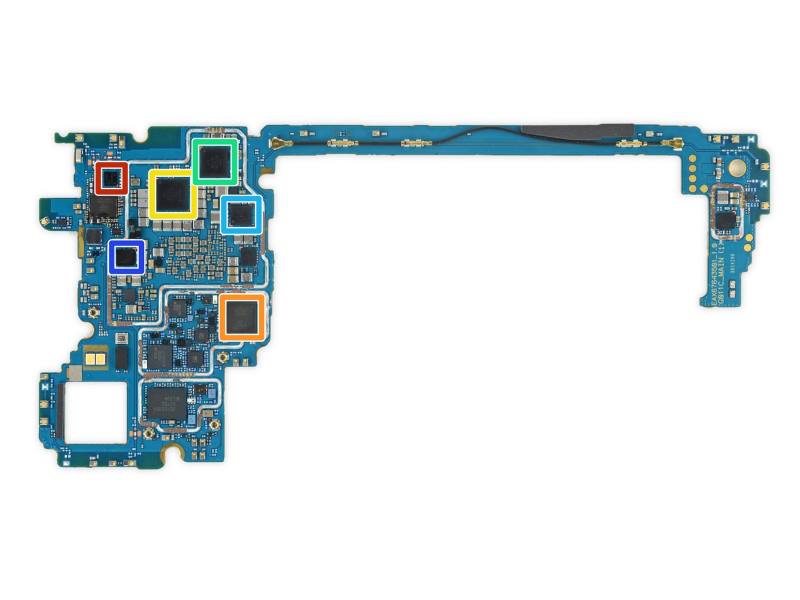 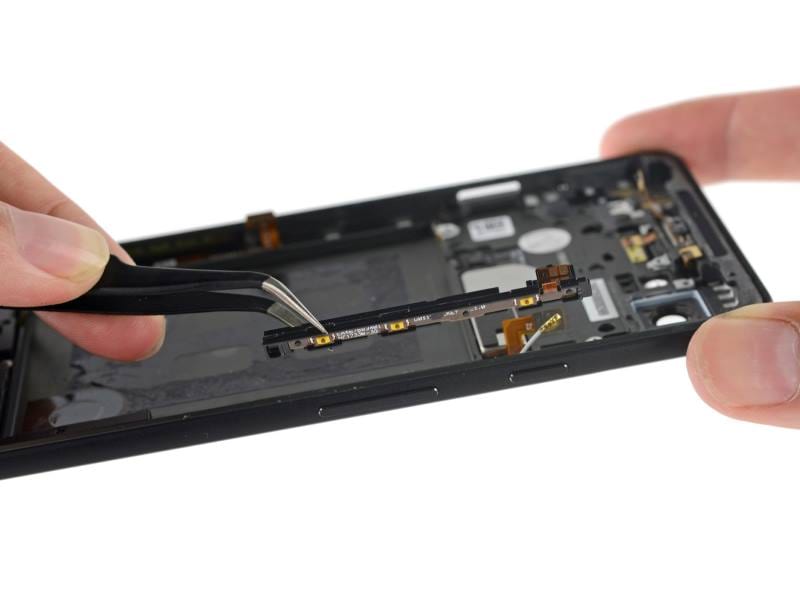 We’re getting the volume and power buttons … 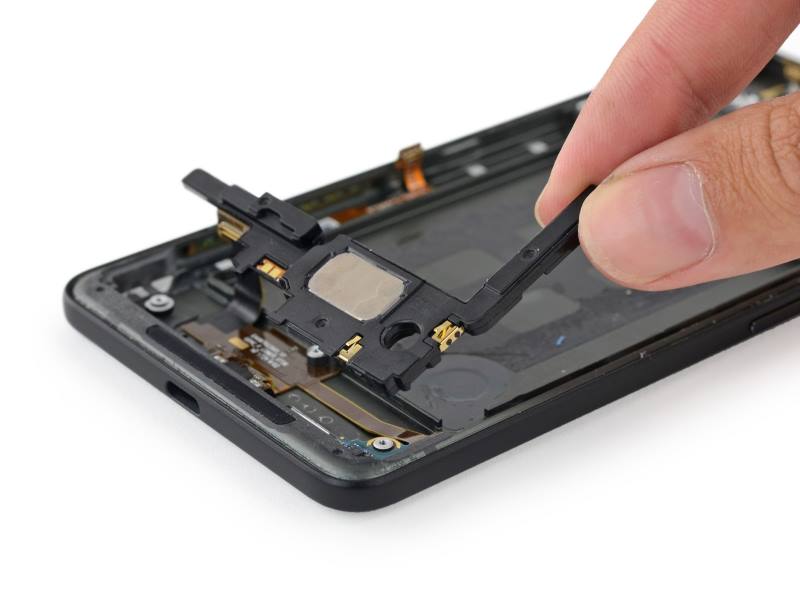 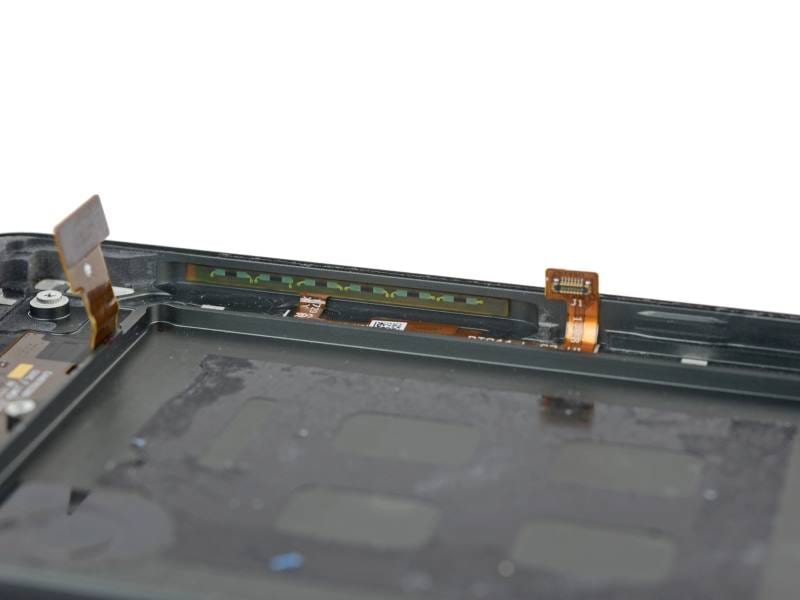 … and one of the side pressure sensors with its detailed views. 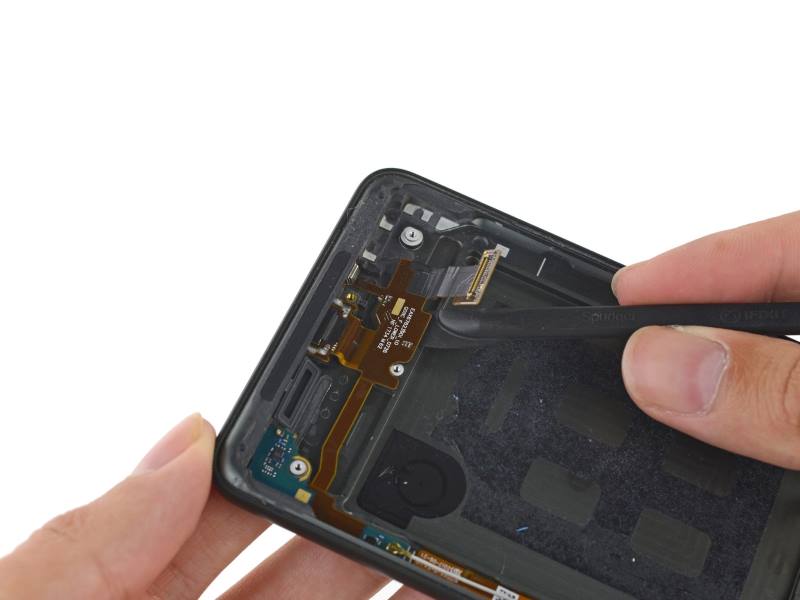 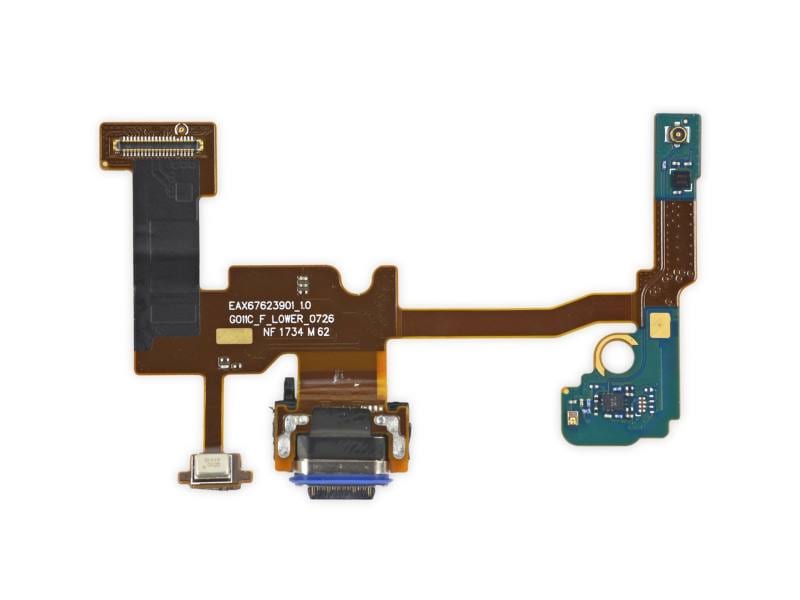 The USB-C connector is one of the most desirable components, especially in the absence of a 3.5 mm audio connector, so it is, for ease of replacement, located on its board. 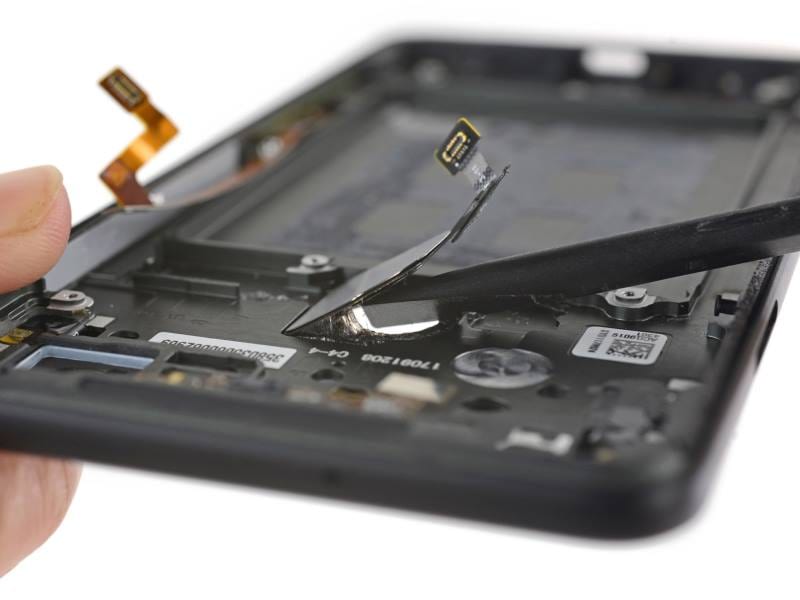 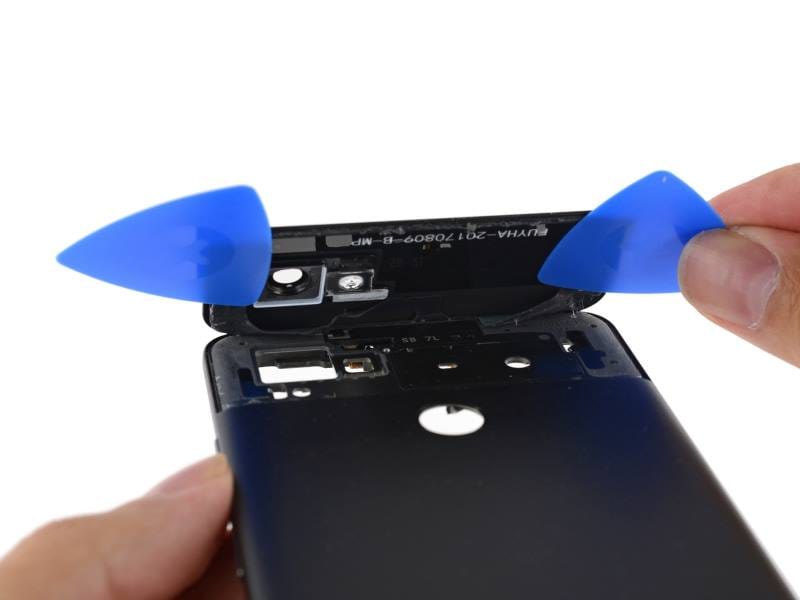 The rear glass is thicker than the display. 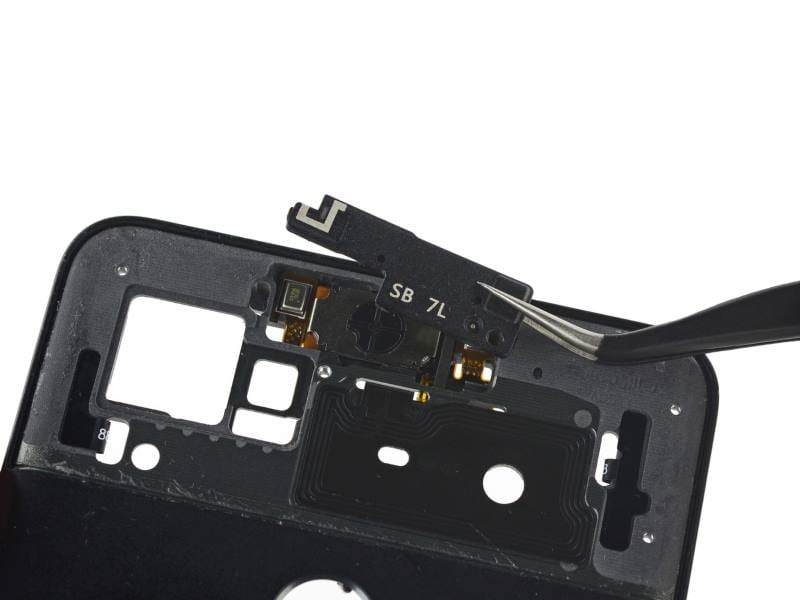 iFixit assumes that this coarse pad serves as a shock absorber. 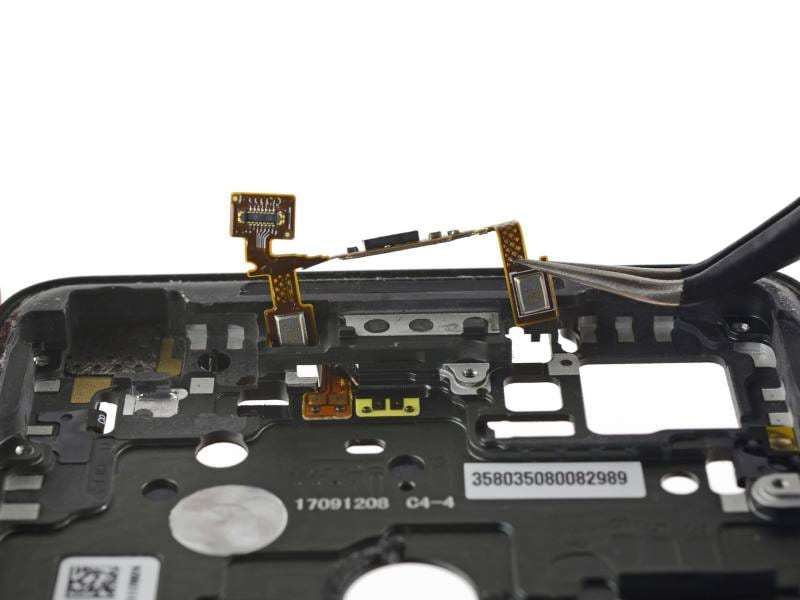 The front sensor cable is accessible after removing the rear window. 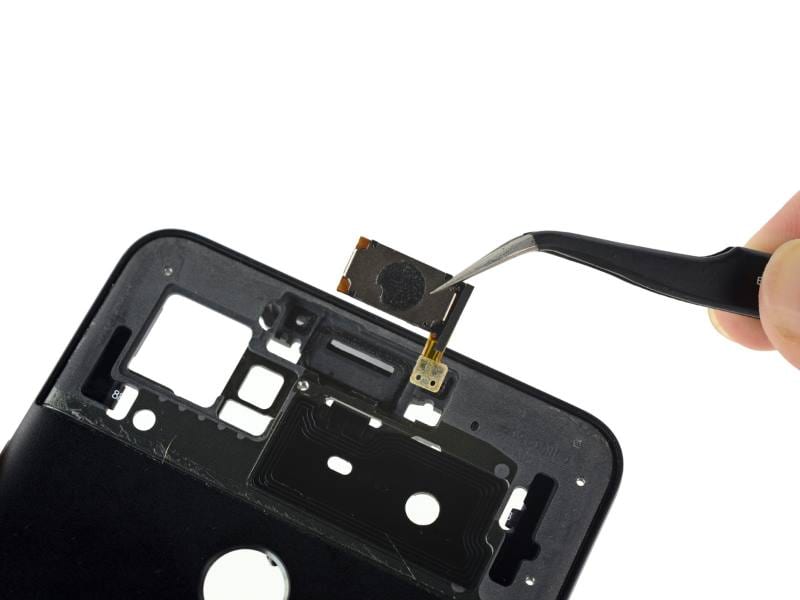 Well, and finally the headphone speaker … 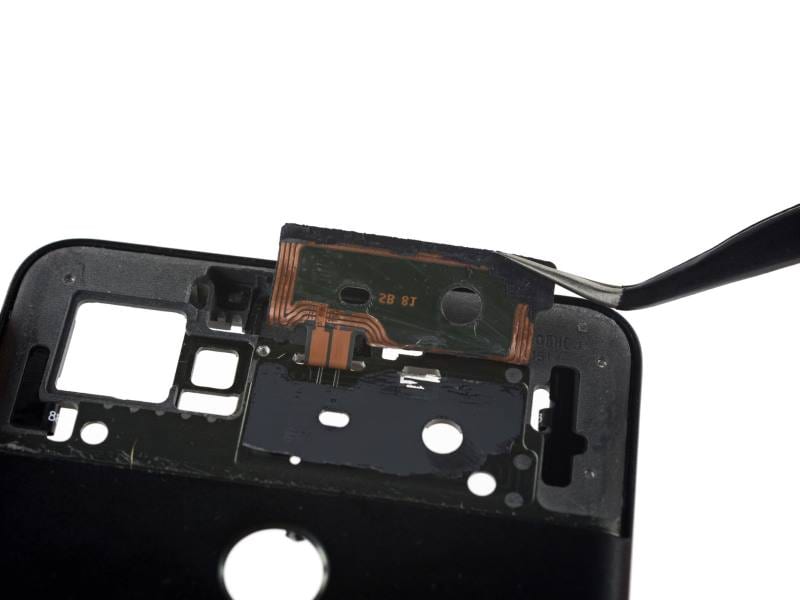 iFixit has awarded the Google Pixel 2 XL 6 of 10 points and evaluated it as follows: 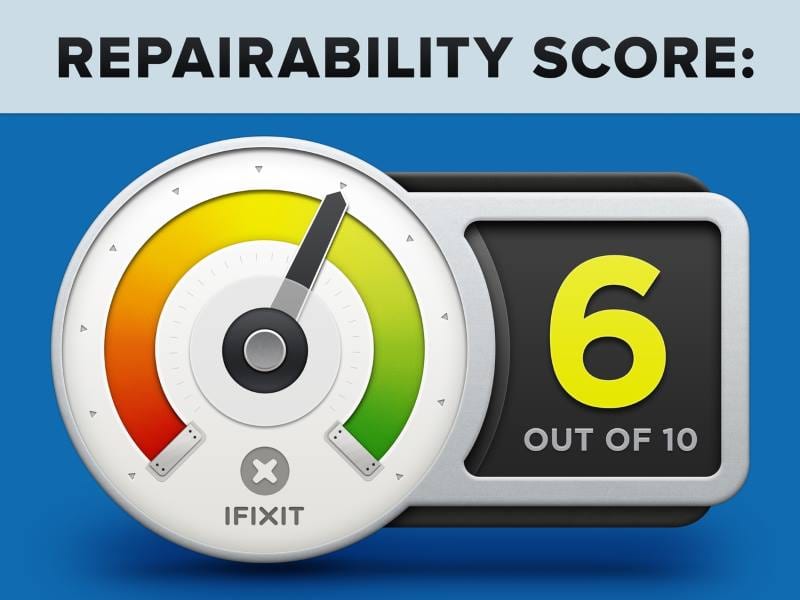