In the smartphone world, the Gionee Company has had its fair share of impact. The Gionee M6 Lite is another example of such impact when it was announced as a successor to the M6 and M6 Plus which were the flagship phones for the year 2016. The M6 Lite is a downgraded version of the Gionee M6 and M6 Plus and it comes in a metallic back design with narrow bezels on the sides. In spite of its downgrade from M6, it still comes with an advanced encryption feature, the latest security application that secures your phone.

In this article, I pit Gionee M6 Lite against Infinix Hot 4. I’m going to compare them according to their specifications (display, design, memory, battery, hardware, software, etc) and when I’m done, I’ll leave you to choose which one is best for you. Enjoy. 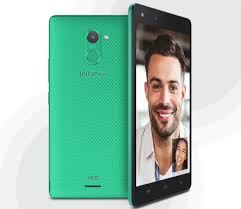 The Gionee M6 Lite smartphone comes in a 8.2mm slim metallic body design with a removable back cover, the Gionee M6 Lite sports a familiar 5.5 Inch Full HD IPS, and a resolution of 1080 x 1920 (401 PPI) pixels while the Infinix Hot 4 also sports a 5.5-inch display with a lesser resolution of 720 x 1280 pixels, the display is said to offer 12 ultra-bright backlight LEDs.

In terms of performance, the Gionee M6 Lite comes in a more powerful Octa-core MediaTek MT6755 Helio P10, with Mali-T860MP2 GPU and a speed of 1.8GHz frequency processor to deliver a good performance while undergoing different tasks at a time. In contrast, Infinix Hot 4 is powered by a Mediatek MT6580, a 1.3GHz quad-core processor, a lesser performance and lesser speed in comparison to Gionee M6 Lite.

When it comes to storage, the Gionee M6 Lite sports a 4GB RAM, 64GB ROM which is expandable to 256GB through a slot for the micro SD. The Infinix Hot 4 on the other hand comes with a lesser 2GB RAM and 16GB built-in storage. The built-in storage can be extended by up to 32GB via a microSD slot. Again, the M6 Lite offers more in storage capacity.

In the camera section, the Gionee M6 Lite again proves to be a more powerful phone in that it comes with 13MP f/2.0 aperture phase detection autofocus, dual-LED flash rear camera and 8MP front camera while the Hot 4’s front-facing camera has a 5MP sensor and an 8MP rear camera with a five-element lens system, the same setup as its predecessor and does not match the prowess of Gionee M6 Lite.

For power, the Gionee M6 Lite packs a more powerful non-removable Li-polymer 5000mAh battery to give you a long-lasting battery with a fast-charging feature while Infinix Hot 4 also features an impressive 4000mAh battery, which can last an average user for up to 2 days.

Both the Gionee M6 Lite and Infinix Hot 4 support Wi-fi/2G/3G/4G/LTE. The devices come with a Bluetooth, USB type C port and a GPS.

The Gionee M6 Lite runs on Android 6.0 Marshmallow as is common to most recent smartphones and it also houses a fingerprint sensor speed while surprisingly, the Infinix Hot 4 does better than the M6 Lite. It also runs on Android 6.0 (Marshmallow but also comes with its own customised skin, the XOS, a fingerprint sensor on the back and a Smart Voice, which is just a technology that uses an additional microphone and some smart signal processing algorithms to isolate ambient noise for clearer calls.

Even though the Gionee M6 Lite eventually proves to be a better phone than the Hot 4, I must say that the Hot 4 impresses me at that price.

So, which would prefer between the Gionee M6 Lite and Infinix Hot 4 based on our comparison above?