In recent weeks, the rumors around the Google Pixel 3 and Pixel 3 XL have followed each other in rapid succession. So it is starting to look more and more like this time three models come out. Early next year, Google reportedly brings out another mid-ranger, with the Snapdragon 710 under the bonnet.

In addition, we now know that the OLED panel of the Pixel 3 XL will probably be made by LG. Leaked screen protectors expose the design of the screen panels. We saw the picture below. Originally from an anonymous source, but then the details were confirmed by reliable leakers. 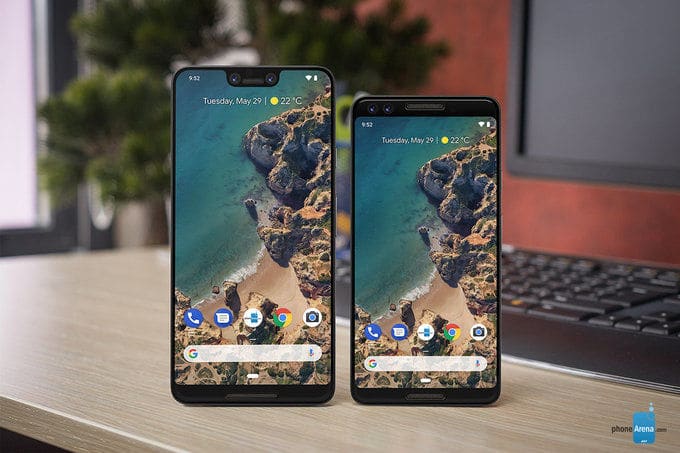 Remarkably, the protector for the Pixel 3 XL did have a notch, but not the Pixel 3. So there is something for everyone, you could argue. However, take this kind of details for the time being with a good grain of salt. After all, we are still talking about a rumor.

A rumor that has now been confirmed by @OnLeaks, a well-known leaker that has leaked unannounced smartphones numerous times. According to him, it is true that the Pixel 3 XL will get a notch, and the Pixel 3 will not. In addition, he got the screen sizes from his (usually reliable) sources. The Pixel 3 reportedly gets a 5.3-inch screen, the Pixel 3 XL a 6.2-inch screen.

Don’t know if it will look like that but I did this concept a couple of days ago (based on the screen protector leak). Thanks for the info as usual, Steve! ? pic.twitter.com/5V5XgrDfTr

We will only discover in October whether this information is correct. Given the track record of @OnLeaks, however, it is almost impossible that these are the plans of Google. Unfortunately, he has nothing to say about the mid-ranger, but that is only a matter of time…