Chinese smartphone manufacturer Oukitel, are here again; this time with the Oukitel U16 Max. The U16 Max is a 6 inch phablet with an amazing 4,000mAh battery. Announced in February, 2017 during the Mobile World Congress in Barcelona, this mid-range device comes with other decent features that should entice you – that’s if you’re into large screen phones.

To cut to the chase, let’s take a quick review of the Oukitel U16 Max and find out what makes the device worth your consideration.

Specs at a glance

For this device, you get a beautifully designed, metal-clad phone with a huge 6-inch display. Given the size of the Oukitel U16 Max, the weight of the device is quite heavy at 222 grams. You have the usual rectangular bar form factor, with chamfered edges and a curved back. Thickness is 9.15mm – not that bad when you consider the battery, but they could’ve done better. The overall design is quite nice as the screen fills about 72.22% of the device body. 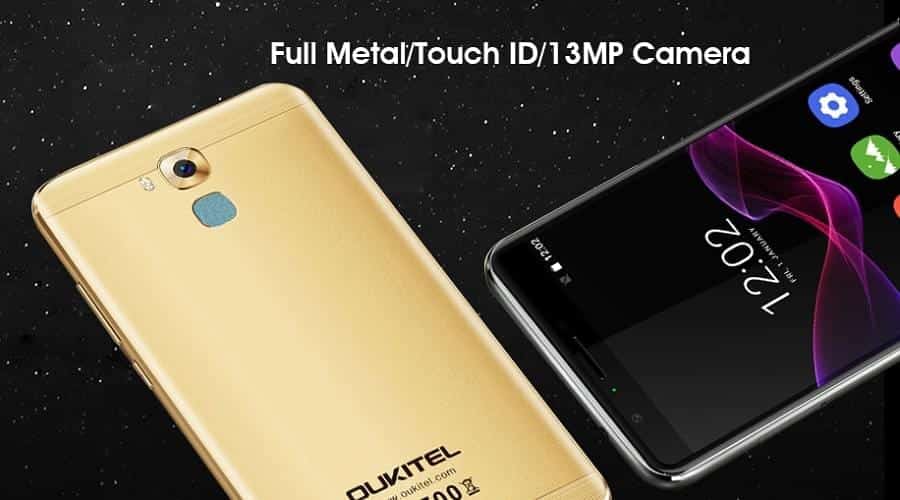 Screen resolution on the 6-inch display is 720 x 1280 pixels, translating into a pixel density of 245PPI. Aspect ratio is 16:9 and the display offers 16 million colors. The display is IPS with multi-touch support. The screen is also a 2.5D one.

The Oukitel U16 Max comes with a MediaTek MT6753 chipset that features an octa-core processor with a clock rate of 1.5GHz maximum and complemented by a Mali-T720 MP3 GPU. This chipset is energy efficient as it doesn’t strain the battery. There’s 3gigs of RAM and internal storage is 32GB, which can be expanded further to another 32GB via a microSD card.

The Oukitel U16 Max comes with the new Android v7.0 Nougat pre installed. With the latest iteration of the Android OS, users are afforded a great software experience with some interesting features including gesture unlocking, multi-window app support, screen recording and much more.

Due to the size of the device, it might be difficult handling it with one hand, as a result, Oukitel have included a one-hand mode where the screen is kinda compressed for easy operation on one hand.

Other interesting hardware features for this device are the presence of a fingerprint scanner; and also proximity, light, and accelerometer sensors.

At the back of the U16 Max is a 13MP shooter with an aperture of f/2.2. This camera has auto-focus capability and can record Full HD videos. There’s also support for HDR and panorama captureing. On selfie duty is a 5MP front-facing camera with a smaller f/2.0 aperture.

Together with the screen size, the batter is the main selling point of this device. The battery capacity on the Oukitel U16 Max is 4,000mAh. To add icing on the cake is the fact that there is a quick charging feature to get this battery up from 0 to 100% in no time. This battery should be enough for a day’s use for most users.

The Oukitel U16 Max supports the usual GSM network bands as well as 4G/LTE support in the major bands – although you’ll have to check if it will work in your region. And a downside is the fact that the device doesn’t support VoLTE.

The Oukitel U16 Max isn’t a flagship device, and doesn’t come with specs that are found in the high-end phone spectrum. However, this device offers some great features like a large screen and a massive battery and at a bargain price. The only flaws I find are in the absence of a Full HD screen and the weight of the device – it’s hea