Towards the end of last year, LG announced its all-new LG K series of smartphones in preparation for its CES 2017 event in February. Now, the company has started launching the smartphones in the series under other names in the Korean market, as it has done to other smartphones it has launched in the past.

Both the X400 smartphone and the K10 device bear same specifications save the HD DMB feature present in the K10 device which is aimed at enhancing mobile TV experience.

Starting from its display, the LG X400 packs a screen size of 5.3-inch making use of the IPS LCD capacitative touchscreen. The smartphone possesses a screen resolution of 1280 by 720 pixels and a pixel density of ~277 ppi.

A 2GB RAM capacity for a smartphone is not mind-boggling in this present age, but that is how the LG X400 comes, also featuring an internal memory of 16GB which can be expanded up to 256GB using a microSD card.

Talking of its processor, the device is powered by an octa-core Cortex-A53 processor with a speed of 1.5GHz and a Mali-T860MP2 processor powering its graphics.

The smartphone has a dual Nano SIM slot with the presence of a USB Type-C port to support USB OTG, also giving the device an edge as it enhances faster file transfers and charging of the device. Other connectivity options include; Wi-Fi, GPS, NFC, Bluetooth, 3G and 4G LTE.

The LG X400 device has a battery capacity of 2800mAh which should be enough to last more than 15hours on average use.

The LG X400 has a fingerprint sensor which is conspicuously placed under the rear camera. Asides that, the phone has an array of sensors which include an accelerometer, compass and proximity sensor.As regards the software, the device runs on the Android 7.0 Nougat, an upgrade from the X300 which runs on Android 6.0 Marshmallow.

As regards the software, the device runs on the Android 7.0 Nougat OS, an upgrade from the X300 which runs on Android 6.0 Marshmallow. 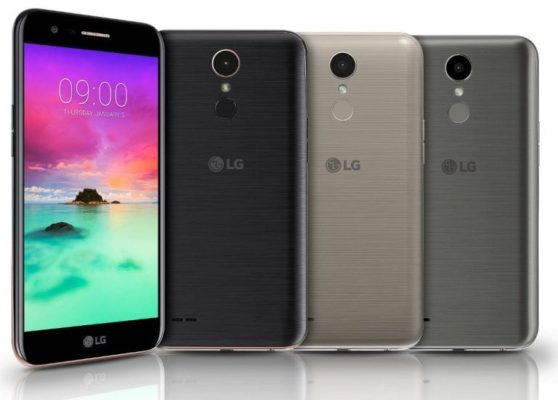 Although not available for purchase now, the LG X400 smartphone is expected to come in black and Gold colours and sell at a rate of 319,000 Won equivalent to 280 US dollars.