Samsung Mobile have released a 2017 version of the Galaxy J2 smartphone. The immediate predecessor of this newly launched device is the Samsung Galaxy J2 (2016). The Galaxy J2 (2016) is a 5 inch beauty that had a special type of notification LED light on the rear and came in single SIM and Dual SIM variants. 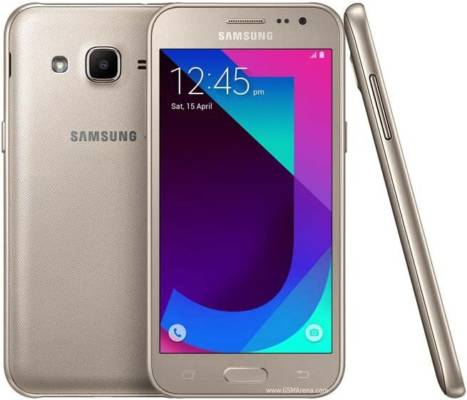 Like other versions of the Galaxy J2 devices released annually, the Samsung Galaxy J2 (2017) is a more of a low-end smartphone. The device has a really petite appearance and feel as it comes with a 136.5 x 69 x 8.4 mm dimension and weighs only just 130 grams. The device comes with about 4 hard-keys – the home button on the front, the lock button at the right hand side, then the volume up and volume down buttons at the left side.

Per visuals, the Samsung Galaxy J2 (2017) comes with a 4.7 inch Super AMOLED capacitive touchscreen with a resolution of 540 x 960 pixels display resolution and a pixel density of 234ppi. The display size has been cut down compared it’s predecessor.

The Samsung Galaxy J2 (2017) comes with the Android v7.0 Nougat operating system and a moderate RAM size; 1 GB. Samsung utilized an Exynos 3475 chipset on the device and it runs on a Quad-core A7 processor that clocks a speed of 1.3 GHz.

The Galaxy J2 (2017) comes out-of-the-box with a built-in storage capacity of 8GB. There is also a dedicated Micro SD card slot for expansion to the time of 256 GB. 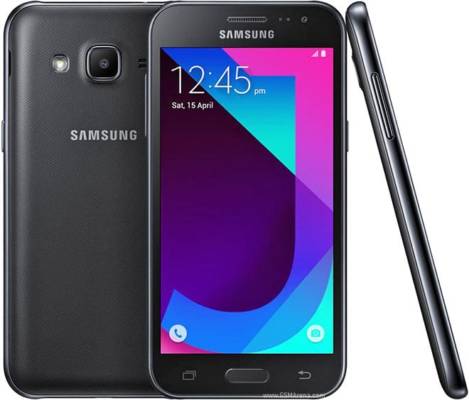 The device comes with a 5 megapixels primary sensor on the rear. The device is flanked to the left by the LED flash light, and to the right by the device’s loudspeaker.

On the front, the secondary camera is a 2 megapixels sensor with the same f/2.2 aperture as rear camera but it lacks an LED flash.

Regarding power, a removable and replaceable Lithium Ion battery with a 2,000 mAh capacity keeps the Samsung Galaxy J2 (2017) running.