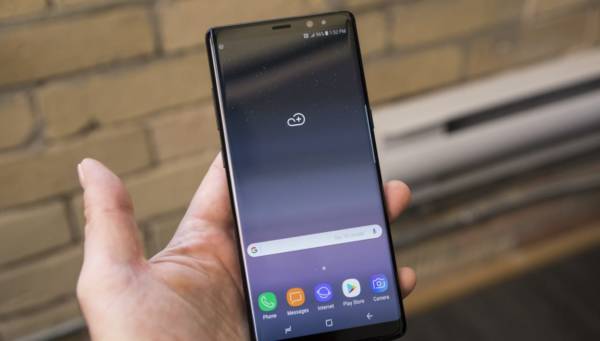 At the moment we have leaked out according to the report published on “android authority”, a website specialized in smartphones, stating that the Korean giant, Samsung is currently developing a phone that depicts videos at 1000 frames per second, yes, as I heard this is a very significant number in the world of Smartphones, but hope that the talk on paper is practically implemented.

We believe that the phone that will come with this feature if Samsung was able to apply it is the Galaxy S9, Samsung launched on the project name three-layered image sensor or sensitive in three layers.

In the normal camera settings, the camera sensor and an electronic panel are responsible for taking the picture. The electronic panel gets the image through the sensor behind the lens, and by doing some calculations the image is on your phone screen, but Samsung has added a chip called DRAM to help In the process of filming the video so that the camera can take 1000 images per second while filming.

Sony has the Sony Xperia XZ Premium, which portrays the HD video at 960 frames per second. Samsung seems to have noticed this and wanted to implement a 1000-frame frame-rate camera. But Japan’s Sony was originally a professional manufacturer of cameras with all its professional cinematography, even digital ones. The experience here for the Japanese giant will not be difficult for them to implement a camera that captures footage of this magnitude.

We do not know for sure what quality Samsung will be looking for. If it will shoot at 1000 frames per second, will it be in HD, Full HD or 4K, will it be the quality expected, or will it be a poor three-layer technology where Sony succeeded? Will the Korean giant succeed? These are the questions, and there is another issue whether Samsung will pay the fees and intellectual property rights to Sony because it is a pioneer or will Samsung avoid paying any money to Sony.

Many of the smartphone companies use the sensors of Sony on their phones, and among these companies, Samsung uses many of the sensors in the Sony phones, most Samsung phones use sensors from Sony. It is possible in the coming period to see in the USA the Galaxy S9 with the Sony sensor for the Korean giant to implement what it said about the launch of a phone camera to shoot videos at 1000 frames per second. The price of the phone can be expected to start from $1000, whether to accept this price or not we believe that the Samsung phone will exceed this amount.