Samsung Z2 is Samsung’s latest budget offering which would hit the market any time soon and the unique thing about the device is that it will not boot Android OS but intsead will run on the relatively new Tizen Operating system developed by Samsung. 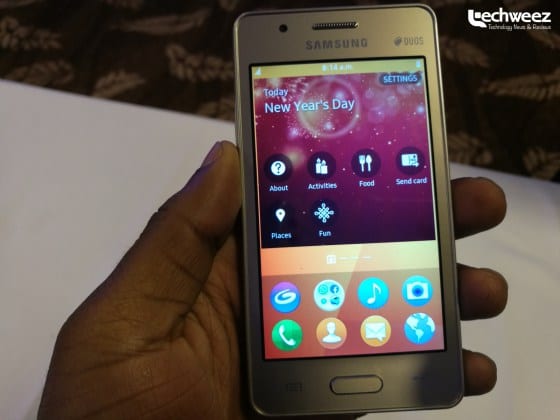 The Tizen based Samsung Z2 brings to the table modest specs and features which makes it not too spectacular but highly affordable. Samsung is said to be testing the acceptibility of its Tizen OS with the device and with the low level specs, it won’t fly in the more class based European and other markets thus the decision to release it first in Africa and India.

In the specs region, the Samsung Z2 is said to sport a 3.97-inch LCD display like the Z1, with a resolution of 800 x 480 pixels. The device is powered by a Quad-core 1.5GHz processor touted to be an Exynos chipset. The device is said to feature a higher RAM size with 1GHz of RAM and 8GB of internal storage. The smartphone will boot Tizen v2.4.0.1 out of the box. 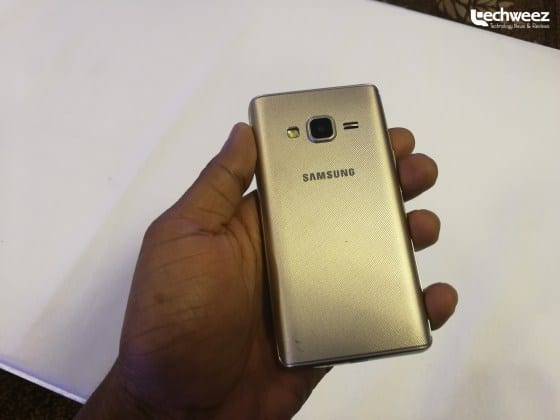 On the camera terrain, the Z2 is said to have a 5MP rear facing camera with LED flash and a VGA camera at the front. The Samsung Z2 smartphone also features essential connectivity features like LTE, WiFi 802.11 b/g/n, Bluetooth 4.0, GPS, Glonass and a Micro USB 2.0 port.

Providing the power for the device is a  minimal 1500mAh battery just like on the Z1. The Samsung Z2 is rumored to be priced around $68, which is about N21,000 in Nigeria. The device will come in Gold, Red and black colors. So what do you think, would you go for a Tizen OS phone?