Many smartphone-manufacturing companies are gearing up to introduce new devices at the Mobile World Congress event on the 27th of February, and Sony is surely not going to take the  backseat. The company famous for its audio and camera gadgets has been rumoured to be preparing to announce some mid-range smartphones at the event, and now a new smartphone, the Sony Pikachu has been spotted on AnTuTu and GFXBench.

The smartphone has been seen in leaked images and few leaked specs before, but this is the first time we are seeing the codename Pikachu, and its listings on popular benchmarking sites AnTuTu and GFXBench reveal more details about the device.

The Sony Pikachu has a 5-inch display with an HD (1280 * 720) pixel resolution. According to the images, the phone has on-screen navigation buttons and has a square design, typical of Sony smartphones. The bottom bezel of the smartphone in the image looks very big with no hardware embedded in it, and I’m hoping it won’t be that big or something will be on it when the device is finally released.

Under the hood, the Sony Pikachu is powered by a 64-bit octa-core MediaTek Helio P20 processor which runs on the 16nm process and has a 2.3GHz clock frequency. It has 3GB of RAM and 64GB of internal memory which can be expanded with a microSD card, and an ARM Mali T880 GPU powers its graphics operations.

The Sony Pikachu sports a 23MP camera with LED flash at the rear, while an 8MP camera handles photography at the front. The phone supports 4G LTE networks and runs on Android 7.0 Nougat out of the box. 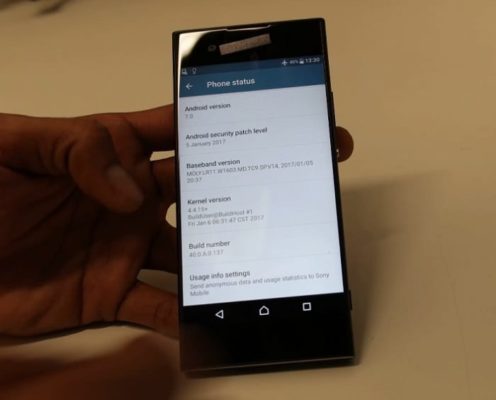 Availability and Price of Sony Pikachu in Nigeria, Kenya & Ghana

The Sony Pikachu would be launched at the MWC 2017 event on the 27th of February, alongside with some other Sony smartphones whose details would be revealed soon. The launch event would be streamed live by Sony.