The Vivo Y7s is another upper mid-range smartphone from Vivo. The phone was announced in China as Vivo Y7s, while in some region it comes as Vivo S1. The handset features a waterdrop notch with a large screen display size, a good RAM, generous inbuilt memory and impressive camera set-up as well. Below is the phone full specifications with features and the price.

Table of contents: show
1 Vivo Y7s Key Specs And Features
2 Design And Display
3 Camera Features
4 Hardware And Software
5 Storage Capacity And Sensors
6 Battery Power And Network Connectivity
7 Vivo Y7s Full Technical Specifications
7.1 General
7.2 Network
7.3 Design
7.4 Display
7.5 Camera
7.6 Software
7.7 Hardware
7.8 Connectivity
7.9 Battery
7.10 Media
7.11 Other Features
7.11.1 ==> Disclaimer: Specifications, Features & Price Shown For The Above Device Was Entered Manually. We Can Not Guarantee That The Info On This Page Is 100% Correct. If You Think That Any Information For The Current Device Is Wrong Or Missing, Please Don’t Hesitate To Contact Us
8 Vivo Y7s Price And Availability 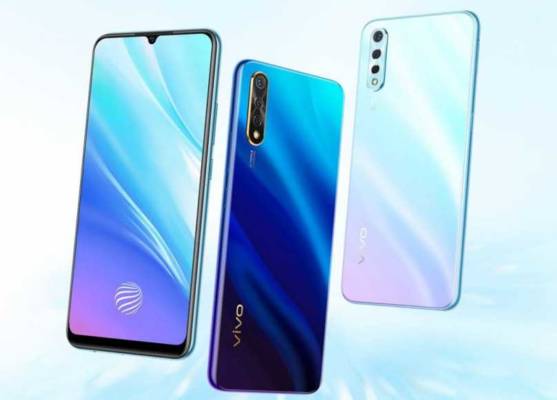 On the body, the Vivo Y7S is built with plastic which is not that bad considering the price. The handset packs a smooth panel that house the camera, an LED flash, and the fingerprint sensor is on the screen. It has body dimensions of 75.23 mm x 159.53 mm x 8.13 mm and weighs 179 gram.

On the front, the waterdrop notch on the device offers a large screen size of 6.38 inches FHD+ with Super AMOLED capacitive touchscreen. The screen has a resolution of 1080 x 2340 Pixels and 404 PPI density for clear visuals. There’s display protection of corning gorilla glass and it reaches up to 83.54% screen to body ratio.

The Vivo Y7s has a MediaTek Helio P65 (MT6768) SoC built by 12nm process technology with an octa-core processor that clocked at a maximum speed of 2.0 GHz. It has ARM Mali-G52 MP2, 2 Cores, 820 MHz GPU which will take care of graphics related issues and also for gaming. Booting the phone is Android 9.0 Pie operating system with the device customized user interface on top. 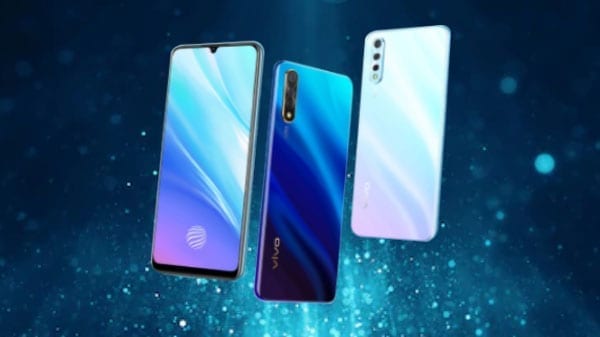 The Vivo Y7s has an internal storage of 128GB which is paired with an ample RAM of 6GB. You can still expand the memory with micro SD card up to 256GB. The sensors on the device are Proximity, Light, Accelerometer, Compass, Gyroscope, and In-display fingerprint sensor.

The Vivo Y7s has a nonremovable battery capacity of 4500 mAh without fast charging technology. The juicer will last a full day when fully charged. It has a dual SIM with 4G LTE network and other regulars such as WiFi, WiFi Direct, Micro USB 2.0 with OTG, Bluetooth and GPS, A-GPS, GLONASS, BeiDou for location tracking.

The Vivo Y7s is now available for purchase. The phone is selling for $260. It will be shipped in amazing colors such as Blue, and Lilac.