For a company coming back to smartphone production after such a long time, there must be unique on offer, and such touch of uniqueness isn’t missing in the YotaPhone 3 which features two different displays, one on the front and one, which is always on, at the rear. 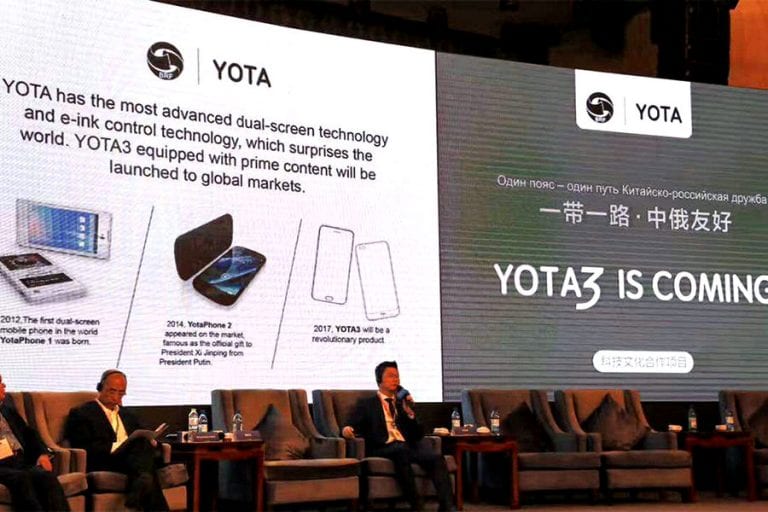 The YotaPhone 3 has a normal 5.5-inch display which has a Full HD (1920 * 1080) pixel resolution and is made with AMOLED panels at the front. In addition to this, it possesses an always-on display which has full-touch control capabilities, is made with electronic paper display (EPD) technology and has a 5.2-inch screen size.

We don’t know much about the design language of the phone yet, but from its display specs, we know that it’s going to be a high-end smartphone, so it should have a metal unibody design.

The YotaPhone 3 is powered by an octa-core Snapdragon 625 processor which can clock speeds up to 2 GigaHertz, and its graphics operations are handled by an Adreno 506 GPU. The phone has 4GB of RAM and 128GB of expandable internal storage.

It sports a 12MP camera with 4K video recording and a dual-tone LED flash at the rear, and a 13MP camera upfront to capture splendid selfie photos.

A 3200mAh battery provides running juice for the YotaPhone 3, allowing it to run for almost a full day on heavy usage. It has a USB Type-C port which aids charging as well as file transfer speed.

On the hardware side, the 3.5mm audio jack has been removed and audio streaming is now done over the USB Type-C port. We expect that it will feature a fingerprint sensor embedded in its physical home button below the display at the front.

The YotaPhone 3 runs on the latest version of the Android OS, Android 7.0 Nougat out of the box.

Availability and Price of Yotaphone 3 in the U.S., India & China

The YotaPhone 3 is rumoured to go on sale anytime between the end of September and the end of the year. The variant that comes with 64GB of internal memory will be sold for around $350 while the one which comes with 128GB will cost around $450.