Samsung Mobile till now is still the king of all Android smartphones ranging from low-end, entry-level or high-end phones are made with excellent quality standards. Speaking smartphone class high-end, Samsung has a new hero named Samsung Galaxy C9 Pro that pulls a 16MP selfie camera and large 6GB RAM. 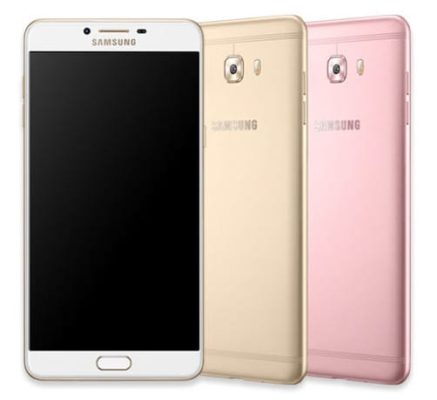 In addition, there are other attractive features such as wide 6.0-inch Super AMOLED display, Snapdragon 653 processor and a large battery which has a capacity of 4000 mAh.

1. Because it has a 6.0 – wide screen, the Samsung Galaxy C9 Pro difficult to use with one hand.

The Samsung Galaxy C9 Pro smartphone has a luxurious look with a beautiful design and a widescreen 6.0-inch Super AMOLED feast for the eyes. But the screen is too large for a smartphone and also pose some problems, one of which is you will experience difficulties when using the phone with just one hand.

Samsung is known as a brand that is always up to date when it comes to software used on new smartphones. But at Samsung Galaxy C9 Pro, Samsung just immerse Android OS v6.0 Marshmallow, and this is not the most recent of Google program. The latest operating system today is Android v 7.0 Nougat.

3. It has a 16MP resolution camera but not equipped with Optical Image Stabilisation features.

The Galaxy C9 Pro is kind of cool with a 16MP primary camera equipped with Phase Detection, Autofocus and Dual-LED Flash. Results of the picture quality are also excellent, but Samsung forgetting the OIS (Optical Image Stabilization) feature that usually comes with high-end smartphones. The OIS (Optical Image Stabilization) feature serves to cushion the shock that a picture/video taken is not blurred.

4. It has a 16MP selfie camera, the quality is excellent, unfortunately not equipped with LED Flash.

The 16MP selfie camera resolution is one of the selling points of the Galaxy C9 Pro for taking good quality selfie photos or great video calls, but unfortunately, this device is not equipped with a LED Flash, so selfie results are less good at night.

5. The Non-Removable battery on the Samsung Galaxy C9 Pro is hard to change.

Non-removable battery is now commonly used in smartphones. Battery of this kind usually lasts longer because it is not often removed. This type of battery also has its drawbacks, because if you want to replace the batteries, you will have to take it to a service centre and a new problem may come up during the process of opening the device.