And in this article, I will show you those 5 best iPhone launchers for Android that feels original. So, if you are one of those people who can’t afford an iPhone but yet want to experience it, then you are dropped in the right article.

Before I show you those launchers, let me first explain everything related to it so there will be no doubt left in your mind.

What is iPhone Launcher?

In most iPhone launchers, you will get a plethora of options to set your desired style. Like you can customize notification style, change theme and wallpapers and stuff like that.

It’s not true that iPhone launcher will replace the Android function after activating it on Android phone. It’s only a myth that most of the Android user believes in even they don’t have tried once. Any app or launcher has the capability to change only the looks and style, not the functions of Android.

You may have heard about the booster that promises to accelerate hardware to improve the performance of the phone. Well, what they do is Program and implement a feature that close every possible processing and that ultimately boosts the performance. So, believe in the data that has state by a person who has experienced it.

Can you remove the iPhone Launcher from an Android and revert to the deafult Launcher?

To make it more easy for you, here are the steps to remove iPhone launcher from Android even if its not available in App drawer:

When you uninstall the iPhone launcher, you may see a black screen for a while. It’s normal, and it happens in most of the Android phones. Even more, you may feel your Android will get a little slower. To instantly fix these issue, clear the cache of the phone from storage in the settings and restart your Android phone to let it completely opt the default native launcher again.

Now, let me show you those best iPhone launchers for Android to best experience the iOS without having the device that comes with iOS installed (iPhone, iPad).

here are my 5 favorite and free iPhone launchers for anybody who want to experience iOS on Android phone: 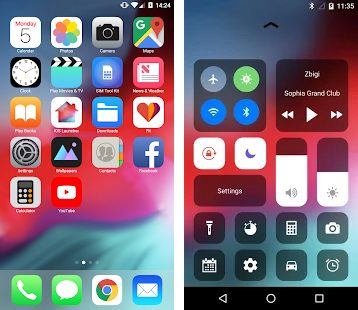 It the best and latest iPhone launcher available right now in the app store for free. Launcher iOS 12 is based on the latest iOS version, and you will be able to see all the new elements that have added in real iOS 12 on this iPhone launcher for Android. Launcher iOS 12 is the most rated iPhone launcher, and it has been downloaded more than 5,000,000 and high rated by more than 262,920 users. And in most reviews, it’s clearly showing that there is no better iPhone Launcher available for Android than this one.

So, if you as me to recommend any best launcher for Android device, then I will recommend Launcher iOS 12 because of lots of reason. First and foremost, it is well customized, and it will consume less battery compared to other iPhone launchers. And there are similar advantages it has; I highly recommend to check it out. 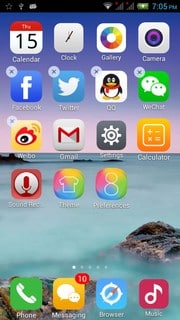 This launcher has a simpler UI and with the iOS theme. To really experience the iOS on Android, One Launcher is perfect. However, it has an iPhone like transition effects, icon packs, style, and layouts. You will be stunned when you use it because it really works smoothly even in low-end phones. One Launcher developer has well-taken care of battery and performance.

I highly suggest using One Launcher to experience iOS on your low-end Android phone. It will not cut off the performance and will consume less battery.

It is the most popular iPhone launcher made for Android phones. Launcher for iPhone 7 is pretty much same as iPhone 7 device launcher looks. Everything in this launcher is styled exactly that has in real iPhone 7. Literally, you won’t be able to find any difference if I present you with the body cover removed. From stock wallpapers to icons pack and theme are similar to what we have seen iPhone 7.

If you love the iPhone 7 so much but don’t have money to buy it, use the Launcher for iPhone 7 to satisfy yourself and save those hundreds of dollars. 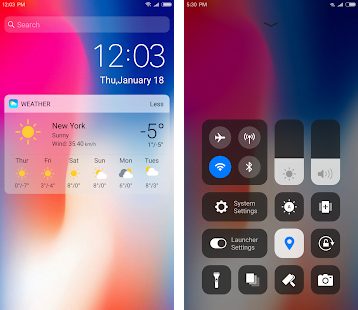 This one is the lightest iPhone launcher that I have found on the Google Play Store. iLauncher for OS 11 is based on OS 11, and all the UI will get changed in your phone similar to OS 11 if you activate it. iLauncher is a stylish, fast and lightweight launcher and it only has 4MB in size. It has all the main features you ever saw in OS 11 like Latest Wallpaper and Icon Sets, Fast Control Center, Powerful App Manager, Various Themes, Screen Animation Effects, and more.

The best feature I liked about iLauncher for OS 11 is it has 8 different screen animation effects, and all of them are super cool. 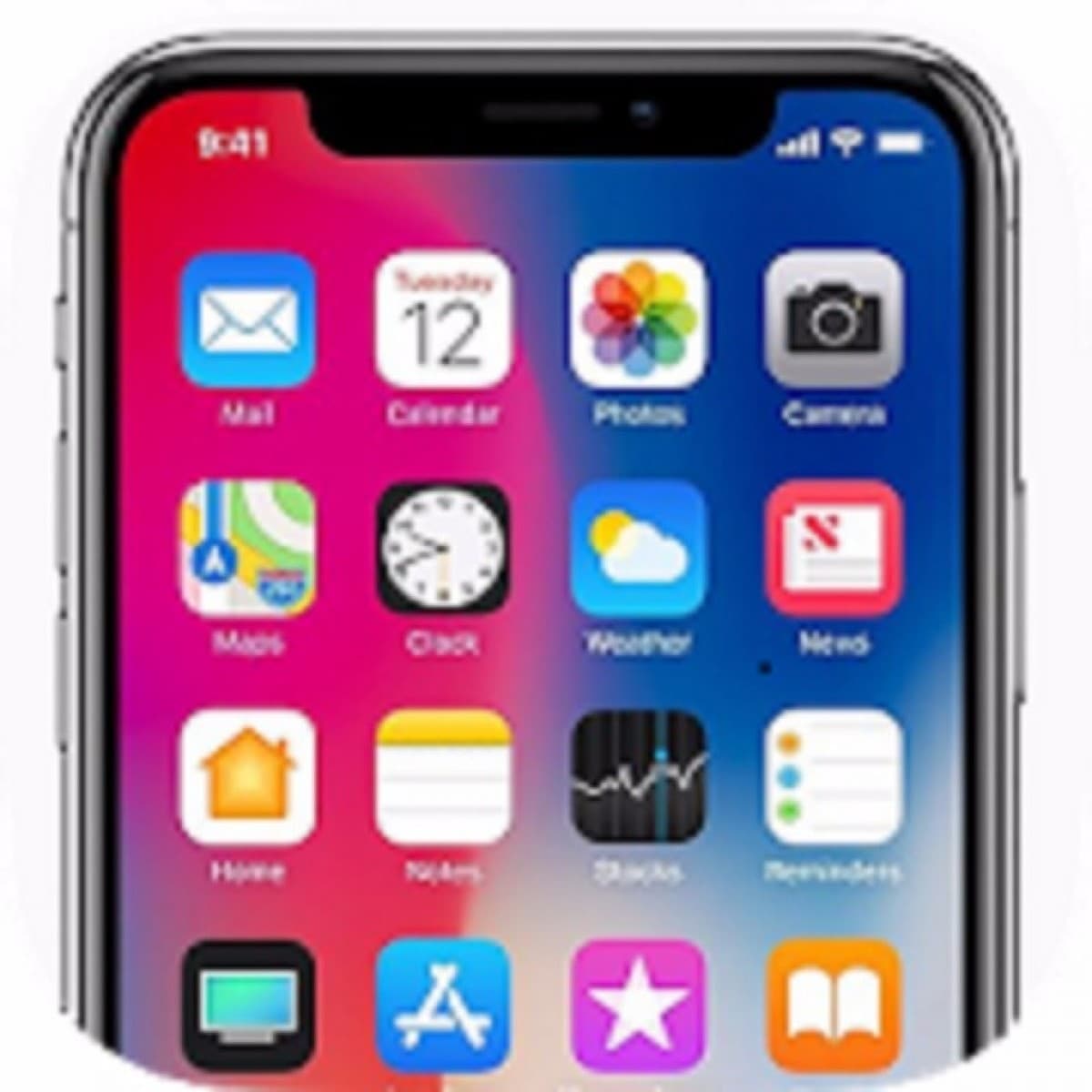 It is also similar to Launcher iOS 12. If you love the Phone X launcher then don’t wait for the time when you have that much money to buy the phone, just install Phone X launcher on your Android and live your dream. Phone X Launcher comes with OS 12 which is the latest OS and using this launcher you can experience OS 12 in real. The style, icon packs, transitions, and every little thing is added in Phone X launcher.

It’s free, and you can safely use it on your Android phone. Click on the link below to download it from Google Play Store.

Yes, it’s true that you will get less battery backup if you use any extra launcher in your Android phone including iPhone launchers. Launchers come with tons of features that increase processing in the background of the Android. And that the more you processing will be running in the background of your Phone, the more battery consumption will be taken. To prove it, remember how fast battery goes down when you play games on your Android phone?

Tons of processing happens in the background when you play a game on your Android. Similarly, Launchers press hard as games do and that’s why you will see a bit fast battery lowering when iPhone launcher will be active. If you use Lightweight iPhone launcher like the one I suggested, then you will be far away from fast battery draining problem.

I want you to comment below on which iPhone launcher you liked the most from the list. You can also put your question below if you have one, I will like to answer it. See you in the next one.